Do You Know A Fred? 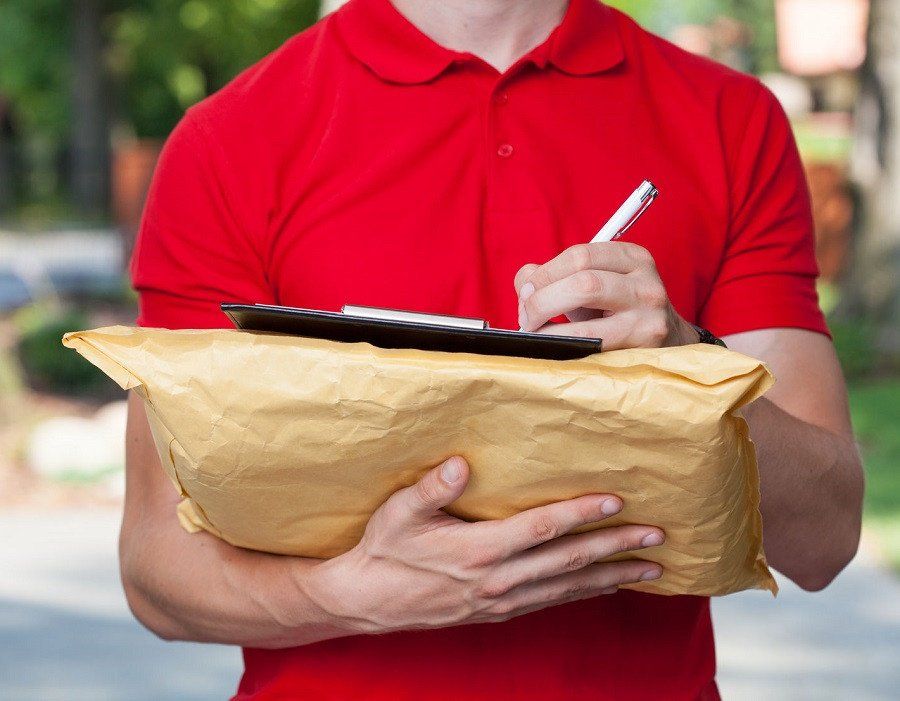 There was once a postman named Fred. He was “just a postman” to many, and probably didn’t get any recognition for the kind of work he did, but Fred certainly left an impact on Mark Sanborn.

Sanborn is a renowned leadership expert, bestselling author, and a professional speaker. When Sanborn moved to Denver, Colorado, he was – at that time – required to travel 160 to 200 days a year for work and so he was never at home to collect his mail most of the time.

To avoid burglars from discovering that no one’s home, Fred had suggested that once Sanborn’s mailbox was full, he would collect and leave all the mail between Sanborn’s screen door and front door. He also assured Sanborn that once the area was filled, he would hold on to the rest of the mail until his return.

Sanborn was surprised to discover how dedicated and concerned Fred was about his mail. He was especially moved when a package delivered by the US Postal Service to the wrong home, was picked up by Fred, who ended up placing it under Sanborn’s doormat to make it less noticeable!

Fred was an example of a simple man, who genuinely cared about his customer and delivered value through his work. Through this incident, Sanborn concluded that “by learning how to be a Fred, it’s possible to do extraordinary work.”

Are you a Fred?

Sanborn went on to write a book called The Fred Factor. In order to be a Fred, he says we must build genuine relationships, continually create value for others, make a difference, and reinvent ourselves constantly.

Just take a look around you: Do you see a “Fred”? Chances are some of us (me included) may not have noticed the efforts of that one worker who has been going above and beyond to deliver his or her tasks, without expecting anything in return.

Leaderonomics spoke to a few unsung heroes or several “Freds” to learn about their jobs and how they’ve unknowingly impacted others in the process.

If you have visited Enggang apartments, Puchong; PPR Kampung Muhibbah, Bukit Jalil; or Kampung Pandan, Kuala Lumpur, you will find families living in dilapidated homes and dwellers who are uneducated, earn low wages, experience starvation, and live in hardship.

Here, Margaret makes a difference by spending almost all her days in a week educating and assisting these urban poor families through educational programmes.

In between juggling her role at all three locations, she also attends to the needs of her two school-going children and six foster children while being a single mother. She does not have time for herself, gets about two to three hours of sleep per day, and is sometimes not in the best of health, she admits.

“Even though I’m tired, the passion to help these people drives me,” she says.
When asked if anyone had thanked her for her contributions, she says, “They don’t know how to thank me. It’s fine. I don’t expect a reward from them. What I’m expecting is a change in their lives.”

Our thoughts: People like Margaret are a rare find. She is an unsung hero because she brings so much value to the urban poor to the point of sacrificing her time – and at times, health – to make a difference. 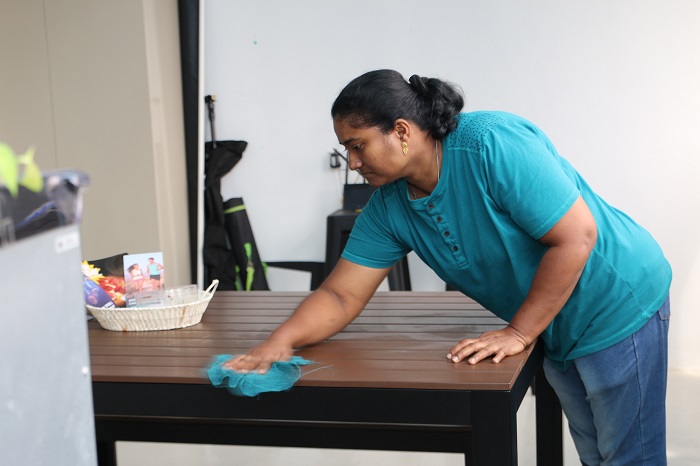 Zubaidah was 15 when her father died of a heart attack. She had to drop out of school to lend a helping hand to the family. Zubaidah dabbled with different jobs prior to becoming a cleaner.

Today, she services four companies by cleaning bathrooms, sweeping, mopping, vacuuming, and taking out the trash. Her shift begins at 7:30am and ends at about 2pm or 3pm on weekdays.
“It’s tiring, but I have no choice. . . I’m used to it,” says Zubaidah.

About 14 years ago, her brother got into an accident which left him partially disabled. This warranted her to help out more at home, and so the flexibility that comes with her current job was one of the reasons she is sticking to it.

“Of course if people acknowledge my work, I will be happy,” says Zubaidah, who mops the offices daily to keep them clean although some offices only require her to clean thoroughly once a week.

Our thoughts: It may seem like a small act, but Zubaidah is doing something extra without being told. To us, she is a “Fred”. We sometimes overlook the valuable contributions from people like her. Truth is, without people like her, our workplaces can end up being so unhygienic.

With a degree in business management and no practical experience in finance whatsoever, Sabariah took up the role of finance executive in her current company. While she is not passionate about what she does, she is relatively good at it and is in fact, overqualified for her job, according to some of her peers.

When asked what she dislikes about her job, she said, “It can be repetitive. I don’t mind doing it, but it isn’t challenging enough for me.”

However, she has been in the position for more than two years now, and has taken up a role in human resources on top of her role in finance, due to her people relations skill.

“Although I don’t work with clients, I view the employees as my stakeholders. They are my clients. And I try to make things easier for them,” she says.

Sabariah’s colleagues say she stays back till late in the office and at times, takes her work home to ensure she completes them well and on time. She would also personally text people to remind them of an approaching deadline so that they do not forget to file in their claims for speed processing.

Our thoughts: Yes, Sabariah is a professional but interestingly, we tend to overlook the significant contribution of those at the back-end in an organisation, such as HR, Finance and IT support. Sabariah sees the bigger picture of her contribution (despite the lack of passion for the job) and uses that as her source of motivation to get her job done well. 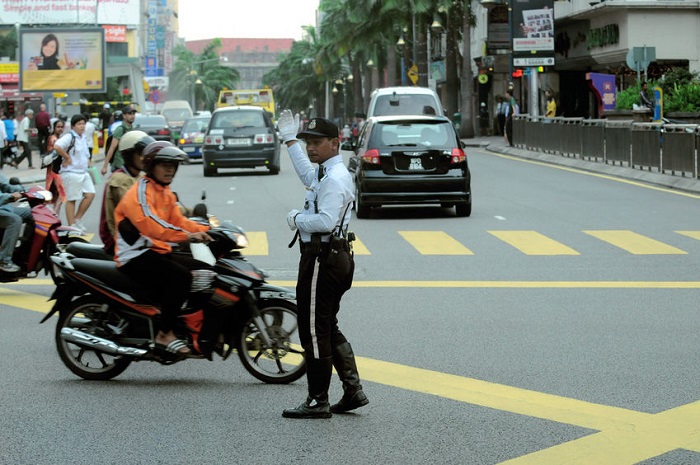 Note: This image is added purely for aesthetic purposes and does not feature the interviewee.

Raised in a family of servicemen, it was natural for Hazren to end up being a policeman after completing his secondary education. He volunteered to get enlisted because he had always admired his father’s and grandfather’s way of life but the job eventually became his passion.

Hazren laughed when he was asked whether the public gave him a hard time. “We face all kinds of funny characters 80% of the time, including people who are rude and obstructive.”

“It is not an easy job. People think cops are here to make life difficult for others but we only interfere when there is a security need or when someone disobeys the law but it is important for us to not lose our cool and learn to deal with all the different characters,” explains Hazren.

He adds that while most people avoid cops like a plague, there are people who’d treat them with respect and kindness. That, coupled with the internal motivation that he contributes towards the maintenance of peace and order in the country, keeps him going.

Our thoughts: Police, teachers and nurses fall in the ranks of noble and respectable professions and yet, we rarely see people appreciating them regularly – other than talking about it once a year when we celebrate the days dedicated to the professions – and this is something we should always be mindful of. 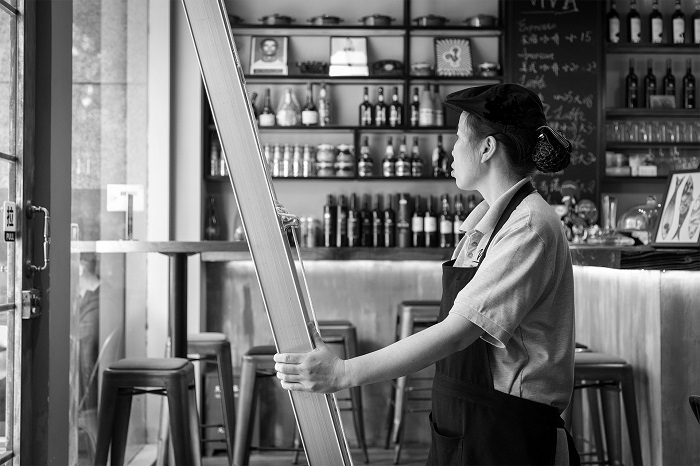 Note: This image is added purely for aesthetic purposes and does not feature the interviewee.

When Hashimah’s parents got divorced, she went to live with her grandmother. After SPM, she started working as she did not have the luxury of pursuing her tertiary education. Her first job was at a factory that manufactures clothing for Barbie dolls.

Today, she is married with four children and has been working at a fast food outlet for the past five years. One of her colleagues shared that Hashimah receives a lot of praise from customers for the work she does, simple it may be to some.

She humbly tells us that the best part about her job are her friends, and meeting and serving customers. When she is faced with rude customers, she keeps quiet, smiles and goes about doing her duties.

Sometimes, when the cleaner does not come in to sweep, mop, wipe and arrange the tables, she steps in and gets the work done.

Our thoughts: This lady’s sweet and pleasant persona explains why customers like her. The fact that she is able to make her customers happy, and keep her environment in order, demonstrates the qualities of a naturally responsible and caring individual.

Ying isn’t so fond of the idea of books and the typical approach to studying where you earn a degree that serves as an entry ticket to success. So, right after her SPM, she started working as a clerk near her home in Sungai Besar, Selangor. In 2016, she moved to Subang Jaya where she began working as a cashier at a grocery store.

A lot of people told her that the job was “not good enough”. In fact, her own mother advised her against it. Apart from the lack of support, she is also faced with rude customers who may at times, raise their voices especially if they have double-parked their cars and are in a hurry.

On a brighter note, Ying does get her occasional “thank you” and the job according to her has enabled her to hone her interpersonal skills and deepen her understanding of consumer behaviour.

Our thoughts: It’s obvious how society views jobs like cashiers, storekeepers and security guards. It’s disheartening that people fail to see Ying’s role as significant to the business. Without hardworking people like her – who are on their feet over eight hours a day, sometimes more – we can barely have a comfortable customer experience, seeing that we are constantly purchasing something.

From all the stories above, we can conclude that anyone can be a hero or a Fred, regardless of the status quo, income level, positions, titles, job types, etc.

All that counts is that they are working towards their own purpose (and not anyone else’s) and are content with the contributions they are making.

The message we hope to leave you with is that there are some individuals around us who are impacting the community they serve and are bringing so much value to the work they do.

Let’s take a moment to appreciate them and perhaps just offer a simple “thank you” to these extraordinary individuals who continually make a difference.

*The writer is ever so greatful for the help of her colleagues Tamara Jayne and Kamini Singgam for helping to collate some of the stories above.

All her life, Prethiba has been interacting and meeting people who are in different or unconventional job functions, and she never gave much thought to the value they brought to her. But now, things are different. 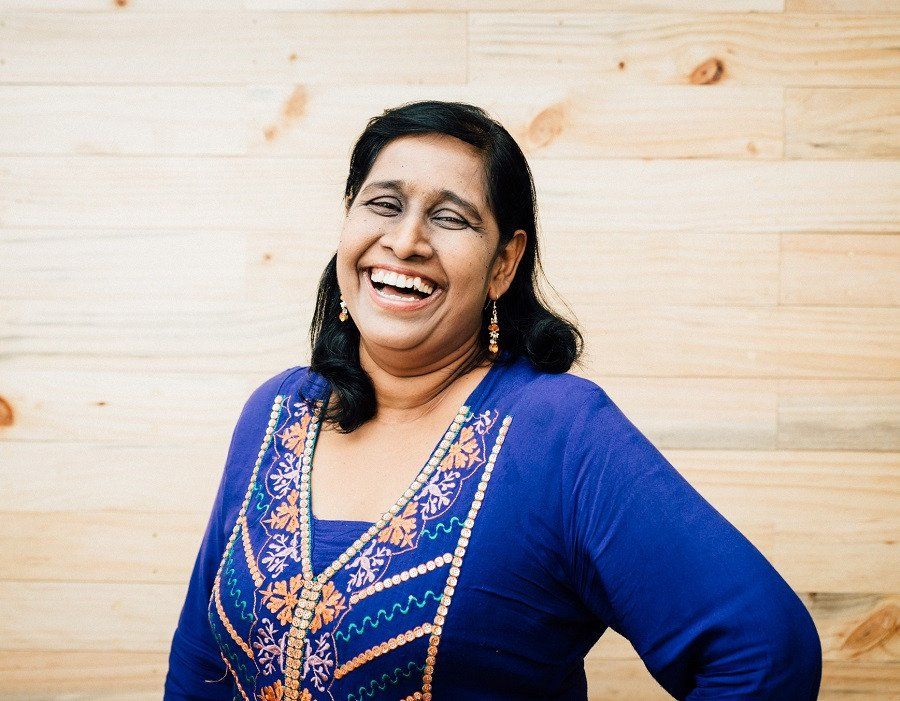 Celebrating A Hero Among Us!