How Happiness, Anger and Anxiety Can Help You Negotiate 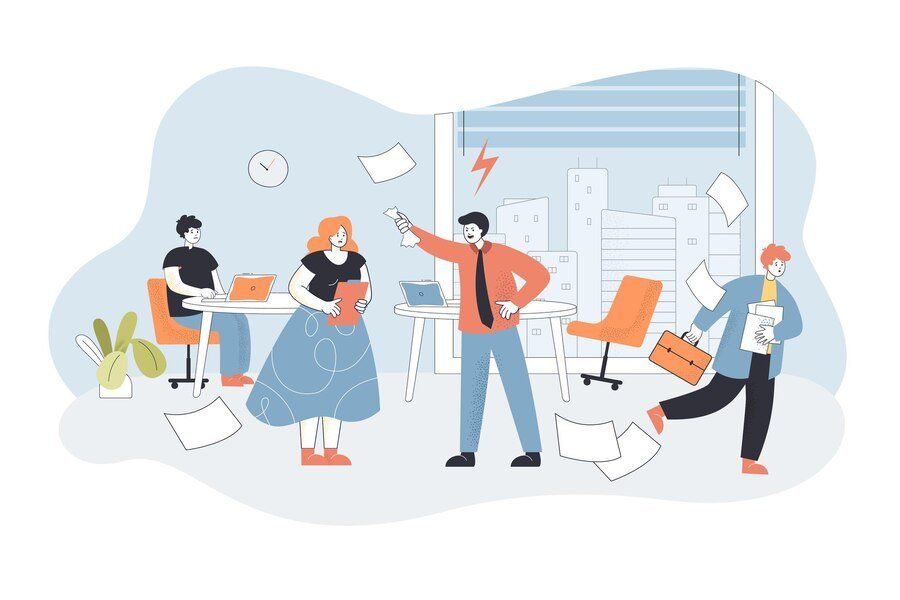 Don’t suppress your emotions – harness them to negotiate better.

Will, a marketing manager, was anxious about his upcoming review as he knew that his company was about to cut his department budget once again. During the review, his boss, Felicia, praised him for meeting a number of ambitious targets he had set.

However, as the Covid crisis had hit other divisions, compensation had to be slashed across the board. Will was initially angry that he would be paid less despite meeting his own targets. But he managed to keep a happy, upbeat attitude throughout the call, which ended on a positive note: Felicia agreed for Will to contribute 25 percent of his time to the logistics department, a skills-enhancing move he had been hoping for.

This May Interest You: How Good is Your Decision Making in A Crisis?

Emotions can add value to a negotiation

You might have heard the advice “Separate the people from the problem”, which was pioneered by Roger Fisher and William Ury in their 1981 negotiation classic, Getting to Yes. The idea is to set aside any potentially damaging emotions you might have about your counterpart and rather focus on the problem at hand in order to reach an agreement.

It may sound like great advice, but in practice, it is hard to ignore overpowering emotions. While seasoned negotiators, such as real estate agents, might stay cool after sealing scores of similar deals, most negotiators are bound to be overcome by emotions at some point. After all, the oldest structure in our brains is the centre of emotions.

In fact, emotions may even be critical for decision making. In 1848, Phineas Gage, a railroad construction supervisor, suffered an accident which left him with a large iron rod driven through his head. Although he survived, the rod destroyed much of his left frontal lobe. Gage’s intelligence was left intact, but at least by some accounts, his ability to make decisions was severely limited because he could not process emotions.

Research over the last couple of decades suggests that emotions (expressed or felt) can serve as valuable negotiation aids.

Instead of trying to act like a robot, it may be more helpful to recognise – and harness the power of – the emotions experienced during a negotiation. Just like in our scenario above, virtually every negotiator experiences three emotions: happiness, anger and anxiety. Let’s examine them one by one to see the influence they might wield.

Everyone likes to be around happy people, but in a negotiation, displaying happiness might signal that you are more flexible and that, thus, smaller concessions are needed. On the other hand, negotiators who express happiness during a negotiation are perceived as more trustworthy and as having higher integrity than negotiators who remain neutral or display ambivalence and anger, particularly in a competitive context.

You May Like This: How Happiness Builds Resilience and Creates a Better Life

Similarly, in a cooperative context, outwardly happy negotiators are seen as more moral and competent than ambivalent ones. When counterparties do not know each other prior to the negotiation, expressing happiness increases your likeability and the willingness of your counterparty to share information in a cooperative scenario.

Since happiness enhances relationship building and the exchange of information, it would be wise to reserve this emotion for the pre-negotiation stage – when parties discuss their interests and generate options – as well as for the post-negotiation stage. To ensure that your counterparty does not misinterpret your signs of happiness as an (excessive) willingness to concede, it is best to appear neutral during the bargaining phase of a negotiation. However, you should also avoid appearing ambivalent as you may be perceived as less moral and competent.

Just like happiness, expressions of anger could have a positive or negative impact on a negotiation. A recent meta-analysis of 64 different studies revealed that showing anger can lead to gains by soliciting concessions from the counterpart. However, the anger must be deeply felt, as staged anger can backfire.

Fake displays of anger are associated with increased demands and lesser concessions by the counterpart.

Low-power negotiators are more likely to infer that anger means toughness and to offer concessions to high-power counterparts. High-power negotiators, on the other hand, are less likely to concede to the demands of a low-power counterpart expressing negative emotions. Of course, the gains obtained from displays of anger involve a trade-off: Counterparties subjected to this treatment become unwilling to trust and work in future with the “angry” negotiator.

In practice, real anger might benefit high-power negotiators in a one-off transaction. For the benefit of building trust and safeguarding future interactions, however, parties interested in the continuity of the relationship are advised to leave displays of anger aside.

Read More: When Words Get In Our Way- How to Hang On To Your Equanimity

Anxiety is one of the most pervasive emotions experienced by negotiators, especially as they are about to begin a negotiation. This is unsurprising because negotiations are associated with high uncertainty and a lack of control. While anger often motivates individuals to escalate a conflict, anxiety promotes a “flight” response in some negotiators. Anxious negotiators tend to make lower first offers, respond quicker to offers and exit bargaining situations earlier. Ultimately, they obtain worse outcomes.

Interestingly, anxiety remains mostly harmless for people who believe in their ability to negotiate effectively (what researchers term “high negotiation self-efficacy”). In this case, the stress caused by negotiations results in arousal, which at moderate levels improves performance on difficult tasks that require attention, memory and problem solving.

As such, it is worth trying to reframe negotiations as an exciting challenge – or at least in a more positive light – in order to bring anxiety to more manageable levels. Another coping strategy would be to improve self-efficacy through additional negotiation training.

In our performance review story above, Will encountered all three emotions – anxiety, anger and happiness – during an important conversation with his boss. Anxious about the fate of his job, he channelled his fear into preparing well for the meeting. While he felt angry by the salary cuts despite his own excellent performance, he was ultimately happy to retain his job. With all emotions properly managed, he maintained a great working relationship with his boss, which helped him get his foot in the door of another department.

Watch this video below to learn more about emotions in workplace! We hope it encourages you!

If you want to read more on the topic above, there is a good compilation of articles in this amazing learning app called Necole. Necole is a state of the art learning platform that curates personalised learning just for you. **SPECIAL OFFER - Use this code ABETTERME and get a 5% discount on your subscription to Necole. To find out more about Necole or to subscribe, click here. 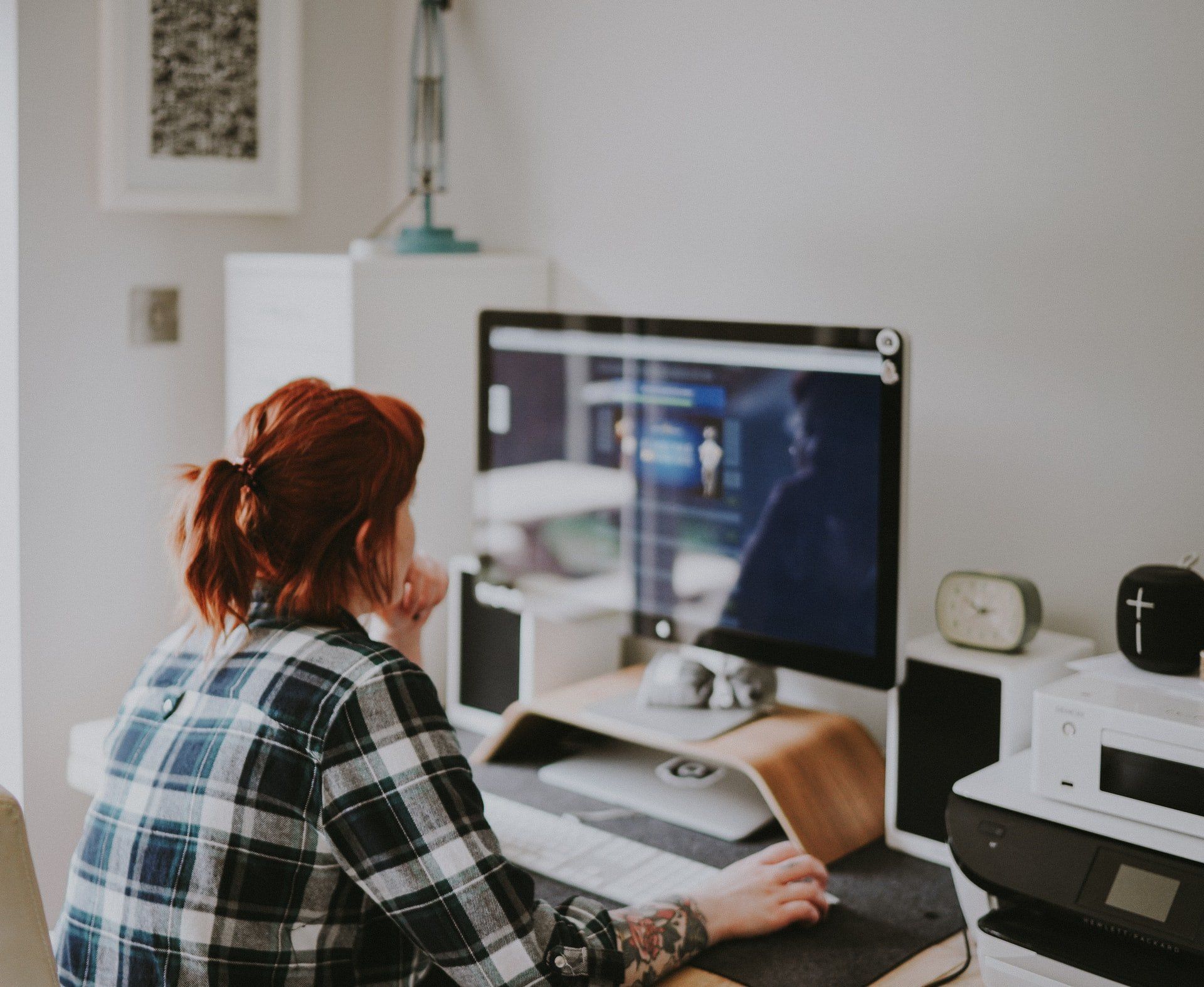 The Future of Work is Hybrid

Alena Komaromi
Alena Komaromi is an INSEAD MBA, Entrepreneur and Financial Services professional, most recently in Wealth Management in Zürich, Switzerland. A keen follower of win-win negotiations strategies, Alena likes to write articles and blogs on this topic. She received a Master’s degree in Energy, Trade and Finance from Cass Business School.