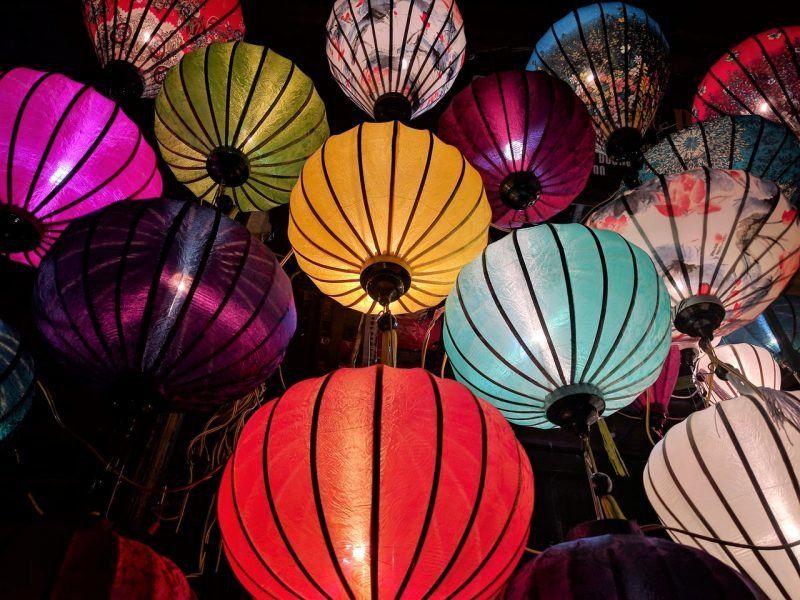 One of the most popular classes at Harvard University today is a deep dive into the wisdom of the great Chinese philosophers – scholars who lived over 2,000 years ago. We all know their names – Confucius, Mencius, Zhangzi and Lao Tzu – Eastern sages who devoted their lives to exploring what it takes to flourish in life, and who often landed on counter-intuitive conclusions that stand in stark contrast to traditional Western thinking.

“Your lives are about to be profoundly changed,” Michael Puett tells his students on the first day of class. The professor begins every new semester knowing that the time-tested and spiritually informed ideas of the Chinese scholars will likely fully transform how his students go on to operate in the world.

After taking Puett’s class as a PhD student, Christine Gross-Loh astutely realised that far more people than just Ivy League students needed an introduction to classical Chinese philosophy. She urged Puett to collaborate with her on a book – and effectively, make his research available to us all.

Just recently, the pair published, “The Path: What Chinese Philosophers Can Teach Us About The Good Life”, and it’s become a New York Times best seller. While nowhere is it clear in the title, many of the book’s most provocative ideas also have direct application to workplace leadership.

After fully digesting The Path – and then spending considerable time discussing it with Gross-Loh, I’ve spotlighted three pieces of ancient wisdom that are not only likely to challenge your personal views on how best to excel in the world; they might just send your own life into a positive new trajectory:

1. The World Is Messy and Fragmented

Most of us see the world as a harmonious whole – stable and mostly under our control. But in the view of the ancients, this is pure illusion and entirely wishful thinking. Instead of being cohesive and reliable, they saw the cosmos as fragmented, chaotic and very often messy.

“Our lives are messy, our actions are messy and our personalities are certainly messy,” Gross-Loh told me.

“We tend to behave as if the world is fully coherent and this assumption affects all our decisions. Consequently, we’re often taken by surprise whenever things don’t work out as we expected.”

Importantly, the Chinese philosophers weren’t offering a doom-and-gloom projection of things; they were simply realists. In their view, once we accept that nothing is ever stable, we’re able to live far more expansive lives.

Ming And The Unpredictability Of Life

In the Chinese wisdom tradition, the word “Ming” asserts that we live in a capricious universe. Translated into English, the word variously means “fate,” “destiny” or “heaven’s commands.” In one sense, Ming explains the tragedies and setbacks that befall our lives no matter how thorough our plans or preparations. Ming reminds us that our best-made decisions are never guaranteed against arbitrary, sometimes calamitous events.

But while an understanding of Ming teaches us to maturely anticipate that difficulties in life will occur, it also tells us to be open to windfalls – the unexpected, synchronistic opportunities that occur just as often in life. According to the ancients, infinite potential exists in the universe. But when we hold too tightly to a plan, or to rigid expectations of outcomes, we unwittingly undermine our faculties for recognising the unexpected opportunities Ming sends our way.

As the administrator for the September 11 Victim’s Fund, attorney Kenneth Fineberg spent nearly two years working with people whose lives were suddenly and irrevocably changed by the World Trade Center and Pentagon tragedies of 2001.

In a recent PBS interview, he offered this Ming-based insight:

2. Ask Our Hearts To Weigh In

When it comes to making life’s most important decisions, we’re taught in the West to rely solely on our rational minds.
Aligned to this, businesses have repeatedly chosen the brainiest people for leadership roles – purely rational thinkers who masterfully marginalise their feelings and emotions, and make their “best” choices through careful calculation and hypothesis.

They take comfort in the belief that by reducing experiences to measurable data, they can somehow master chance and defy fate.

But according to the ancients, especially Mencius, excluding the heart in decision-making is massively misinformed and self-defeating.

Mencius believed that what truly distinguishes society’s most effective people is their determination to remain closely in touch with their emotional side. Human beings’ function as logical beings and intuitive beings, he asserted – and only when we use both can we maximise our effectiveness.

Xin And The Heart-Mind

It’s remarkable, really, that the Chinese word for mind and heart is actually one and the same – “Xin.”

This tells us is that at least two millenniums ago, Chinese wordsmiths captured a societal belief that the human heart and mind (“heart-mind”) must work in partnership to be successful. Our wisest choices cannot come from thinking things through rationally alone; they only can come from a complete understanding of what our “heart-mind” knows is the right thing to do.

Our fear in Western civilisation is that our emotions will hijack our choices. But the truth is emotions are involved with every decision we make. Consider questions like, “Where shall I live? “Who should I marry?” “Where would I like to go on vacation?”

It’s impossible to make purely logical choices. “And so, what the ancients advised,” Gross-Loh told me, “was for us to train our emotions to guide us and become our ally. When your heart-mind is developed, you are guided intuitively – and you instinctively make sounder, fuller choices.” The human heart is a connection to deep insight. So, the next time you have a big decision to make, thoroughly weigh your options. And right before you make the call, ask your heart how it makes you feel. As Mencius said, “At the centre of your being, you’ll have the answer.” 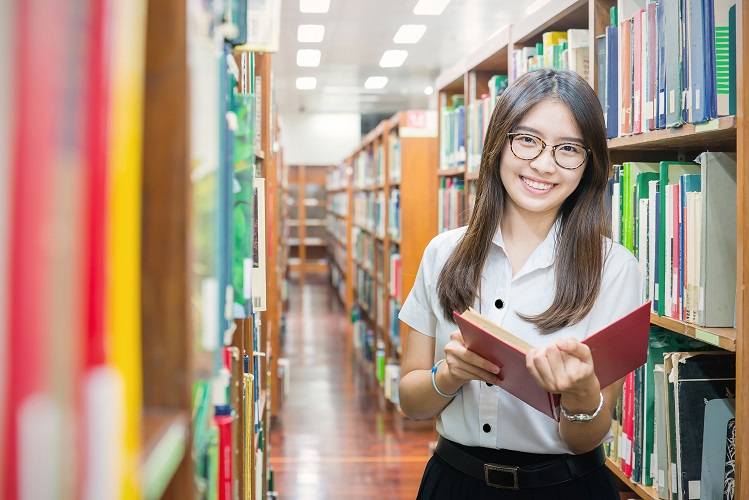 In many workplaces today, we continue to tightly manage worker activities, and leverage fear and pressure as means to motivating productivity.
But if the ancients were alive today, they’d be insisting we have it all wrong.

The concept they all shared was that true strength never relies on domination over others. In their view, leaders who rely on this kind of power build resentment, discontent, and have the inevitable effect of influencing people to work against them. In his classic text, the Tao Te Ching, Lao Tzu teaches us that there are irrefutable laws of the universe (he calls them “The Way”), and that oppressing and dishonouring the well-being of human beings inherently violates what nature intended.

Helping others to thrive, all of the ancients were convinced, is the surest way of earning their support and commitment.

According to the Chinese philosophers, true leadership strength lies in what we instinctively judge today as being weakness:

“All of these works because it’s attuned to the amazing understanding of human nature that these philosophers mastered and that research is increasingly confirming today,” Gross-Loh told me. “People instinctively reciprocate when they feel cared for and valued. They naturally want to be on your side, your team – and to commit to the challenges at hand. It is common wisdom turned on its head.”

If you are an organisation looking to provide personalised learning to your employees, email info@leaderonomics.com or click here 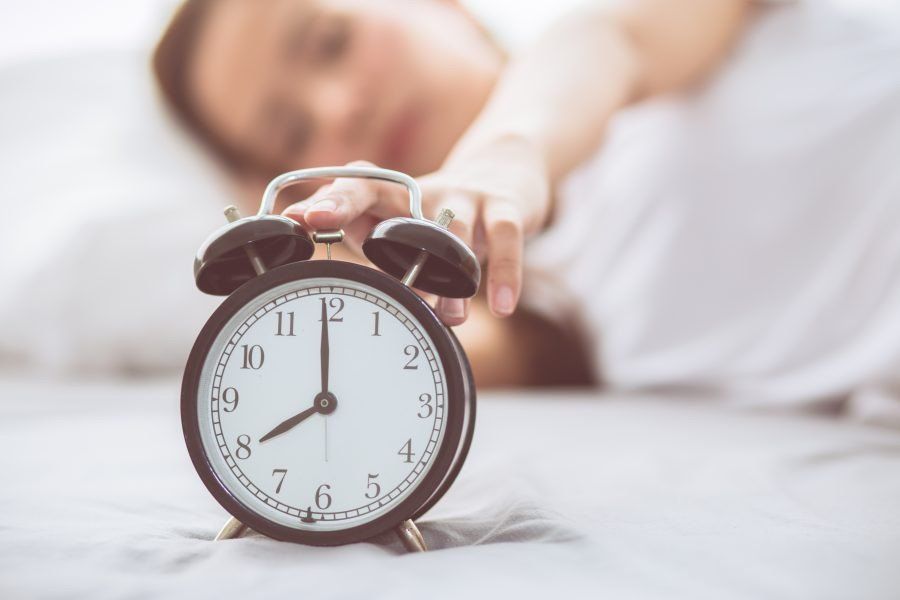 Mark C. Crowley
Mark spent over 25 years as a senior executive in financial services, and now is a leadership speaker and consultant. His book, Lead From The Heart, is now being taught at four American universities.