A Father’s Words Of Wisdom 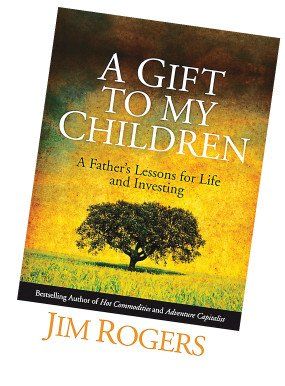 Growing up in a small rural town of Demopolis, Alabama, all Jim Rogers wanted to do was to have enough money in order to retire early.

So, with that as his objective and goal, he worked hard to learn all that he could and as a result, Rogers retired at an early age of 37. With retirement, he obtained the freedom to do what he wanted in life, coupled with his passion for adventures and for learning all about how the world really works.

Rogers started his first job at the age of five. He collected empty soda bottles at a local baseball field and continued with a few other jobs all throughout his childhood.

As he progressed, Rogers finally worked his way to Wall Street. There, he was given the opportunity to pursue his passion for travelling and understanding the world. The best thing was, he was paid to do it!

A Gift to My Children is a book dedicated specially to the author’s two daughters, Happy and Baby Bee. Having experienced the wisdom of his own father’s simple yet impactful advice to him as a child, Rogers wrote this book in an attempt to put down on paper examples of his life experiences, which can be applied as a guide to life, adventure and investing.

It was written for both his daughters and for those seeking success in life. In it, he shares 10 valuable life lessons for us to chew on, digest and apply in our lives.

Life lesson No. 1: Swim your own race

In life, we will be confronted with many moments where we will need to make very important decisions. In times like this, we will discover that there will be many people who will be more than ready and willing to give us advice even when we do not ask for it.

What is most important during such moments is for us to remember that it is up to us to lead our own lives and not hand it over to others to lead and decide for us.

So, how do we assess all the other advice we are receiving? Rogers teaches us that we first need to learn everything that we can about the challenge we are facing. The purpose is to make informed decisions.

We must learn to rely on our own intelligence and not always depend on others, or be influenced by the people around us. Rogers learned this lesson hard in his early years of his investment, where he worked based on the assumption that his more senior colleagues were more knowledgeable than he.

Hence, he took their opinions as they were without doing his own research in the subject matter.

As a result, each of these investments failed and finally, at almost 30 years old, he eventually stopped allowing himself to be influenced by others and started doing his own homework to make intelligent and informed decisions.

In a magazine interview with American swimmer Donna de Varona, it was reported that she was a good swimmer in the early stages of her career. She was good but not great. But now, the 17-year-old has just secured first place in two 400m events.

What did de Varona do differently? In the interview, she replied the reporter, “I always used to watch the other swimmers, but then I learned to ignore them and swim my own races.”

Rogers also tells his daughters to take it as a positive sign when people laugh at their ideas and make fun of them. It could well be a potential success.

At 32, Rogers was laughed at when he recommended investing in Lockheed, an aerospace company which was once extremely prosperous but had declined greatly in the 1970s.

Little did those who laughed at him know that Lockheed’s stock would rise numerous times in value when the company decided to concentrate on the exciting new area of electronic warfare systems and shed a large money-losing division.

So, learn to swim your own races: do not let others do your thinking for you. But always remember to be ethical in your conduct.

Rogers started his first business at the age of six. Most people would consider this too young an age for anyone to be in business but Rogers is a firm believer that age is irrelevant when you are passionate about something.

As an undergraduate at Oxford University, he discovered that he enjoyed investing more than being an entrepreneur. He used his scholarship funds to purchase some IBM stocks and soon discovered his passion. Life’s lesson – don’t allow your age to be a deterrent when you discover your passion and interest. Be courageous and pursue it all the way.

Doing what we like, giving it our all and our best is actually the quickest way to be successful. But how and where do we begin in this journey to pursue success?

Rogers suggests that we should just try as many things as we can, then seek to pursue the one thing (or two, or three) that we are most passionate about.

Do not end up as someone who is always unhappy because you are stuck in a job you do not enjoy. You end up working just because you cannot afford to give up the monthly paycheck.

Instead, seek to pursue a life where you do not “go to work” daily. Pursue something whereby you get up each day with a bounce to your step, knowing that you are living each day doing what you simply enjoy and love doing.

You will be rich in satisfaction even if you are not rich in wealth. What is more important is that you will be a happy person!

Life lesson No. 3: Good habits for life and investment

Having initiative makes a difference. Rogers advises his daughters to be self-starters. He learned this lesson in life at an early age of 14 when he was working for his uncle on Saturday mornings at a convenience store.

His Uncle Chink used to tell him, “There is always something you can be doing. When there’s nothing else to do, dust the shelves.” Rogers followed this advice and it has made all the difference in how he has succeeded in his life.

Being attentive is another attribute that separates success from failure. Give attention to details no matter how trivial it may seem to be because if you truly love what you do, you will naturally want to give it your best shot. Do not leave any stone unturned in your research. Learn to be thorough.

As an investor, Rogers advises, “Do not invest unless you can say with absolute certainty that you are more knowledgeable about this particular firm than 98% of Wall Street analysts.”

Rogers believes that when investing heavily in a nation, one needs to start by checking the strength of that nation’s basic institutions.

Questions one should ask are like “Does it have respect for the rule of law?”, “Does it crack down on corruption?”, “Does the legal system facilitate ethical corporate behaviour?”

These, Rogers says, cannot be discovered by merely reading the newspapers or magazines. He suggests that one should visit the country personally to see with their own eyes and discover things first-hand.

What else is required to have a fulfilling vocation? Have a dream! Rogers discovered his dream when he began investing around the world and when he was exposed to a wide range of cultures and people.

He realised his dream was to seek adventure and to keep learning about the world by seeing the world for himself as much as he could.

As he continued to pursue with passion and worked hard at what he loved to do, he eventually lived his dream and at 37, he started travelling around the globe on a motorcycle!

Koh Earn Soo and his team take the best books and summarise them into shorter, readable content in the hope of inspiring people to read more and learn more. To read the rest of this summary and summaries of other bestsellers, subscribe to www.thebestbooksummary.com. Click here for more book reviews! 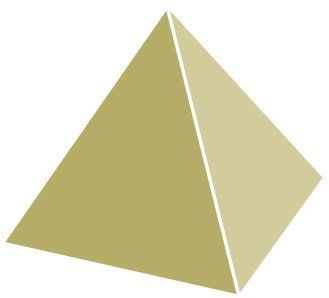 Which Shape Are You?