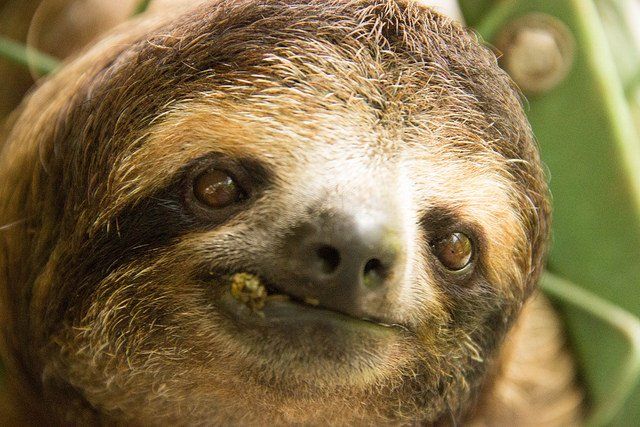 Imagine someone calling you a sloth at work. It means that you are just plain lazy.

In the animal kingdom, the sloth is the world’s slowest mammal. It moves only when necessary, i.e. to take a swim (they move three times faster in water than on land) or to relieve itself on the ground. Its slow-motion lifestyle helps to escape its predators’ attention.

It is so inactive that its furry coat really makes good host for algae, fungi and other non-parasitic insects. The green of the algae helps it blend into its tree surroundings, hiding it from its predators.

Sloths’ prominent sharp claws like Wolverine on each front foot serve as their only natural defence. Their curved claws allow them to hang upside down from the tree, where they spend most of their time there, without much effort. Sloths sometimes even die retaining their grip and suspended from a branch! 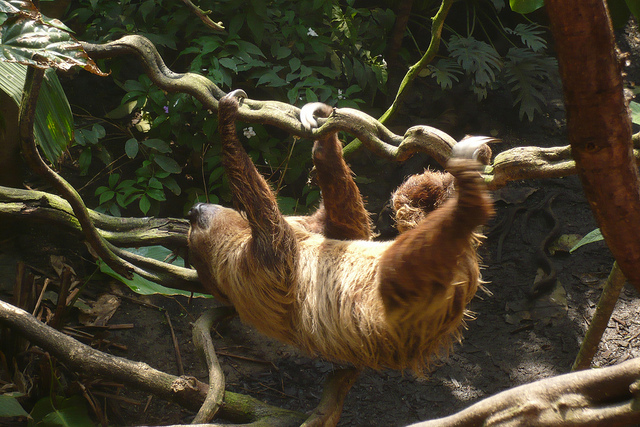 They have additional neck vertebrae to allow them to turn their heads almost all the way around, giving them a wider angle of sight of their surroundings.

Being an effective leader doesn’t necessarily mean one needs to talk, walk, think and act at lightning speed all the time. Sometimes, the better leaders are the ones who deliberate and have given much thought to issues at hand. Given a different scenario, one can respond promptly too.

These leaders also lead quietly in their own ways without much attention from their peers and bosses. Little do we know that these are the ones who have played the supportive leadership role for others at different capacities, by providing a working environment that allows others to thrive and grow.

Even though you may not see such leaders at the forefront all the time, they work behind the scenes to provide a wider perspective and insights of our ever-changing business environment. They are also ready to defend the organisation if its foundations and core values are threatened or questioned.


For more Terrific Thursday Tails, click here. Let us know the animals you want us to feature at editor@leaderonomics.com and we’ll bring you leadership lessons from them! We also welcome your submissions (250–300 words) too! 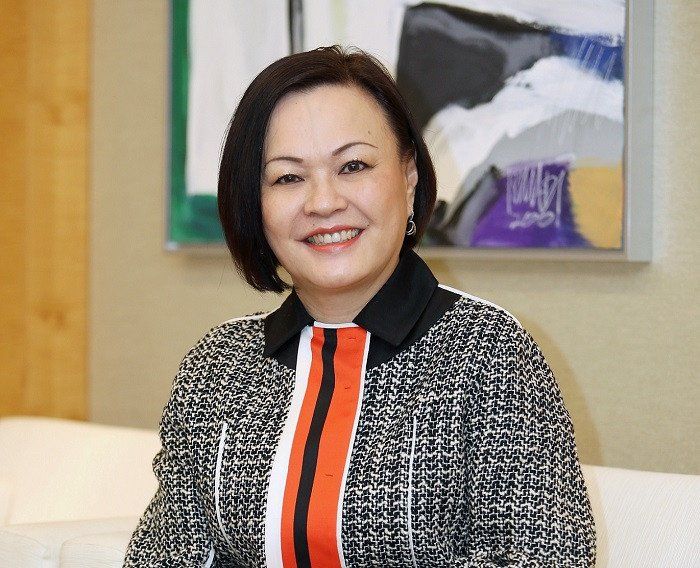 Woman At The Forefront: Elaine Fan