Plan And Execute: Visionary Career Planning With A CIMA Flavour 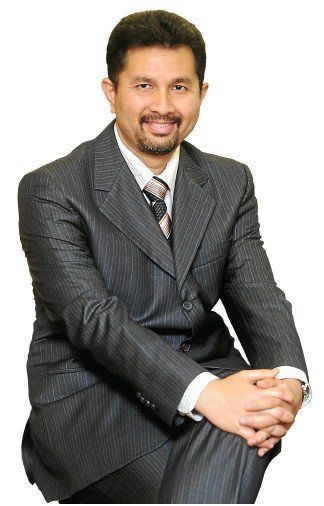 From the moment Wan Haslan stepped into the audit and business advisory services department of PricewaterhouseCoopers as a fresh graduate, he was following the visionary career plan he had set for himself. This plan eventually led him to become the chief financial officer (CFO) of Iskandar Investment Bhd.

From the outset, Haslan planned to be in the industry and not in public practice. However, he understood the importance of first building a good foundation in accounting and finance.

He honed his expertise in these areas, spending his formative working years at an accounting firm and investment bank.

Haslan then moved into the industry in a bid to hone his business management skills to give him an edge over his peers.

In 1991, after graduating with an accounting and finance degree from Lancaster University in the UK, Haslan returned to Malaysia to take up the audit and business advisory department job.

“I had an opportunity to work in the UK after I completed my studies, however I decided to come back to kick-start my career as I had already secured an offer from PricewaterhouseCoopers in Kuala Lumpur,” Haslan explains.

The first job was ideal for him as it offered a great technical foundation for his career plan of being a business manager. Apart from the technical know-how, the role equipped him with the skills needed to understand and help organisations from different industries. The nature of the job also widened his contacts and professional network.

After three years at PricewaterhouseCoopers, Haslan left for the then Amanah Merchant Bank, now part of the Alliance Banking Group. In this second job, Haslan learned the ropes of raising funds and structuring companies to appeal to banks.

“In the investment bank, I was in the capital markets department, which was involved in raising funds from the market using various funding instruments.

After two years, it was time to move on and Haslan joined Mardi Tech Corp, (a start-up company under the Malaysian Agricultural Research and Development Institute) in 1996, where he remained for 10 years as he wanted the hands-on experience of running all aspects of a business.

“My third job gave me a good grounding in deal-making, leadership and building a business from scratch. In this job, which was essentially a technology commercialisation company, I was involved in deal making, setting up of companies and selling technologies on behalf of my shareholder, a research institute.

“What I gained from these first three jobs really gave me a strong foundation that made me what I am today.

Haslan has much to say about how CIMA, the Chartered Institute of Management Accountants, has helped him get to where he is today.

Having undertaken the CIMA qualifications on a part time basis during his tenure at MARDI Tech Corp, Haslan sees a direct connection between his ability to progress in his career, and the strategic thought process instilled in him throughout his undertaking of this qualification.

“The CIMA syllabus is unique. It taught me how to use the technical skills that I have learned to make strategic decisions.

“For example, part of the syllabus is a case study module, which allows me to use all the technical knowledge that I have gathered to address the issue in that particular paper. The case study could be on any industry. Going through that process helped me apply this skill of solving problems and providing solutions in my career.”

Haslan’s choice to undertake the CIMA syllabus came after extensive research. He observes that all other qualifications out there are equally good. However, they all have different specialisations.

“The important thing to do when searching for a suitable professional accounting qualification is to set your purpose and objective, and CIMA met my criteria. What I wanted was to eventually become a business manager with a strong accounting background.

“The CIMA syllabus is structured in such a way that enables me to think strategically instead of just technically. The case study paper really attracted my attention and was a very important factor that made me choose CIMA.”

Haslan took two-and-a-half years to complete all the papers on a part time basis. Completing the qualifications while working was a solid combination, as most of his experiences at work helped him utilise his learning to get through the exam papers.

“Taking the exams while working also involved a lot of challenges and personal sacrifices, and this has strengthened me as a person,” Haslan shares.

“I learned to act in spite of fear, to be proactive in spite of my mood, to be willing to do what’s hard now in order to have it easier later in life, to think bigger than any problems or obstacles, and to never give up.”

According to Haslan, the CIMA qualification and membership has helped him in three ways – networking, marketing and credibility.

“I want to be in an environment where I can meet with like-minded peers. The CIMA membership is not just about the technical know-how; more importantly, it’s about reaching out to other CIMA members in strategic positions, not only in Malaysia, but also overseas. That is the value of the CIMA qualification,” he explains.

Haslan, also an MBA holder from the International Islamic University of Malaysia with a best student award in the finance specialisation, believes that the skills and attributes that enable one’s success in the workplace are soft skills, combined with a clear and positive emotional state of mind.

“Hard technical skills are quite secondary. Business is about people first and how you treat them. That determines your success in sealing a deal or solving a problem. Numbers are important but they are there only in a supporting role.”

Haslan adds that “the emotional state of mind is very important. It allows empathising and connecting with people. It also enhances your ability to handle pressure which comes from all directions and increases in intensity as you move to the top.”

Experience is also important, he stresses. “What I went through in my third job gave me lots of experience in identifying, negotiating and closing deals. One may not be the best in technical skills, but one should be able to ask the right questions and identify the right answers to get the job done. And CIMA has also helped me with this immensely,” he concludes.

A love for property

Haslan’s career path so far has spanned six companies over a period of 22 years. Even though he was meticulous in his choice of his first three jobs to ensure he could acquire the experience he was looking for, as he admits, fate then came into play to channel him into the property industry, which he has learned to love and become passionate about.

Since then, he has remained in the industry through his fifth, as well as sixth (current) role. Starting his experience in the property industry with Tabung Haji Properties, where he was involved in a number of significant corporate initiatives, he was then recruited to join a company in Saudi Arabia, namely Madinah Knowledge Economic City, which is developing a township in the city of Madinah.

During his tenure, he had led the finance team in the successful listing of the company, which was the biggest initial public offering in 2010 in the Gulf region.

After assuming the role for three years, he returned to Malaysia in 2011 to become chief financial officer of Iskandar Investment Bhd, which is a developer of catalytic projects such as Educity, Legoland Malaysia and Medini in Nusajaya, Iskandar Malaysia.

The 45-year-old has a good number of proud moments and no regrets. With only two years in his current role, he feels he has still a lot to achieve.

“My CIMA experience has taught me to always go for business-building initiatives and to apply strategic thinking in whatever I do.

“The CIMA mind-set has made me think about the big picture and about being more than a CFO.”

What advice does Haslan have for those aspiring to have a great career? “Invest in education – it’s the best investment that you can make and no one can take it away from you. After that, you really need to look at what you want to do and execute your vision.”

“Your first job may not be what you want to do, but with a vision and plan, you can tune it to benefit your career progression and move towards your dream. Whatever step we take in our initial years, will have an effect in our later years, so have a vision and make your choices accordingly,” he advises.

If You Can Dream It, You Can Do it!