If You Can Dream It, You Can Do it!

“People like you do not get into Cambridge, and no, they do not offer any scholarships”, he said to me.

As it would turn out, he was wrong on both counts.

Well, thank you for your time, Sir.

I had gone to ask him what I could do to improve my prospects of getting into Cambridge and whether they offered any form of financial assistance. In life, I guess there will always be people telling you that you are not good enough, but at the end of the day, only you decide the validity of such a statement.

My story begins in high school. Like many others, I spent a lot of time worrying about what I would do after SPM. I admit that I had no clue as to what my future held outside the school gates. Then, at the start of Form Four, my English teacher sent me to the annual Oxbridge essay writing competition.

At the end of the competition (nope, I did not win), the people there showed us slides of Cambridge University and told us stories about their time spent there. At the time, I merely brushed the thought aside; it just seemed way out of my reach. Nevertheless, despite the many doubts holding me back, I found myself constantly thinking about it.

Was I good enough? How do I even apply? What would I need to get there? How should I begin? Could my parents afford it? Then one night, like many similar nights where I would sit at my desk worrying about my future, I decided that enough was enough – it was time to cast my doubts aside and just go for it. I penned down a list of targets and goals I wanted to achieve – little stepping-stones, which would bring me closer and closer to my ultimate goal.

That was my moment of realisation. No one heard me say, “I commit!” There was no applause, just a quiet commitment to give it my all. Of course, getting into Cambridge is always easier said than done. At that time, it seemed like such a long shot. How was a mediocre student like me going to stand out?

Granted, things did not change overnight, but once I had committed myself, slowly but surely everything began to change. Doors that had always seemed shut began to open up. Opportunities arose seemingly out of nowhere. In short, everything just started falling into place.

Of course, the ride was not all smooth sailing. There were many obstacles I faced along the way and a fair share of criticism as well. Some people said I was crazy and foolish for deciding to take seven subjects for A-levels. I was not allowed to do more than four in college, so I had to study three on my own and teach myself from scratch. Sometimes it felt like the odds were stacked against me.

However, everything paid off in the end, and I was satisfied with being enrolled into Cambridge. In truth, the real victory had taken place many years before; on a quiet night in the privacy of my room, I had decided to put my fears aside, stop holding back, and brace myself for one supreme effort.

On a personal level, being enrolled into Cambridge was a fulfilment of a dream and the culmination of years of hard work. On a more concrete level, Cambridge is a very stimulating place academically; you are given the opportunity to engage in intellectual debate and discussion with some of the brightest minds in their field.

Cambridge is also full of enriching, quirky traditions. Some of the memorable experiences I have had while in Cambridge include mooting in front of Lord Walker, one of the highest judges in the UK; punting down the Cam; signing the Wren Book during matriculation, the same book Isaac Newton signed when he first entered Cambridge; meeting the Chief Justice of the United States; debating in the Cambridge Union Chamber, which has played host to thousands of famous speakers; and rowing in the May Bumps, the main inter-collegiate annual rowing race.

Pursuing a dream can at times seem like a daunting task, but it was also the most satisfying time of my life. Having a dream and being passionate about it felt amazing. I had a goal in life and was alive every moment along the way towards achieving it. You do not need to be extraordinary to achieve your dreams – I certainly was not – for all you truly need is passion.

William Chan Guang Yu is currently reading law at the University of Cambridge under a Cambridge Commonwealth Trust Award and a Trinity Overseas Scholarship. After completing SPM, he pursued A-levels under the School Achiever Scholarship Award. He deferred his entry and instead took a gap year to participate in a Raleigh International expedition. 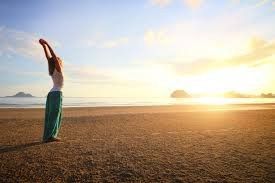