100 Lunches With 100 Strangers: 5 Tips to Escape Your Comfort Zone 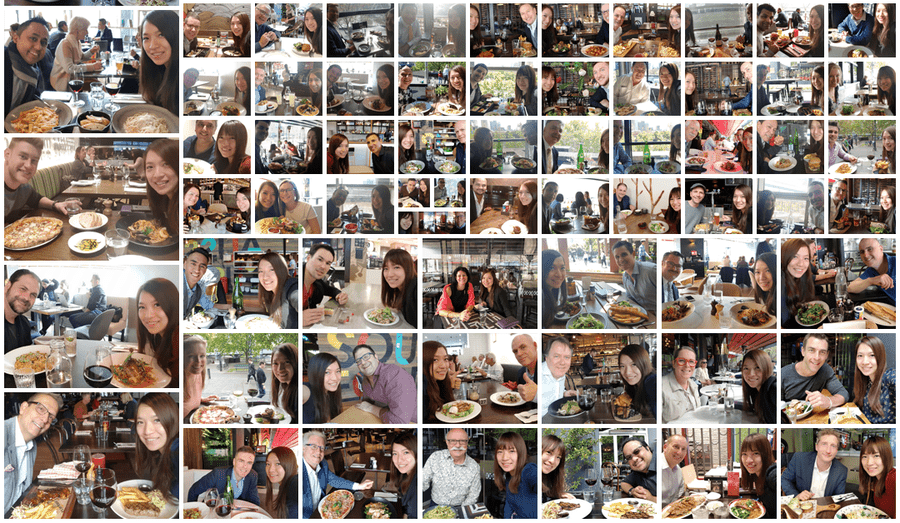 I hit rock bottom in late 2017 when I started a new job and attended my first client meeting. The client asked me a question – and I was so nervous, I couldn’t reply.

For the first 29 years of my life, I had been stuck inside my comfort zone – and I was unfulfilled. But for the past two years, I’ve been moving further and further away from it – and I’ve never been happier.

When I was 17, I moved from Hong Kong to Melbourne. For the next 12 years, I suffered from a big problem: I was scared of talking to Australians. Yes, really. Literally all my friends were from Hong Kong. Talking to non-Asian people would fill me with anxiety. And the longer this problem persisted, the lower my confidence sank.

I hit rock bottom in late 2017 when I started a new job and attended my first client meeting. The client asked me a question – and I was so nervous, I couldn’t reply. Humiliating, right?

Then and there, I vowed that I would finally do something about my crippling social anxiety. My problem was caused by living in my comfort zone – mixing only with Hongkongers. So I knew the solution was to step out of my comfort zone – by mixing with Australians. And that’s why I set myself the audacious goal of having 100 lunches with strangers in 2018. 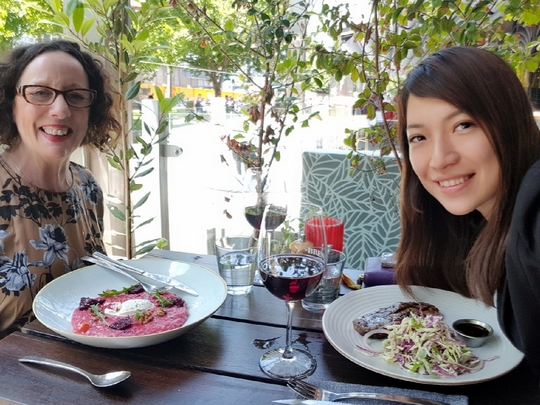 How did I go about this? Initially, I’d trawl through LinkedIn, seeking out people with interesting jobs or stories to tell. Once someone caught my eye, I’d send them an invitation to lunch together with a short introduction explaining the challenge. Yes, many rejected me. But to my delight, many more accepted.

Eventually, I got pretty good at this whole ‘inviting strangers out to lunch’ thing. LinkedIn and social media had given me not just wonderful experiences, but the confidence to step up my game and approach people in real life. I’d walk around with a stack of name cards, ever-ready to hand them out to my next prospect. This also gave me a chance to diversify the backgrounds of my lunchtime companions. Musicians, street performers, and hawkers were added to the list.

1. Start with the end in mind

I desperately wanted to quit and run back to my comfort zone. But I kept thinking about setting a positive example for my children and becoming a better person. That’s what gave me the strength to continue.

How do you step out of your comfort zone? First, you need a reason. Mine was to set a positive example for my two young children, to show them that it’s possible to overcome challenges. I also wanted to get better at socialising and communicating. The second thing you need to do is focus on the end goal. Mine was to become a better person and a better mum.

I’ll never forget how excruciatingly nervous I was during my first 10 lunches. My very first lunch stands out to me as being exquisitely awkward. I had nothing to say due to my nonexistent small talk skills. I was also on a keto diet at the time, which meant no carbs. The only item on the menu was chicken wings, which I decided to eat with a fork and knife to at least preserve some semblance of dignity. Thus passed an hour of painful silence as I tried to work out how to eat the darn things. Who eats chicken wings with a fork and knife?

I desperately wanted to quit and run back to my comfort zone. But I kept thinking about setting a positive example for my children and becoming a better person. That’s what gave me the strength to continue.

2. Take one small step at a time

That leads into my second tip – you don’t have to take a massive leap out of your comfort zone. Instead, just take one small step … and then another … and another. Eventually, all those small steps will add up to something big.

I didn’t do 100 lunches at once – I did one at a time. Gradually, as my comfort zone stretched, the lunches changed from being scary to uncomfortable to comfortable and then enjoyable. Now, I love them so much that I recently had my 230th lunch with a stranger. 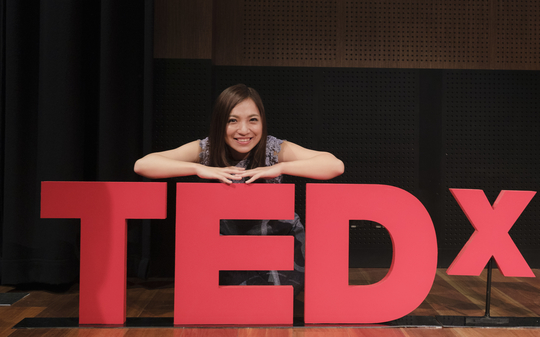 A similar process happened with socialising and communicating. Initially, I struggled even to talk to people who weren’t from Hong Kong. Then I started having one-on-one lunches. Then I progressed to one-on-many networking events. Then I was asked to MC an event. Then I started giving keynote speeches about my lunches – including at a TEDx event in Melbourne. Next, I’ll be performing at a comedy festival. No joke!

3. Set yourself a clear goal

My third tip for stepping out of your comfort zone is to set yourself a specific, ambitious target with a clear endpoint. That will allow you to persevere during difficult moments.

And once you’ve achieved this goal, strive for more! Setting a target of 100 lunches gave me the focus to achieve it. Along the way, it became a part of my routine. I’ve gone way past 100 lunches, and I’ve got no plans of stopping.

4. Remember that it gets easier

My fourth tip is to realise that the hardest part of stepping out of your comfort zone is taking the first step. Each step then becomes easier, because your confidence grows and your mind comes to grips with the new reality. The more progress you make, the more motivated you become to keep going.

Painful as they were, my first few lunches allowed me to build a base of confidence and background knowledge.

Remember how I mentioned that the first few lunches were terrifying, and I barely had anything to say? Well, during my very last lunch, I ended up contributing quite a bit to the conversation. I had set a lunch date with the chairman of a pretty big company and expected to mainly listen to him share about business strategy. It turned out that he’d had a huge fight with his girlfriend. The roles were reversed, and he spent the lunch listening to my advice on how to reconcile. He got his girlfriend back, by the way. They’re married now.

As I added more and more notches to my belt, past conversations became fuel for new ones. Painful as they were, my first few lunches allowed me to build a base of confidence and background knowledge. Every successive lunch became just a bit easier.

5. Say goodbye to your comfort zone

Are you stuck in a comfort zone? If so – get out while you still can!. Before my 100 lunches, I was low on confidence, I was drifting through life and I felt I wasn’t realising my full potential. Now, I’m full of confidence, I know where I’m going and I’m learning new skills all the time. 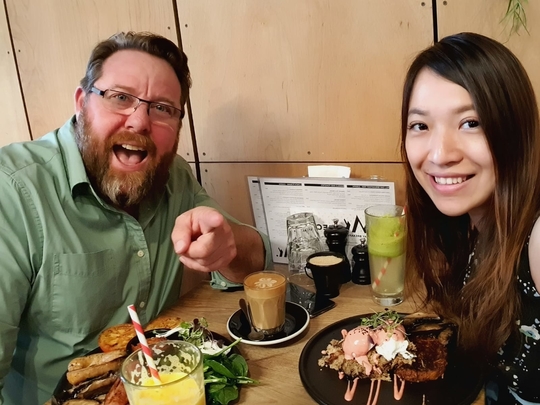 Your comfort zone seems like your friend. But it’s actually your enemy. So do something daring, whether it’s having (virtual) lunches with 100 strangers or asking out the man or woman of your dreams. Remember: everything you’ve ever wanted is on the other side of fear.

I’ve got no plans to stop having lunch with strangers. Connecting with new people, hearing their stories, and sharing my own is a truly rewarding experience. During this time of global movement restrictions, it’s perhaps more important than ever.

My team and I now host weekly live streams on Facebook where we have lunch together and anyone and everyone is welcome to join us. We’ve had people from all walks of life drop in for a chat. If the idea of meeting a group of complete strangers sounds scary, it might be just what you need. And if you’re having chicken wings, don’t worry. Ditch the cutlery and dig in.

Editor’s note: I can only assume someone decided to have some blue cheese here.

See Also: 9 Surprising Ways Just Being Yourself Can Make You Remarkably Successful

Kaley Chu is the author of 100 Lunches With Strangers, a fun and brutally honest memoir that charts her inspiring journey from insecure immigrant to master networker. Kaley used to be so nervous around other people that she struggled to have one-on-one conversations. She’s now a TEDx speaker who regularly shares her story at conferences to an audience. To connect with her, email us at editor@leaderonomics.com. 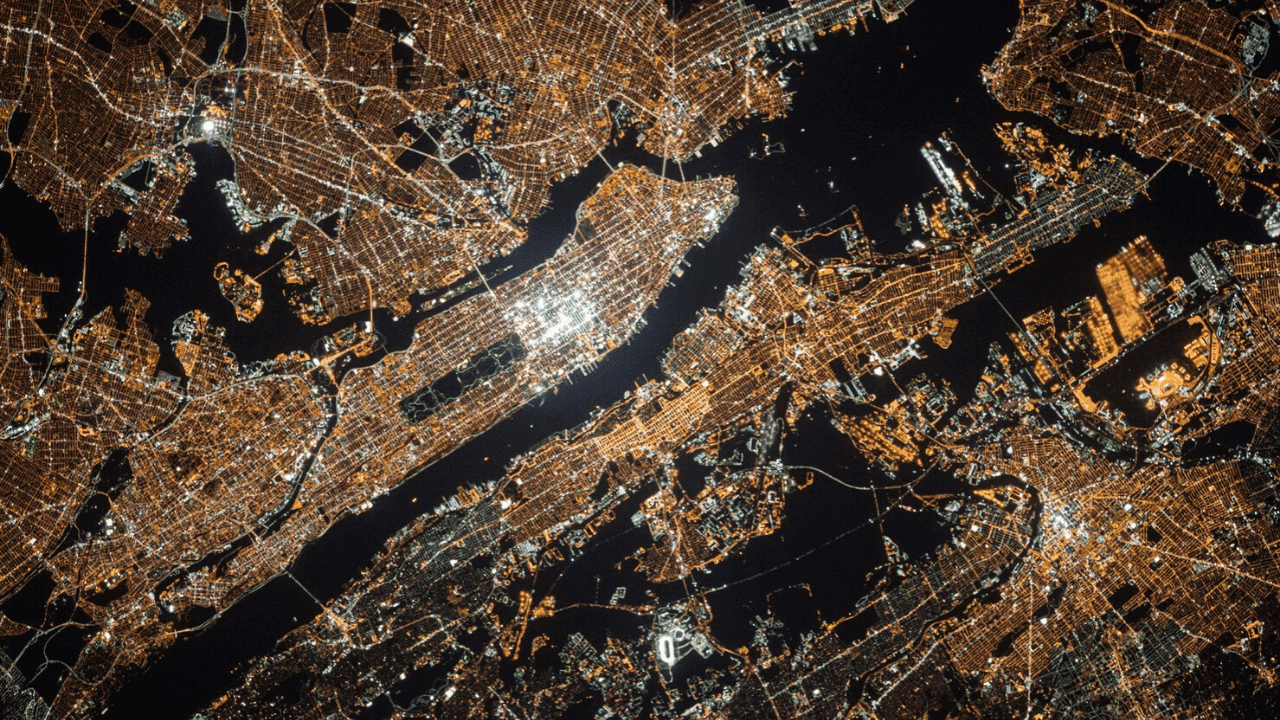