5 Ways To Discredit Yourself As A Leader 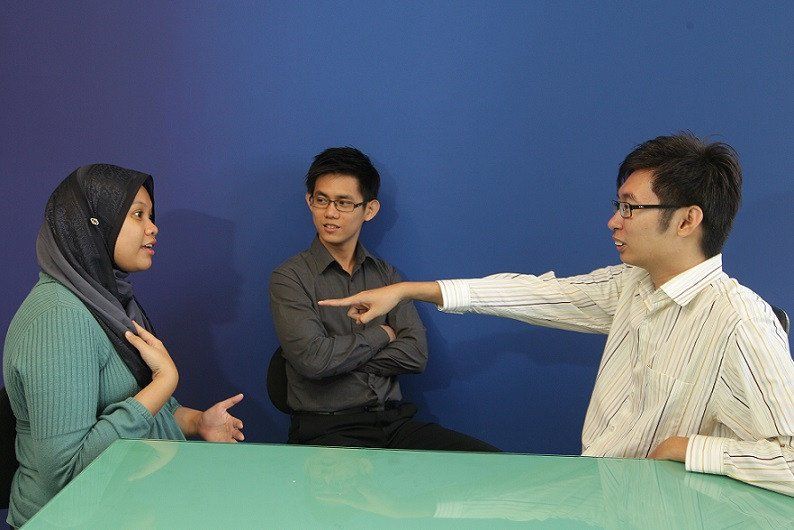 What makes a credible leader?

Credibility is the foundation of leadership in the 21st century and would be the most important aspect of leading a team or running a business effectively.

This topic got me thinking hard whether credibility may be a fixed theory.

As I sipped my coffee, I pondered if people with varying experiences across different generations would have different perceptions on credibility. Almost instantaneously, I whipped out my phone and dropped texts to people on their thoughts about credibility.

As a result, I got three people that I interact with on a daily basis and from different generations – Gen-Y, Gen-X and a Baby Boomer.

Saarvin Vignesvaran, 26, is an engineer with a large multinational oil and gas organisation who is based offshore most of the time.

Working alongside personnel from diverse age groups, background and cultures, he said credibility is firstly built from SMART (Specific, Measurable, Attainable, Reasonable and Time-bound) communications that enable effective delegation and execution of tasks.

Saarvin continues that the credibility of leaders is elevated when they acknowledge achievements of their subordinates and subsequently take the effort to create a desirable working environment for all.

He adds that a leader’s credibility is largely gauged based on the importance to the subordinates’ welfare.

Jeffry Sashitaran, 35, is currently running a start-up in the medical line.

He pondered on the word “credibility” in relation to his business and said that a start-up is like a hot air balloon that has not taken off.

For a hot air balloon to be flying high, some amount of hot air has to be blown into the balloon. He says that the hot air for a start-up would be credibility.

Jeffry believes that business growth is exponentially proportioned to credibility that is gained through reputation, past successes and trustworthiness from the ground up.

He stresses that the core to building credibility for the business and business leaders starts from the provision of great service to clients in all situations, and to deal with them with total honesty, high morality and integrity.

Dorai Raj, 56, is a director of finance with one of the fastest growing chains of five-star international hotels in Malaysia.

Having been attached to the same company for 27 years, at different locations and positions across the region, he believes that credibility is intertwined with trust that is built over the years of loyalty.

Dorai Raj says: “To be a credible leader, we must firstly associate ourselves with the organisation we are in as one. This is followed by a lot of hard work and commitment which must contribute to organisational growth.”

He adds that as a credible leader, one must be open to communication and constructive discussions.

A credible person should also have the right balance of having a tough front and being able to lend a shoulder to cry on.

What I can deduce

Despite the different perspectives on credibility from the three different generations above, I can clearly draw a parallel that all of them strongly relate credibility to trust and integrity.

They gave the impression of how vital credibility is in different situations, businesses and positions.

I quote from this book, Credibility: How Leaders Gain and Lose It, Why People Demand It by Kouzes and Posner:

Although credibility is imperative, we seem to hear more and more about leaders losing their credibility lately.

What leads to this phenomenon? Let’s now focus on the five common factors.

As a leader, one must be prepared to listen to other people’s constructive feedback. After all, leaders are the epicentre of a vast web of relationships.

Failing to build an emotional connection with others disrupts their credibility to lead well. Allowing others to share opinions towards taking a right decision increases the respect gained towards a leader’s credibility.

So, talk less and listen more to develop the ability to influence and develop great credibility.

A credible leader is always willing to nurture his followers to become greater than who he is.

Frequent failures in credibility happen when a leader withholds acquired knowledge and refrains from sharing information with others.

Referring to a quote by John G. Miller, “Ownership is a commitment of the head, heart, and hands to fix the problem and never again affix the blame.”

I believe that taking ownership of an issue, good or bad, is the foundation upon which a leader’s credibility is built.

Many leaders tend to push the blame onto somebody or something else when things go wrong. This response actually breaks the trust that people had placed on them.

Instead, when one takes ownership despite failures, he builds a great reputation as a credible leader and would be trusted by more people.

4. Not bothering about others

A self-centred leader would crush his credibility faster than ever.

A leader who couldn’t care less about others would disrupt the whole ecosystem of building an emotional connection with stakeholders, which is an important tool to ensure high credibility.

It is important to ensure that everyone is given great attention and treated with care. This will eventually bridge great gaps towards credibility.

5. Lack of understanding of own business and job

Credibility always goes back to one’s ability to carry out the task and in keeping updated on the latest changes.

People will always prefer to follow leaders who have a very clear understanding of what they are doing as they will be able to innovate ways to improve the team and the business.

The top gun, being an example to others, will aggravate the need in the others to give their best in what they do.

Credibility definitely makes a huge difference in current times. It is undeniable that credibility will be the key that differentiates a common leader from a great leader.

No matter where we are in the leadership journey, credibility is needed at the core. We also need to understand that credibility cannot be built without the trust and support of others around us.

Dinesh Dorai Raj wants to prove his credibility as a business and people leader and is willing to go all out against any boundaries to make it a reality. He continuously learns great credibility lessons from the leaders around him and enjoys the pain of growth as he embarks through the journey. He strives to inspire and build more credible leaders around the world over time. Write to us at editor@leaderonomics.com or comment in the box provided. For more Hard Talk articles, click here. 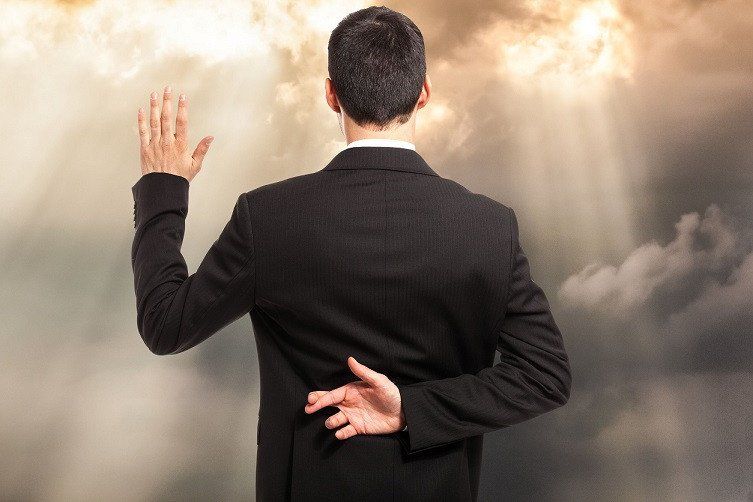 Trust: Easy To Break But Difficult To Earn