What I Learned From Ronaldo: How He Became The World’s Best Player 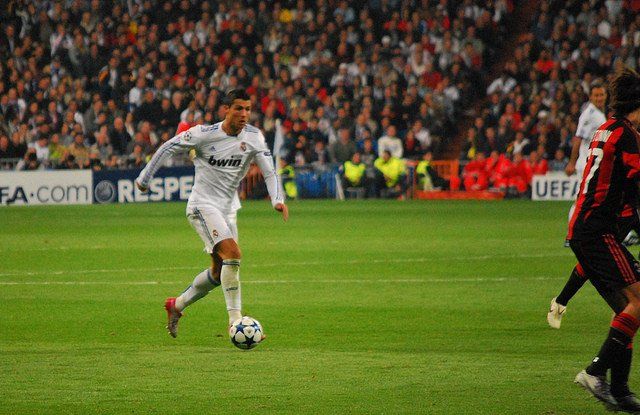 Ronaldo became the most expensive footballer in history in a transfer worth 94 million euros when he made a move from Manchester United to Real Madrid in 2009. His contract with Real Madrid, under the terms of which he is paid 21 million euros per year (after taxes), makes him the highest-paid footballer in the world. He is regarded by some (i.e. FIFA and me) as the best player in the world today. (I still, however, consider Diego Maradona as the best player ever, as understandably, I am from a different generation!)

Ronaldo grew up in a largely working class neighborhood. His early life was pretty much shaped by hardships. His father, a gardener, often drank too much, and eventually died from kidney complications in 2005. Ronaldo’s mother was a huge influence in his life as she provided her children and ensured financial constancy. She worked as a cook and a cleaning lady to support the family.

Ronaldo won the Ballon d’Or (the ‘golden ball’ award) for the second time, beating off stiff competition from Lionel Messi and Franck Ribery this year. (The Ballon d’Or is officially awarded to the best footballer of the previous year in an annual event.) So, what are the leadership lessons we can learn from Ronaldo?

Here are some lessons that I believe were crucial to Ronaldo becoming the best in the world:

1. Believe in your talent

Everyone has some form of talent. Ronaldo started training from a very young age and has always been passionate about the beautiful game. However, there were many occasions where people doubted Ronaldo’s talent. Even he himself occasionally had doubts. One such incident was at the start of the 2007–2008 season.

Ronaldo was red-carded for a headbutt on Portsmouth player Richard Hughes during Manchester United’s second match of the season, for which he was punished with a three-match ban. He became extremely down as there were severe criticisms of his talent. However, Ronaldo would not back down because he had deep self-belief not to doubt his talent.

There are so many stories of how diligently Ronaldo pushes himself during practices.

There are some great players that have so much belief that when things are not going well on the training field they just stop. They think, ‘I am good, today is not right, but tomorrow it will be fine.’ They never think there could be a problem. Not Cristiano. He works and works until everything goes right and only then is he satisfied.

Ronaldo is so passionate about practice that he trains for many days to perfect a single area in his game.

I have always spent time with players on free-kicks but with Ronaldo we worked for days and days. We practised every day. There’s nobody who’s prepared to work harder for his artistry.
I remember when we got to the Champions League final in 2008 against Chelsea. As usual I stayed with Ronaldo on the training field to sort the set-pieces with him. It was a new ball, a different ball for that match and our first day was a disaster. He could not get one free-kick between the posts, nothing was correct; it went up, it went left, it went right, never on target.
So then we started on the details: stand to the right, to the left, put the standing foot there, strike it like this, inside the foot, outside the foot.
After two days, still nothing, but after three days it started to fly how we wanted. Air distribution in all balls is different and that one was a nightmare to work out, but the important thing is that Ronaldo never quits. Not after two whole days with no success. That is what makes him a pleasure – I always say he motivates the coaches, not the other way around.

3. Do not let setbacks affect you

When Ronaldo was in school, he was quite popular with other students. Yet at the age of 14 he was expelled after he threw a chair at his teacher. Ronaldo later said of the incident, “He disrespected me.” Although the incident would usually spell disaster for any young child, Ronaldo’s mother encouraged his son to forget about school and focus entirely on football. At the age of 15, Ronaldo was diagnosed with a racing heart condition that would spell disaster for any sport careers. Subsequently, he went for an operation and began training as soon as he was out from the hospital.

Do setbacks deter you? Do you allow disappointments to puncture your goals? A “fractured” heart did not stop Ronaldo, so what is your excuse?

4. Stay one step ahead of your competitors

Over the years, Ronaldo has adopted his game so that he can score goals from anywhere in the opposition’s half. Ronaldo trains rigorously so that he is always one step ahead of his opponents. He initially was the king of step-overs. Then, when the opposition started to figure out his moves, he improved his game in different areas.

How do you stay ahead of the game? What is your strategy to keep improving yourself so that your competitors will not be able to predict your next moves?

Sir Alex Ferguson and Ronaldo have had an interesting relationship. Ferguson helped develop Ronaldo and Ronaldo took his sage advice frequently. Although their relationship reportedly went sour, Ronaldo called Ferguson his father and his most influential person when he quit and went to Real Madrid. Everybody needs a good mentor to climb the leadership ladder effectively. Do you have a mentor? Do you mentor others? Great leaders are open to feedback and give feedback frequently.

Despite winning the World Footballer of the Year title and the Ballon d’Or, and dating supermodel Irina Shayk, Cristiano Ronaldo does not seem to ease up his training regimen and learning programmes. He continues to push himself hard and keeps learning new tricks to enable him to remain the king of football. Queiroz also added,

The way this boy [Ronaldo] has worked since he was 17, his perfectionism, his obsession, he wants to be the one. For him, it is not enough to be good. He has to be the best.

Thus, always have a passion to learn and be the best. Do you have the hunger to keep improving? Do you strive to be better today than you were yesterday? If the world’s best footballer continues to push himself, what excuse do we have not to continuously strive for greatness?

There is much more that can be written about Ronaldo. From this article, becoming the best in the world requires deep inner motivation and hunger. You must want to be the best in the world. After that, you need to keep pushing yourself to grow and learn to achieve the vision you set out for yourself.

Great leadership is similar. It is about having a great dream and then pushing yourself, overcoming setbacks and always staying ahead of the game to ensure you achieve your dream. Go on, be a Ronaldo and conquer the world. 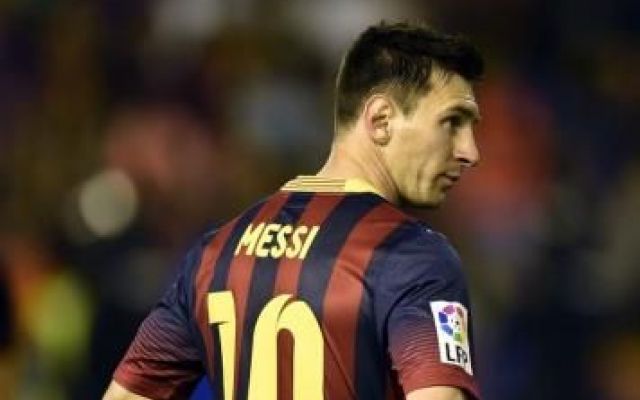 While Cristiano Ronaldo became the new FIFA golden boy, Lionel Messi, who has won the award more times than Ronaldo, is no pushover. In fact, there are many similarities with both these great football players. For one, Messi faced significant setbacks early in his career. At the age of eight, he was diagnosed with growth hormone deficiencies. As a result, he never grew up into a lanky striker like Ronaldo, yet that did not deter him from achieving success. There are some great leadership lessons to be learned from Messi. One of the best lessons that I have learned from him is on humility and on being a team player.

After winning the FIFA player of the year award in 2009, Messi did not go about gloating his success.
Instead, he simply made this comment:

No. Please, I am not the king of the world now nor the No. 1. I do not believe in all those things. I am the same person as always and I have the good fortune to play in a great team.

Messi attributed his success to his teammates. Although much of Barcelona’s success was attributed to the maestro conjuring up magical goals, he knew that no matter how good you are, your success is driven by your team. As a leader, Messi was always the voice of the team – lifting them with crucial goals and encouraging them all the way. The team could always count on him, and vice versa.

Many leaders often forget how they become successful. In most cases, they got to where they are because of the people behind them. I am acutely aware that at Leaderonomics, much of our success is driven by the amazing efforts of people who bring magic into our daily interaction with business leaders, community leaders, youths and students. To me, learning this lesson from the world’s best player is humbling.

This season, it may be time for you to reflect on your life and remember the people who helped you in your journey towards success. If you feel you are not as successful yet, there may be some great lessons to be learned on how to engage your team and enable the people behind you to truly support and grow with you.

Now, for Messi’s top goals ever! 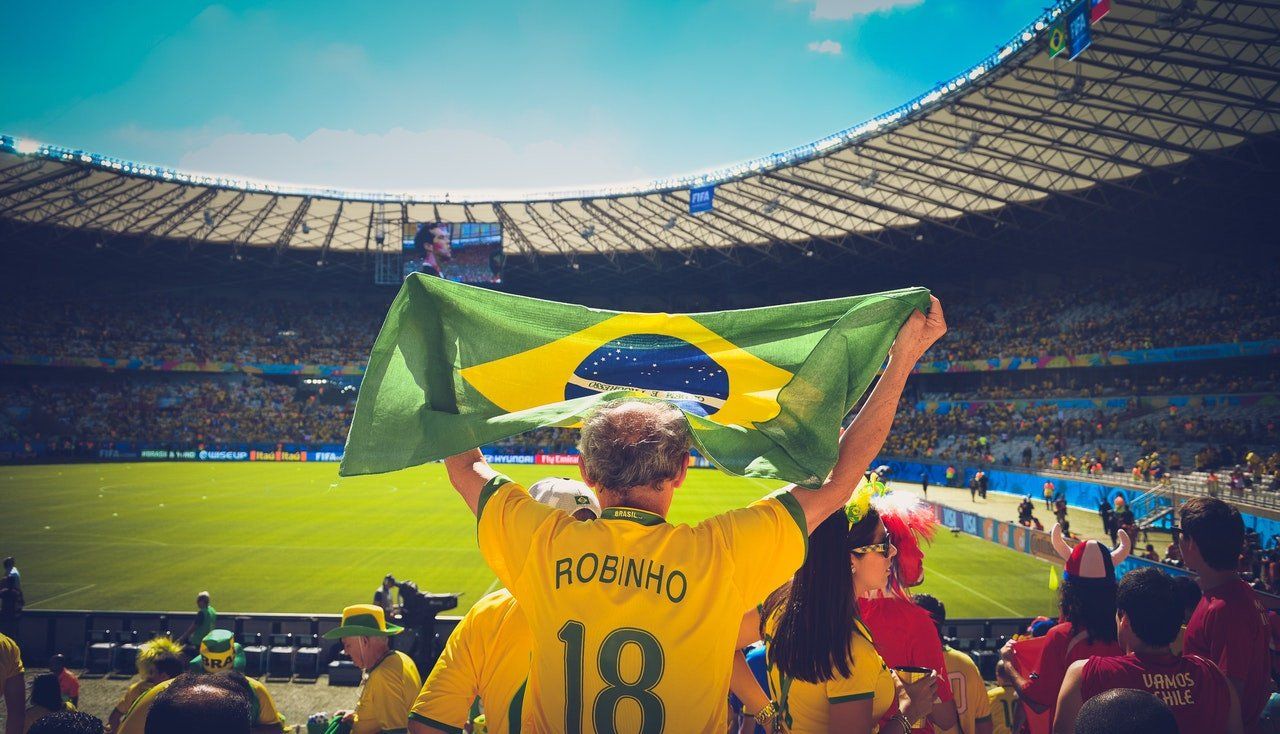 What Propelled The Underdogs In World Cup 2002?