What Happens When Leaders Lose Courage? 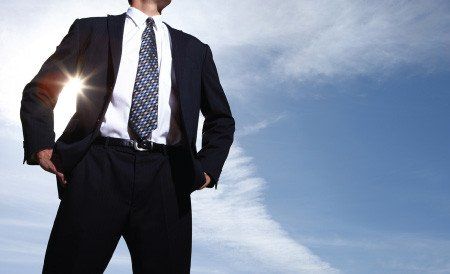 Courage is needed in many different contexts; it is also the second cardinal virtue. Alexandre Havard offers a simple definition when he says, “courage helps leaders avoid rationalisations, overcome their fear of mistakes, enact decisions with dispatch, and persevere when the going gets tough.”

When prudent decisions are made, there are times when in the face of discouragement, vilification, rejection, failures and obstacles, courage is needed to boldly persevere rather than seek an easier path.

Related to our earlier discussion on conscience and indecision, Havard highlights the need for courage in helping leaders endure and maintain the integrity of their conscience.

This perspective contrasts with what we see from more populist and charismatic leaders who are constantly seeking the approval of others, sometimes leading them to compromise on what they know is the right thing to do.

We commonly attribute this to the political sphere when we see leaders regularly changing their policies and decisions to win votes.

However, it’s important to understand that the virtue of courage cannot be practised in isolation from other key virtues such as prudence, self-control, humility, and justice.

For example, to boldly pursue a decision without first thinking through the implications of how it will impact staff or a company’s long-term strategy is not being courageous. It is simply being irresponsible. Jim Collins in How the Mighty Fall calls this “arrogant neglect.”

To overlook such decisions merely because they make us feel uncomfortable or unpopular with staff in the short-term allows our own insecurities and fears to rule our decisions, ultimately undermining our character and leadership.

Josef Peiper uses “fortitude” in place of “courage” and suggests that there is no possibility of fortitude without vulnerability, as it is only possible for a person to be brave or courageous if he or she is first vulnerable.

I like Peiper’s description. Courageous leaders must first “feel” the impact that certain decisions will have on the welfare of others.

They are not oblivious or ignorant about the results. They anticipate what needs may arise from making such decisions and seek to mitigate the effect of such decisions as much as they can.

It is not often that we would associate the word “courage” with empathy, but this is exactly what Peiper advocates. It is here that the virtues of justice and of humility also come into play.

Courageous leaders are not malevolent or autocratic leaders who sit at the top of the pyramid and revel in their power; instead they exercise what power they have to bring balance, perspective, fairness in hiring, equality of opportunities, and encouraging freedom of expression in achieving the desired outcomes.

Being brave is not the same as having no fear, as this would make a person susceptible to real danger.

It recognises that when leaders “stay the course” and exercise courage in the face of opposition, rejection, and the possibility of failure, there is a risk or vulnerability that can come at a significant cost to the leader, and possibly the organisation.

Robert Eckert, the CEO of Mattel Toys, did not demonstrate courage when in 2007, millions of toys needed to be recalled due to containing excessive lead. Instead of taking responsibility for the products and their failure to comply with safety standards, he blamed the Chinese manufacturers.

Bravery and persistence are two traits we find easier to identify with courage. However, integrity and vitality require a little more explanation.

According to Peterson and Seligman, “integrity” in this context, is defined as authenticity and honesty; it is about truthfulness and taking responsibility for how one feels and what one does. It “highlights the need to look for integrity in situations and circumstances in which the easy thing to do is not the right thing to do.”

Vitality was added to their classification because it was associated with both an Eastern and Western perspective on life, in that it related to having a zest for life that is volitional and fulfilling.

Perhaps here there is an organisational dimension and a personal one as well. When the virtue of courage is practised, there is a vitality and energy that invites and gives inspiration and participation.

According to Arménio Rego, Miguel Pina e Cunha, and Stewart Clegg, it is “approaching life with excitement and energy; living life as an adventure; feeling alive and activated.” It is particularly noteworthy “when displayed in circumstances that are difficult and potentially draining.”

Exercising the virtue of courage as a leader is not something that happens easily for most, and we frequently need to be asking ourselves some confronting questions. It’s also a good idea to process something like this with a trusted mentor or coach who will give you an honest appraisal.

Some important questions include:

Is the approval of others holding me back from making a good decision?

Do I take responsibility for the consequences of my decisions when they don’t go as planned, or do I find someone else to blame?

Do I take adequate time to assess the impact of my decisions and their implications on others?

Dr Glenn Williams is the CEO of LCP Global Pty Ltd, an organisation that empowers leaders and organisations to grow their leadership capacity.

Mike Forde on The Leaderonomics Show