The Man Behind United 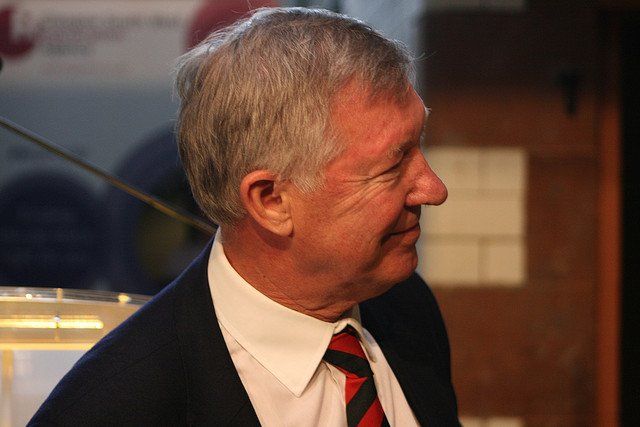 After spending 26 seasons with Manchester United, Sir Alex Ferguson announced his retirement as the manager of one of Britain’s most successful football teams on that day in May 2013.

The news of his retirement created shock and sadness among all Manchester United fans worldwide. Social media streams were flooded with comments on what an amazing manager he was. Some even said that Manchester United would never be the same without his leadership, and for now, it seems to be right.

Professor Anita Elberse from the Harvard Business School published “The Ferguson Formula”, where she listed eight leadership principles from Ferguson based on his managerial styles with Manchester United. I picked up four out of the eight principles which I believe to be useful and valuable principles for us to use.

Start with the foundation

“From the moment I got to Manchester United, I thought of only one thing: building a football club. I wanted to build right from the bottom. That was in order to create fluency and a continuity of supply to the first team. With this approach, the players all grow up together, producing a bond that, in turn, creates a spirit.” – Ferguson

As soon as he set foot as manager of Manchester United in 1986, Ferguson immediately began to create a long-term structure for the team. He modernised the team’s youth programme by establishing two “centres of excellence” for young players with promising potential. He also had scouters bringing him top young players.

Ferguson’s tactic was to build for the future. He was not only concerned about winning then, he had a long-term vision for Manchester United and he worked towards achieving it.

Even though his actions in taking in young talent were not very positively accepted by the media, he stuck to his decisions and proved them wrong. Among the famous recruits from his young talent programme were David Beckham and Ryan Giggs.

In the working world there has been a lot of talk about hiring “experience” vs “potential”. On one side of the debate, many hiring managers seem to prefer hiring someone who already has experience and is able to hit the ground running, rather than hiring someone without experience yet seems to have a lot of potential.

In an interview with Quartz, LinkedIn’s Dan Shapero says that hiring for experience brings short term benefits. He states that the better way to go would be to hire a candidate for long-term benefits. Some of Shapero’s most successful people were those with no background in the jobs they did.

Shapero himself was a “potential”. He had no background or experience in sales prior to joining LinkedIn, but he now heads LinkedIn’s largest sales team.

Hiring the potential would mean having to invest a lot of time and energy in training and development of this individual, but sometimes, all that time and energy pays off because it brings fantastic results.

Dare to rebuild your team

“I believe that the cycle of a successful team lasts maybe four years, and then some change is needed. So we tried to visualise the team three or four years ahead and make decisions accordingly.” – Ferguson

Ferguson worked to rebuild his team, even when the team was doing well. During his tenure as manager he had assembled five distinct league-winning squads, all the while still winning trophies.

In making decisions, he always took into consideration where his team was in the rebuilding cycle and by the value each player brought to the team at each point of time.

This principle is something which is very applicable to how we operate in our respective organisations. We are usually afraid and uncomfortable with change, and if someone told us that we have to break down everything and start our team from scratch, we would most likely come close to flipping tables. It is indeed a frightening thought, to break something that seems to be working fine and to start again.

Sometimes things need to be broken and put together again to create something even more beautiful. Restructuring and revamping your team could help lead your team to achieve bigger success than it is achieving now. To quote American author Gail Sheehy, “If we don’t change, we don’t grow. If we don’t grow, we aren’t really living.”

“I had to lift players’ expectations. They should never give in. I said that to them all the time: ‘If you give in once, you’ll give in twice’”. – Ferguson

Ferguson was very passionate about instilling values in his players. He did not just focus on technical skills. He also made it a point to ensure that his players had the drive to do better and to never give up. He had a habit of recruiting what he calls “bad losers” and he demanded that they work extremely hard.

Ferguson’s attitude and determination spread to his players, and soon they would not tolerate teammates who were not giving it their all.

We too, should set high standards for ourselves and our teams. We might never know how much we can achieve until we set out to do it ourselves.

I believe that it is important to push ourselves to reach our maximum potential, just like Ferguson did with his team. Remember though, there is a difference between setting high standards and unrealistic standards.

“Winning is in my nature. I’ve set my standards over such a long period of time that there is no other option for me – I have to win. I expected to win every time we went out there. Even if five of the most important players were injured, I expected to win.” – Ferguson

Football fans would know that Manchester United had a knack for pulling through and winning in the last stages of the game.

The Harvard Business Review analysis showed that the team had a better record when tied at halftime and when tied in the last 15 minutes of the game compared with other teams in the English Premier League.

Ferguson always prepared his team to win. He had faith in his players and this also made them believe in themselves and gave them confidence.

In everything that we set out to do, we should also always set ourselves up for winning. Setting the right mindset helps boost our confidence and downplay negative thoughts that distract us from winning.

Ferguson is one of the most influential and inspiring leaders in the sports world. His tactics may have seemed harsh and extreme to some people, but in the end, his team delivered results, and Manchester United has produced some of the best football players under his leadership.

“I used to have a saying that when a player is at his peak, he feels as though he can climb Everest in his slippers.” – Ferguson

· Before he took on the role as manager of Manchester United, Ferguson was the manager of Aberdeen F.C. Prior to that, he played football with Dunfermline Athletic.

· Ferguson holds the record of the longest serving manager for Manchester United.

· When he first took over Manchester United in 1986, the team was placed at second from bottom on the English Premier League. Under his management, the team completed the season at the 11th place on the table.

· On Nov 23, 2012, a bronze statue of Ferguson was unveiled outside Old Trafford. The statue was designed by Scottish sculptor Philip Jackson.

· While Ferguson was manager of Manchester United, the team has won a total of 38 trophies.

Hyma Pillay is operations leader for the leaderonomics.com career guide team and the Leaderonomics content team. She enjoys watching Manchester United football matches with her dad at home. This article is in no way biased towards her affection to the football club (or maybe it is).  To read more articles on leadership, click here!

Do Sport, Do Good?