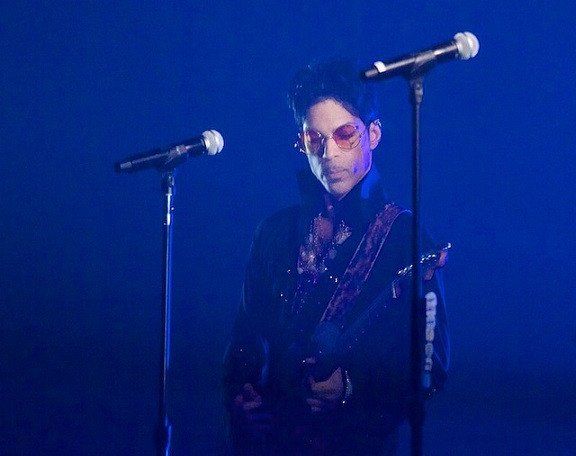 The name Prince is synonymous with innovation in music. From classy pop classics such as Purple Rain, Diamonds and Pearls and U Got the Look to high-class jazz, soul and funk such as Sign O’ the Times, Avalanche and We Live 2 Get Funky, to working with artists such as Miles Davis, Chaka Khan, Stevie Wonder and so on.

In my book Leading Innovation, Creativity and Enterprise, I use the examples of Prince, Sheila E and George Clinton to address transferable lessons for leaders and entrepreneurs trying to do new things alongside the more usual MBA case studies.

Here’s Sheila E talking about her experiences of being Prince’s musical director, amongst many other things:


Unlike many performers in rock’s monarchy, a Prince live performance is often different every night. This is because Prince operates from a menu of 300 songs, which the band may be called to play at any time. Many other artists prefer to perfect and then repeat their set night after night, because it is seen as a huge risk to make mistakes in front of a stadium-sized audience.

Doing a residency in any particular city requires a large repertoire to ensure repeat business. – Prince

What are the parallel lessons for businesses that are interested in being fast, nimble and continuously innovative?

This might interest you: Life On Mars – Reinvention Lessons From David Bowie

To reach mastery in improvisation paradoxically requires intensive detailed preparation. What looks like a seamless performance is the result of many hours of preparation and Prince is meticulous in this respect.

I had the chance to study this at close range at one of his concerts at London’s Roundhouse. Watching Prince perform is better than attending a masterclass on the everyday habits of a polymath in action.

With a wink of his “third eye”, Prince simultaneously:

It’s all going on with Prince. Every muscle, limb and corpuscle are centred on his performance and, more importantly, the performances of those around him and the expectations of his diverse audience.

It’s no surprise that he is adored by musicians who understand that to get better you need to surround yourself with people who are better than yourself. It’s also no surprise that some lesser mortals loathe his unique combination of musicology and showmanship as it’s just ‘too good’ in comparison to their own skills.

I discuss the concept of personal mastery in my book under the heading of the ‘10,000 hours effect’, popularised by Tom Peters and, more recently, Malcolm Gladwell. The idea of prepared spontaneity contradicts what some so-called creativity and innovation gurus say on the subject, yet we constantly see parallels across many industries. Sloppy creativity produces sloppy results in many businesses as well as in the rock business.

Lesson # 2: Be a boundary crosser if you want to create a sustainable advantage in your marketplace.

Prince is also a master of fusing musical genres and influences outside his core style. This enables him to still exert a major influence on artists of the 21st century, such as Lady Gaga and Beyoncé. In business, the ability to cross mental boundaries is the parallel skill set, exemplified by companies such as 3M and Google.

Google, in particular, is a great example of a large enterprise that encourages experimentation and practice.

In a recent interview, Google’s chief executive officer Larry Page said: “One of the primary goals I have is to get Google to be a big company that has the nimbleness and soul and passion and speed of a start-up.”

This means that, unlike most large companies, Google must tolerate and embrace failure if it is to continue to innovate. Practice makes perfect but it also allows for mistakes. Google’s approach may mean that we will see driverless cars in the future, powered by Google’s developments in geolocation.

Lesson # 3: Innovation = Perspiration + Inspiration. Be prepared to sweat it out as well as glow with your ideas.

Prince’s level of risk-taking on stage is perhaps greater than other artists such as Celine Dion, who aims for a perfect, polished performance, which can be reproduced night after night. Through conversations with a session musician who works with Dion, this becomes apparent. Dion also showcases the individual band members in what appears to be a loose jam, but the order and sequence of each individual solo is preset in advance.

In contrast, Prince will call out individual band members for a solo on the fly. This requires every band member to be watching and waiting for the instructions that Prince gives to the band members. 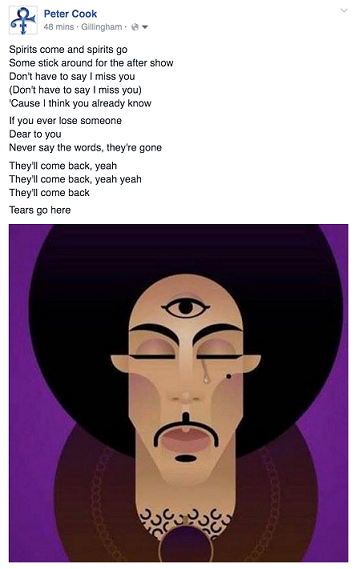 Both approaches rest on meticulous preparation and practice if you want to reach out for excellence. An object lesson for all: If you want to be a star, know that perspiration is much more important than inspiration.

I used to be more involved with every aspect of everything onstage. I’m way more relaxed now. It feels like anything can happen. – Prince

Ps: Since writing this article, yesterday I was hit with the very sad news of Prince’s untimely death at 57 years old – the same age as me. I have spent most of the evening lost for words, but then some comfort came to me from his own song Comeback written about his only son who died shortly after birth. Inside this tragedy, Prince even finds hope and that is what makes him the leader he is. I have lost someone I felt a huge connection and friendship to. Sometimes it snows in April…

Raise Your Game: The Leadership Failures Of Adolf Hitler