Schwarzenegger: A Man Of Many Talents 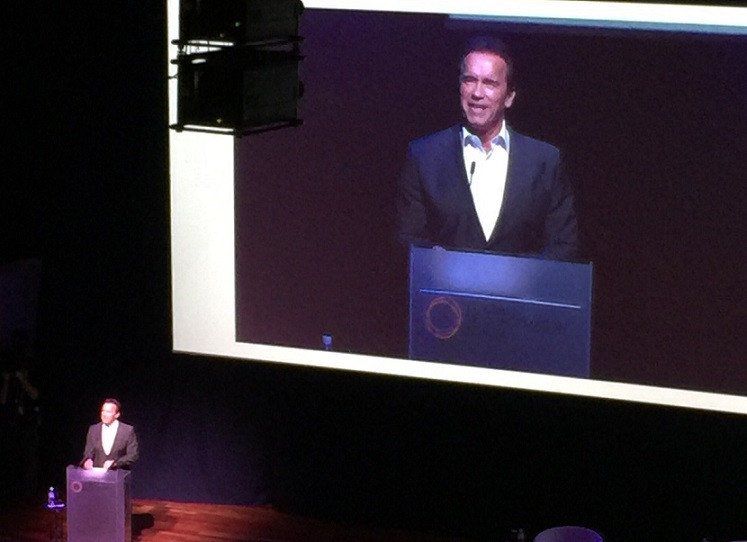 Photo above (by Stephanie Ho): Former governor of California and Hollywood famous actor Arnold Schwarzenegger delivering his speech on ‘Discipline of Action’ during the second day of the Global Transformation Forum at Kuala Lumpur Convention Centre.

I am not a fan of Arnold Schwarzenegger the politician, however I am certain that he lived through most of us with his more popular movie character, The Terminator, which he reprised recently in Terminator Genisys, which was released in the middle of this year.

Schwarzenegger himself was in Kuala Lumpur last month, in conjunction with the Global Transformation Forum (GTF).

Beyond his acting skills, Schwarzenegger sets the pace as a leader in his own right, by constantly pushing boundaries, not just to have a dream, but to be a somebody.

Interesting facts that I discovered:

During the GTF conference, in Schwarzenegger’s keynote speech on ‘Discipline of Action’, he enlightened the audience with his key six leadership messages:

You have to know where you are and where you want to go.

Schwarzenegger was born after World War Two in Austria, and at 15 years old, he was groomed to enter into police force like his father.

Yet, Schwarzenegger had different ideas, and he was intrigued by Reg Park, the bodybuilder well known as Mr. Universe in the 1950s to 1970s, and as the lead character Mr. Hercules.

And from that, he knew exactly what he wanted to be, and thus followed the success blueprints of his idol in order to become rich and famous.

He knew the journey ahead was tough.

If you do not have a vision, then everything you do just becomes a job. You have to live, not just exist.

During his days of training and acting, he visualised his success while working to turn that vision into reality.

He set his mind to training and perfecting his body endlessly, with the goal of lifting the trophy above his head. And he was successful. At age 20, he set the record on being the youngest Mr. Universe ever.

His single-minded dedication is displayed even during his acting years. He made sure that whether he was playing the role of Conan the Barbarian or The Terminator, he remained focused on seeing through the part.

To him, movie results were permanent, while injuries and scratches sustained during the film shooting were temporary.

2. Think big and aim for the stars

Schwarzenegger doesn’t limit his vision; not to being just a bodybuilder, an actor, or a politician.

He wanted to be the greatest bodybuilder of all time. And he strove even harder to win the Mr. Olympia title.

In showbiz, Schwarzenegger didn’t just want to be in movies. He aimed for the lead role and the goal was to have his name above the title, e.g. Arnold the Terminator.

Even in politics, he sought to be the governor; not just having a minor political role. And California is undisputedly one of the largest states in the United States. Mind you, Schwarzenegger was not even born in America.

Get the negativity out; both in your mindset and in your vocabulary. Throw out the “Cannot”, “No”, “Impossible” and “Can’t be done”.

In the early stages of his acting career, Schwarzenegger was told that he had no chance. Casting agents said that his body was “too weird”, his accent was funny, and his name was too long, which they insisted on changing.

The negative remarks followed upon Schwarzenegger’s interest in politics.

Look how Schwarzenegger turned his back on negativity. Along his journey, he disciplined himself in training, took English lessons and classes to improve his “accent”.

Do not be influenced by the negativity and naysayers.

If Schwarzenegger had allowed himself to tune in to the critics, most likely he would have ended up joining the police force or singing professionally to The Sound of Music back in Austria.

You need to keep your sights 100% on your main plan.

Like in sports, for example golfing, one cannot let your sight off the ball or you would miss it. It is a sign that you have doubts within yourself.

One of the most dangerous thing you can do is to derail yourself from your dreams, goals and vision.

Fail again, but fail better. One should never be afraid of failure. The difference between a winner and loser is how you pick yourself up after the fall.

5. Work your butt off

There is no success without hard work. Schwarzenegger shared a story on Muhammad Ali, the professional boxer.

At the height of his career, Ali was asked how many sit-ups he does. He simply answered that he does not count. No pain, no gain.

Simply enough, stop creating excuses. Use every ounce of your time to improve yourself and be better.

Give something back to your country or community. Get involved in causes greater than ourselves.

The most gratifying part in Schwarzenegger’s life is philanthropy. He widely supports causes related to children, health and environment.

During his years in politics, he stressed that he is a public servant, not a party servant.

As the governor of California, Schwarzenegger turned down his governor’s salary. Instead, he donated it to charity.

Each of us have the power to make the change. Work on ‘we’, not ‘me’. Make your mark and leave a legacy to be proud of.

Stephanie enjoys connecting with people. She is curious and sees the positivity in life. At this moment, she is focused on how we at Leaderonomics can partner corporations and elevate their employer branding. Email her at stephanie.ho@leaderonomics.com to exchange ideas. For more Thought Of The Week articles, click here. 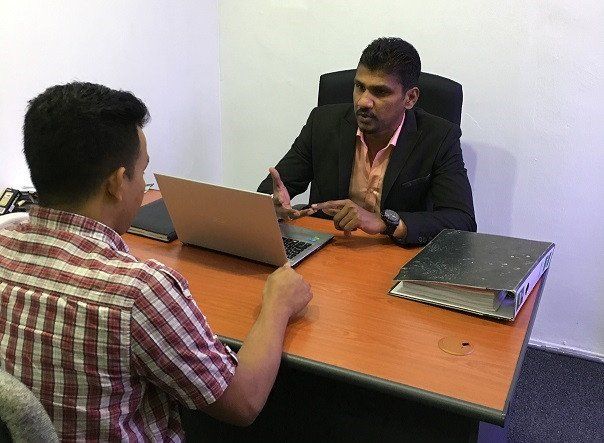