Star Wars: The 4 Galactic Constraints Of The Empire 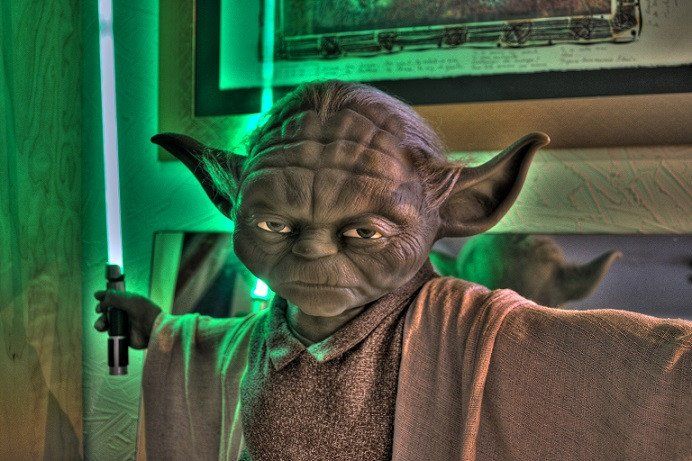 The Dark Side just didn't deal with their organisational constraints properly

And why the empire will never strike back

The four constraints are: 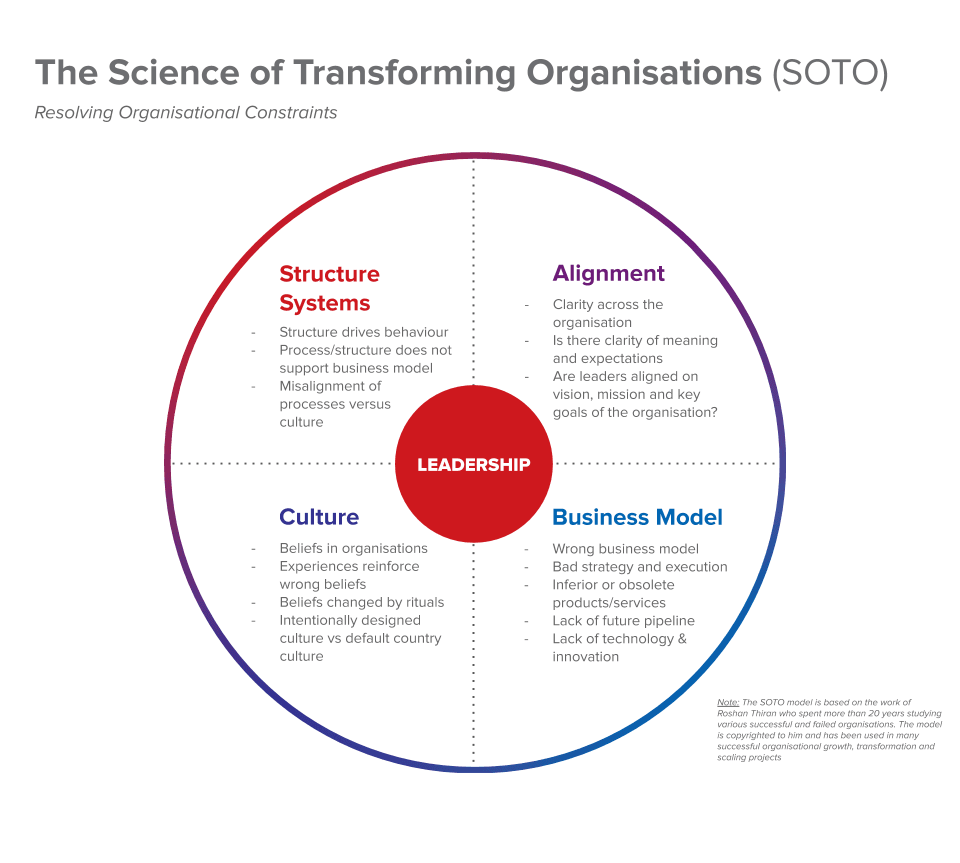 The same happened to Eastman Kodak who refused to budge from their 'film' business model.

In Star Wars, the Galactic Empire and the Emperor had a strategy to wipe out the rebellion and establish themselves as the ultimate Lord.
Their business model was a simple one – build the Death Star and use it to wipe out rebel planets. The Empire spent countless resources, including crazy amounts of manpower, money and effort to build the Death Star.

After successfully destroying only one planet, the Rebels destroyed the Death Star.

After the destruction of the first Death Star, neither the Emperor nor Darth Vader decide to relook at their failed 'business strategy'. Instead, they decided to rebuild a bigger, newer Death Star. Again, the Rebels managed to destroy it. Talk about constraints!

The Empire clung on to an obsolete business model and strategy. And they kept trying to 'ride a dead horse'. The 'Dead Horse' theory postulates that no matter how hard you beat up a dead horse, you will not be able to revive it.

If you are trying to scale or develop a high performance business, is your business model or strategy letting you down? Keep looking at it and never be afraid to tweak, or explore alternatives, especially if the market or circumstances have dictated your business model void.

One of the biggest mistakes organisations make is to focus on people. Yes, you read that right! The problem with solely focusing on people is that we end up pampering our people.

The key to successfully getting your employees to high performance is to focus on “process”. You can still care and love them, but your emphasis must be on building institutional processes.

One of the biggest mistake the Empire and its leadership made was to rely on their 'top talent'.

This was also the same issue that Enron had. They hired really smart people and focused entirely on these “special” people making the organisation great. Initially, Enron had stellar performance. But like the Empire, it ultimately blew up.

In Episode IV: A New Hope, the Emperor disbands the Galactic Senate and handpicks a few regional governors. By Episode VI, even those are gone and only Darth Vader remains as his bastion of leadership.

In fact, he is so desperate, his succession plan is to “poach” Luke Skywalker from his competition. Sounds common enough?
On the other hand, the Rebel Alliance did not focus on people but on process. They developed Yoda, Obi-Wan Kenobi, Anakin Skywalker and later Luke.

They even were able to identify and quickly immerse an external talent in Han Solo into their organisational leadership structure. They had a clear process of recruitment.

Anakin was selected from the outskirts of the galaxy and was quickly accelerated into their 'talent' programme as “the force is strong with this one”. There was even a clear process of assessing potential and gaps as we saw with Anakin’s development.

They also had a clear process of talent development. Mentoring was a key part of the process. Yoda explains the mentoring process of the Alliance as:

Always two there are, no more, no less; a master and an apprentice.

The Jedi spend a significant amount of time on technical training, building depth of expertise in weaponry (lightsaber training), ways of the force and even leadership skills like patience and willpower.

Anakin was put through the rigour of the Jedi Talent Management programme. So was his son Luke, with Yoda as his master in Episode IV. And when Luke left his training prematurely to save his friends from Darth Vader (much to Yoda’s dismay), he was clearly not ready and suffered.

Without proper systems and structures, you will never be able to scale your organisation to greatness.

In the mid-90s, I worked at NBC, a television network in New York. I remember Jack Welch yelling and commanding everyone to drive Six Sigma into every part of GE.

At NBC, Six Sigma had no relevance to these media folks who looked at it as a manufacturing process. But to calm Welch down, the NBC team launched a big grand all-employee Six Sigma party with Jay Leno and other stars cracking jokes and with T-shirts and caps given out.

After the party, there was limited mention of Six Sigma. Six Sigma failed initially to take off at NBC even with an enraged Welch championing it. Welch quickly learnt and announced a new process change in GE where no one could be promoted unless they had Green Belt certification.

Immediately, lots of people signed up for Six Sigma including me. Welch cleverly leveraged the new 'structure' to support Six Sigma.
When you drive any change, you need to revise processes and structures to be consistently aligned with your goal and to measure and monitor progress and effectiveness. Even for talent management, you need to build systems to assess, develop, grow and retain talent.
Everything has to be a process. Processes and structures are key to ensuring a high performance organisation. Just ask Darth Vader and he will share the perils of focusing solely on people.

If you glance at the Empire’s leadership, there were very little processes involved in building the leadership DNA.

It was pretty much Darth Vader and the Emperor who ruled (after they wiped out all other leaders along the way).

The Jedi Rebels, on the other hand, not only had a leadership development process, but their leadership continuality was being built at all levels. When there was a gap, as we saw in Episode IV, Master Yoda steps in to train young Luke Skywalker.

The Jedi Council itself spent an enormous amount of time on leadership development issues. Even at the stage of young Padawans (akin to management trainees at organisations), the Council reviewed each applicant and measured progress.

And there is a clear mentor-mentee system to ensure all young Jedi are given leadership exposure and coaching. In Episode I: Phantom Menace, young Obi-Wan is sent by the Council on a diplomatic mission to Naboo accompanied by his Jedi Master Qui-Gon Jinn.
If you look at all the top organisations in the world, a key part of their success is leadership.

In fact, many problems of the world and even in our country are related to lack of leadership. And it is not only leadership at the echelons of power, but across the organisations.

We see so many organisations faced with constraints and failing to grow and fulfil their potential because the middle management fail to be great managers. Great leaders and managers are needed at every organisational level. It is very hard work to develop and grow leaders at each level.

Yet, if you do, and even if one of the leaders you develop decides to jump ship (as Anakin did), you must never lose faith. It is much better to have developed countless leaders and lose some of them than to have no leaders. Organisations with great leadership DNA always bounce back.

The chief executive officer (CEO) and senior leader of an organisation must be personally committed to “building world class leaders”.
If you get lip service from the CEO and leadership team that they are committed to growing their employees, yet whenever a top talent is requested to be rotated to a new role to learn and grow, and one is not released due to “business reasons”, you can be sure that others will also role-model the leaders and you will never be able to have a real leadership infrastructure in place.

Steve Job’s personal commitment ensured the success of various campaigns at Apple. Sir Richard Branson gets involved in all Virgin’s key initiatives from day one.

Even in Malaysia, our research indicates that the most successful leaders spent significant amount of time with their talent, teaching and developing. Welch spent at least 20 days a year teaching initiatives he was championing.

The hardest part of any change initiative is to ensure it does not become a fad or a “flavour of the month” but to ensure that it becomes part of the organisational DNA. It requires cultural alignment.

According to Schwartz and Davis: “Organisational culture is capable of blunting or significantly altering the intended impact of even well-thought-out initiatives in an organisation.”

People and organisations are creatures of habit, and changing habits is harder than changing structures or systems. Organisations, like people, have personalities, and to ignore it will be fatal to your efforts. You need to be aware of your cultural impediments and address them.

Among them may include:

A few years ago, I was leading a global initiative to drive e-learning usage. We built programmes, got leaders championing the cause and built processes to support e-learning.

Yet, the take-up rate of e-learning was abysmal. Until we realised that culturally, e-learning was not the accepted norm.
People preferred to go for actual training classes where they got away from their offices, had coffee breaks and lunches provided and even got a certificate which they could showcase on their desk.

When on e-learning programmes, participants were often disturbed mid-session by operational issues and never got about completing the learning.

To counter and address these cultural issues, we issued Starbuck’s coffee vouchers for e-learning classes (in lieu of coffee breaks), we built big signboards which hung by participants desk reading: “Student on e-learning – do not disturb me.”

We even started issuing special certificates and gifts for those with high e-learning usage. Within months, e-learning took off in a big way. A corporation’s culture can be its greatest strength or its greatest enemy.

In Star Wars, we see how the Empire ultimately tumbled into oblivion because it practised the wrong culture.
In Episode V: Empire Strikes Back, we see how Admiral Ozzel (who worked for Darth Vader) made a big mistake by taking the Imperial Fleet too close to the Hoth system, thereby allowing the Rebel Alliance to detect them and defend accordingly.

Darth Vader, upset by this “mistake” used his “Force” to choke Admiral Ozzel. Immediately after killing him, Darth Vader promoted Captain Piett, Ozzel’s second-in-command to Admiral of the Imperial Fleet.

Shortly thereafter, Darth Vader choked Captain Needa when he failed to capture the Millenium Falcon. These actions immediately became the cultural “norm” for the Empire – mistakes will not be tolerated.

How many of these four constraints are currently obstacles to you and your organisation becoming world-class?

This culture of 'fear' and those in command being punished by these mistakes soon mutated into employees in the Empire pushing their bosses to failure. After all, the fastest way to be promoted was to undermine and ensure your boss failed.

And this culture of punishing mistakes ultimately was one of the key reasons why the Rebels were able to stand a chance against the Empire.

Your organisational culture is constantly evolving. If you are not intentionally designing it, someone else will.

How many of these four constraints are currently obstacles to you and your organisation becoming world-class?

If only Darth Vader and the Empire understood these constraints and worked on them, the poor Rebels who have been wiped up.
But thankfully, the right team worked on their culture, process, leadership and business model and managed to destroy the bad guys.