Delivering Happiness A Path To Profits, Passion And Purpose 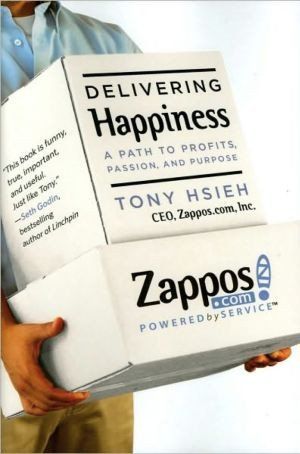 In 2008, Amazon.com acquired Zappos.com Incorporated, the world’s largest online shoe seller, for a whopping US$1.2bil. The acquisition was swift and the price – mind-numbing.  But CEO Tony Hsieh knew what his company was worth. Since it commenced operations in 1999, Zappos had been growing steadily and had soared from zero to US$1bil in sales. With its unique management practices and a powerful brand, Zappos was indeed very valuable.

How does a young man rise to become one of the top CEOs and entrepreneurs in the United States?  What does he do and believe in?  What has he achieved and how did he achieve it?

This book answers all these questions, and more. The book is neither a business autobiography nor a charter of Zappos’ corporate history, but one that introduces Hsieh as the man behind the successful empire. It also reveals his beliefs and highlights the important lessons he learned in his early business endeavours from the age of nine.

After graduating from the prestigious University of Harvard, the tech-savvy Hsieh co-founded a start-up company called LinkExchange, a service that offered web design services to local companies. Four years later, it was sold to Microsoft for US$40mil. Zappos.com, Inc is Hsieh’s second start-up.

Whilst luck may have contributed to his achievements, it is the culmination of all his business experience that makes him a creative entrepreneur, unafraid of taking risks. Furthermore, amidst cumbersome bureaucracy and profit-seeking objectives that are common in most companies, Hsieh’s value-based and people-oriented management practices have made him a highly-admired leader.

Some of the practices that he initiated at Zappos may have seemed counter-intuitive and economically absurd, but they are standard operating procedures at Zappos. For example, contrary to conventional practices of e-commerce where orders may be logged online and inquiries made through emails, Zappos encourages customers to call by placing the company phone number at the top of every page of its website. Hsieh believes that the telephone is still one of the best marketing devices and sees each call as an opportunity to build a lifelong, trusting relationship with customers.

It many appear odd, but that is not the only thing that makes Zappos successful. At the core of Zappos’ success lies its employees’ obsessive commitment to excellent customer service as well as management’s determination to ensure that the work force is happy. In fact, so deep-rooted is Zappos’ commitment to best serve its customers that it has become Zappos’ culture. Hsieh believes once a company has the right culture, other important things – PR, marketing, customer service, employees’ loyalty and brand – will happen naturally on their own. Zappos’ highly praised culture expanded to include vendors, partners and the rest of the world.

In writing this book, Hsieh hoped to inspire established businesses and entrepreneurs alike to defy conventional wisdom and create their own paths of delivering happiness to the world. At Zappos, that path was found with the marriage to Amazon.com.

Raised in a typical Asian family, Hsieh was expected to excel academically. But his vision and dream had always been about making money. At the age of nine, his first business venture was a worm farm, which consisted of no more than a box of worms fed on egg whites. Although the worms were slowly eaten by birds, Tony learned his first important lesson in business – the perils of nature.

Lessons acquired from a number of other ventures down the road, included the factor of seasonality, the invincible truth of demand and supply, the impact of liquidity, the power of outsourcing, and the importance of networking. But the two most significant lessons he learned were the importance of taking risks and thinking outside the box. It is these two learnings that give him the creative edge as an entrepreneur and manager.

Upon graduating from one of the world’s most prestigious universities and after venturing out in the real world, Hsieh and his roommate Sanjay landed their first jobs at Oracle. As is often the case with most entrepreneurs, Hsieh and Sanjay quickly became restless and bored by the mundaneness of their work.

They began to think of something to do and soon started LinkExchange, a service that helped create web sites for companies. LinkedExchange was sold to Microsoft four years later and Hsieh, as well as Sanjay, became millionaires. Rich but jobless, Hsieh asked himself, “Now what? What’s next? What is happiness? What am I working towards?”

What followed was an investment opportunity based on an idea that initially sounded like the poster child for a bad Internet idea. Selling shoes online under a company called Zappos, a derivative of the Spanish word Zapota, which means shoe. Not knowing that he was onto something huge, Hsieh agreed to only provide financial support and IT know-how to Zappos.

However, during the course of searching for other investment opportunities, he discovered poker, which provided many of the valuable insights that were later used in Zappos. Some of these insights, when considered in the business context, are interesting and useful.

·       It is harder to win if there are too many competitors, whether they are inexperienced or predictable.

·       You need to act weak when strong, act strong when weak and know when to bluff.

·       Help shape the stories that people are telling about you.

·       Always be prepared for the worst scenario.

·       It is a long-term game. You may win some and lose some, but it is what happens in the long term that counts.

·       Do not play games that you don’t understand, even if many people are making money from them.

·       Figure out the game quickly and when the stakes are not high.

·       Do not cheat for cheaters never prosper in the long run.

·       Adjust your style of play in accordance to the dynamics. Be flexible.

·       The players with the most stamina and focus usually win.

·       Differentiate yourself. Do the opposite of what other players at the table are doing.

·       Educate yourself. Read books and learn from others’ experiences.

·       Learn by being hands-on. Theory is nice but actual experience is better.

·       Learn by surrounding yourself with talented players.

·       You have got to love the game. In order to become really good, you need to live it and sleep it.

·       Do not be cocky and flashy. There is always someone better than you.

·       Be friendly. You never know who you’re going to meet, including new friends for life or new business contacts.

·       Be generous and share what you’ve learned with others.

·       Look for opportunities beyond just the game you sat down to play.

·       Have fun. The game is a lot more enjoyable when you’re trying to do more than just making money.

These lessons were merely tactical. What Hsieh lacked was a vision. What to do next? He found it in a friend who said to him, “Envision, create and believe in your own universe.”  With that, he finally put on his entrepreneur hat and became the CEO of Zappos. Though he had always believed in the potential of Zappos, it was not until then that he equated Zappos to be the universe he would help envision and create. Hsieh embarked on a new passion – to prove to everyone that he was not a dot.com lottery winner, whose success with LinkExchange was merely a fluke. He wanted to prove to the world that he could do it again.

Obviously a twitter fan, Hsieh had quite a few interesting tweets to live by at that particular point:

·       “A great company is more likely to die of indigestion from too much opportunity than starvation from too little.” 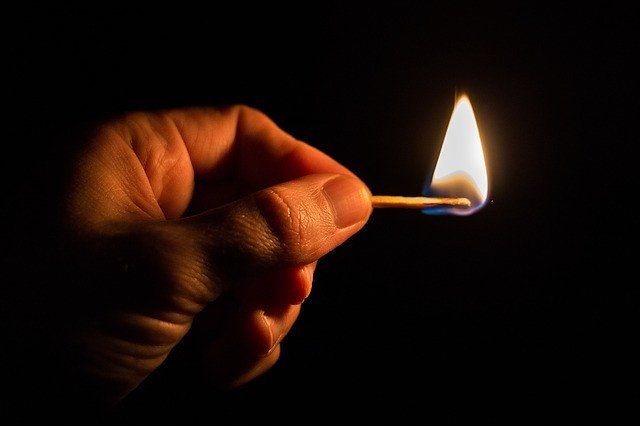 Koh Earn Soo
Koh Earn Soo is the Executive Director at SU. He has significant experience in the oil and gas industry and has been the editor of a key business magazine for many years. Koh Earn Soo and his team take the best books and summarise them into shorter, readable content in the hope of inspiring people to read more and learn more. To read the rest of this summary and summaries of other bestsellers, subscribe to www.thebest-booksummary.com