Are We Missing Something In Using AI To Enhance Customer Experience? 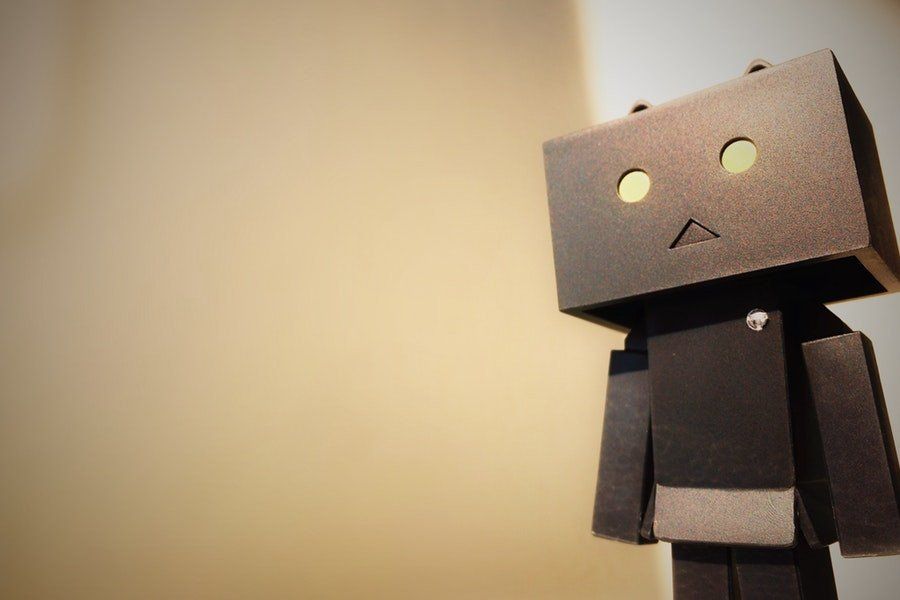 What being a flight steward taught me about customer service today, and beyond…

When I was a Singapore Airlines flight steward many years ago, there was one route no one ever wanted to get staffed on. It was notorious for its demanding customers, who seemed determined to drink up every drop of free booze they could.

You’d come to pick up a tray after a meal and everything would be gone, even the cutlery. Once after everyone else has deplaned, we found a man passed out drunk in one of the seats with his pants unzipped and his manhood exposed after having urinated on his seat.

You can see why this wasn’t a popular assignment. 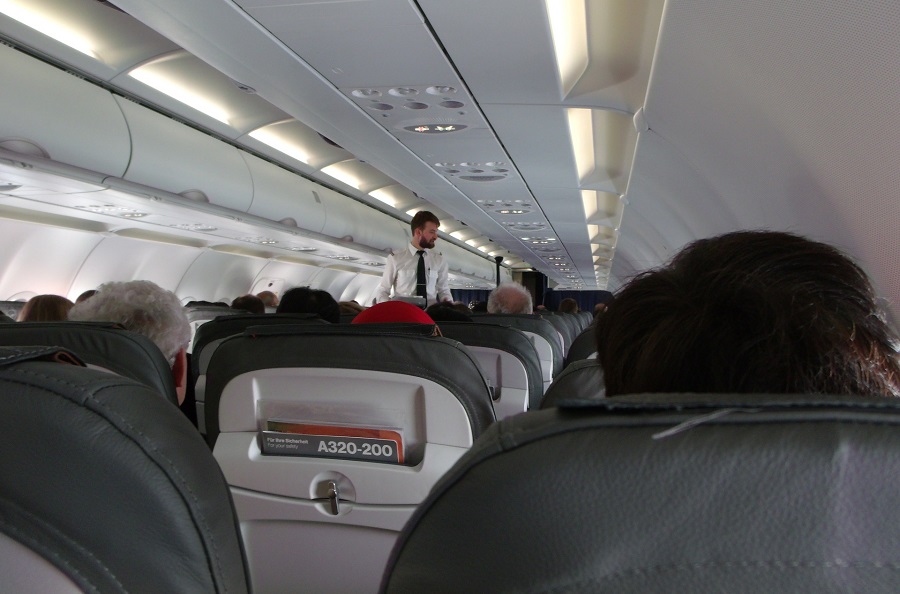 However, flight attendants like us understood the context for these customers’ behaviour. This was 25 years ago when air travel for the masses was not at all common, and most of these passengers were carriers: other people paid to transport goods to India in their luggage, bypassing strict import regulations.

Air travel was a luxury they wouldn’t have been otherwise able to afford – and this wasn’t just regular air travel, but air travel on Singapore Airlines, famous for their inflight service. No wonder they got so excited about the free booze and generous meal portions.

Being on that flight and many others that I took around the world, it was an excellent lesson in customer-centred service.

Whenever I got frustrated with these passengers, I would try to put myself in their shoes and understand why they were acting the way they did. Thinking this way didn’t just calm me down – it helped me anticipate their needs, cope with their behaviour and be a better flight attendant. It’s a skill I applied often later on in my career as a marketer and then as an executive at a major technology company.

The benefits of a frustrated chatbot

It’s been a long time since I had to shuffle a drunk passenger off a plane. However, lately as customer experience automation – particularly chatbots – have become all the rage, I’ve been thinking back more and more on my time as a flight attendant.

Recommended for you: How Customer Service Has Changed and How to Stay Ahead

Customer experience expert Shep Hyken has even argued that “the most sophisticated chatbots can provide a more human experience than an actual human,” in part because they never get frustrated with difficult or demanding customers.

In today’s digital age, we prioritise the “experience” – and a chatbot can certainly provide a nice experience. Well, not always!

However, getting a little frustrated with someone – and then overcoming it – is part of what makes for a genuine “human experience” to begin with.

A chatbot that can’t get frustrated also can’t empathise. It can’t comfort someone who is sad or genuinely apologise when the company messes up. It can’t make an exception to the rules for a customer in serious need. All of these things are at the core of truly customer-centred service, and key to making the customer feel not just served but truly taken care of.

Becoming a flight steward was not something I ever dreamed of doing, but it turned out to be one of the most formative jobs I ever had.

I learnt how to perform under pressure, deal with people I didn’t know, interact with those whose backgrounds were nothing like mine, and serve people of every different age, background, and status.

Most importantly, I learnt empathy by listening to not only passengers, but to my fellow crew members, too. It was then that I discovered how empathy doesn’t take much from the giver, but has a monumental effect on the receiver. It can even be a great catalyst for innovation in the most unexpected places. That’s how powerful it is.

Now, a chatbot isn’t bonding with its colleagues behind the scenes, or taking calming breaths when dealing with a difficult customer. Chatbots today can have somewhat sophisticated “care” functions due to specific algorithms, but they’re so much more limited than a human being when it comes to emotional intelligence.

A chatbot can pick up on when a customer starts to sound annoyed, but they’re less likely to figure out why they’re annoyed – or to do anything about it.

Part of the problem is lack of context: research has shown that people use a smaller vocabulary, shorter sentences, and more profanity when speaking to chatbots than they do instant-messaging with actual humans. Bots simply get less backstory, which in turn means they might not respond as humanly as they should.

The problem starts with us

To be fair, one might argue that most human customer service call centre employees aren’t allowed to have human reactions to customer problems either.

They’re often limited to reading off scripts and applying one-size-fits-all, blanket policies to customers no matter what their unique situation.

Who hasn’t called into their cable company or telco and heard some variation on these terrible words over and over:

“I’m sorry, there’s nothing I can do about that, sir.”

But that only goes to show that the problem has deeper roots. By forcing the humanity out of human-to-human customer service interactions over the past few decades, we’ve prepared customers to settle for less in human-to-AI interactions, too.

It’s time to use technology to enhance the ‘humanness’ of customer service interactions, not to deplete them. (Teamwork is the key here. As a former sales representative noted recently, AI is the best partner a representative could ask for.)

Read also: How Machine Learning Is Changing The Game

Just as companies need to embrace diversity, customer service needs a makeover. The fact is that while companies are falling all over themselves to build chatbots from scratch, many of them aren’t making effective use of the customer service data at their fingertips.

To take another airline example, I was recently stranded in London without luggage due to a flight delay. When I called my airline, they offered me – nothing. They promised to get my bag to me at a certain time, and never delivered.

I had to spend a lot of money on brand-new clothes in London in order to dress up appropriately for the meetings I had lined up. Their policy was clear: they couldn’t help, even though it was their own fault.

This airline was being guided by customer service policies written a long time ago; policies that have little relevance to the fast-paced world we live in today. The agent I spoke to had no leeway to say something other than:

And that’s, quite frankly, a little ridiculous.

This might interest you: Did You Forget To Ask, What’s In It For The Customer?

As we use technology to augment customer service, we need to update our customer service policies to reflect the world we live in today. This was a massive missed opportunity for the airline to own up to their mistake and right their wrong.

I’ve been in that situation many times as an airline employee; working for the No 1 airline in the world meant that the pressure on me to deliver exceptional, personalised service was high. Of course, I’m human – I made mistakes.

However, I quickly learnt that an authentic apology plus a little extra care went a long way in making up for whatever mistakes I made. Learning to apologise is the first step to being able to rebuild a relationship with a customer when something has gone wrong.

If you spill coffee on someone, you apologise sincerely, but then you also come back every half an hour to check if they need something. (That combination of taking responsibility plus taking action isn’t just my own experience, it’s part of the science of what good apologies are made of.)

I also learnt that one of the best things I could do, other than apologise, was actively listen. I saw that genuinely listening could turn a negative situation into a positive one, for all parties involved.

What’s the modern-day AI equivalent to human listening? Data. Lots of data. Every day 2.5 quintillion bytes of data are created. Airlines – and organisations across the globe – have plenty of customer data at their fingertips that they could be using to better understand the customer and provide them with improved customer service.

But the reality hasn’t caught up to the theorising. For example, the airline I ran into trouble with could have used an algorithm to reimburse me for some basic expenses I incurred in the city I was in, rather than eventually applying a flat rate as they do everywhere. But they didn’t.

For all the buzz about how technology will enhance the customer experience and augment the human experience, it’s often used today to cut costs and increase efficiency. That’s a shame, and a real missed opportunity.

We could be using AI and customer data to build a quirkier, more human system – one that truly centres the customer by personalising responses, making exceptions, and understanding context. AI is about the people and not the machines, and companies can’t loose the human touch in their rush to automate customer service.

Read this: How Are You Responding To The Wave Of Digital Disruption In Your Workplace?

How was your customer experience with chatbots? Leave us a comment!

Haresh brings more than 25 years of working experience in Asia, leading and transforming organisations and teams to thrive in the digital age. A passionate advocate on technology, he coaches senior executives in the areas of leadership, diversity and driving transformation in the digital age. Share your thoughts with him at editor@leaderonomics.com

Stop Bringing The Wrong People Onboard