How 30 Years Of Radical Decisions Have Kept Haier On Top 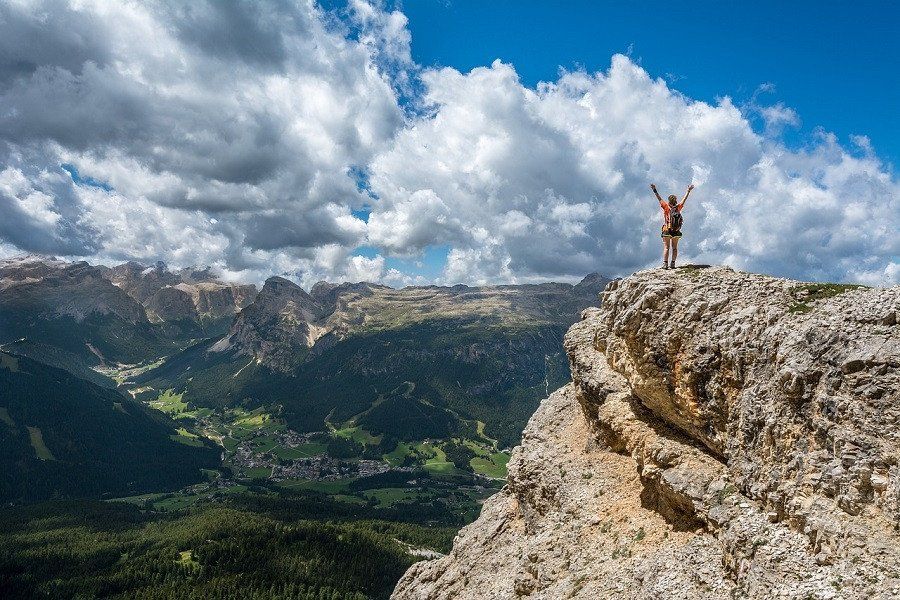 If someone handed you a sledgehammer and told you to start smashing your company’s products, would you do it?

That’s exactly what Haier chief executive officer (CEO) Zhang Ruimin did to prove a point to his employees.

That was the first in a long line of radical decisions that have transformed the company from a fledgling refrigerator maker to the world’s No. 1 appliance manufacturer – and kept it there.

Haier was founded in 1984 when the Chinese government took over a nearly bankrupt refrigerator factory, and put Zhang in charge.

The company brought in about RMB3.5mil (just under USD600,000) in its first year with Zhang as the CEO.

But within two years, it was experiencing unprecedented growth, and has continued to flourish ever since.

Today, the company generates over USD30bil in revenue and USD20bil in profit, and employs around 80,000 people.

Haier has managed to consistently grow year after year for more than three decades by doing what its competitors can’t or won’t: taking an uncommon stand, expanding and diversifying, unleashing the power of employee entrepreneurs, and encouraging internal competition. 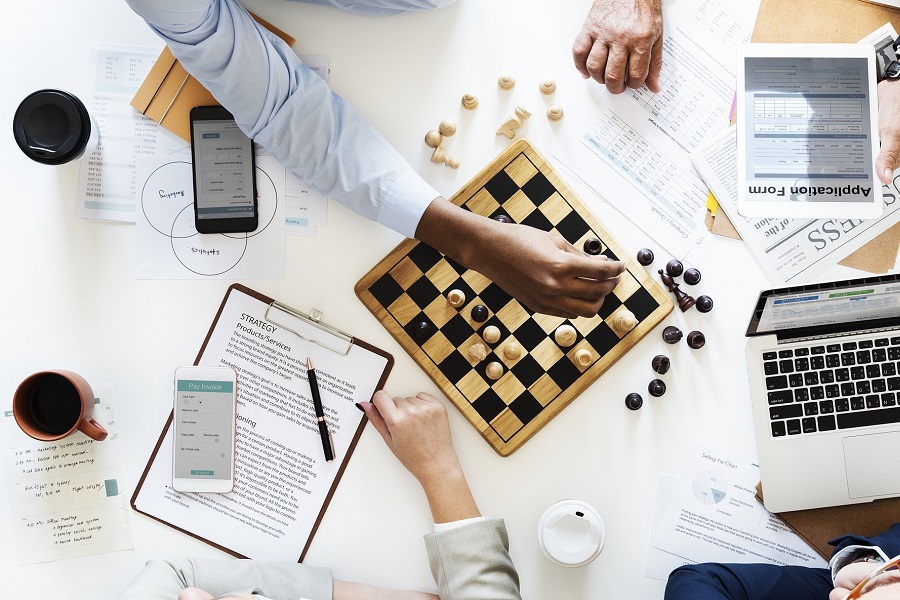 Do you encourage healthy internal competition?

Related post: Why You Need To Diversify Your Business To Accelerate Growth

When Haier originated, it was one of about 300 refrigerator manufacturers in China, most of which were making low-quality products that they sold inexpensively.

But Zhang believed consumers would be willing to pay more money for high-quality, reliable products.

Zhang instilled this focus in his employees immediately by handing out sledgehammers and having them personally destroy appliances that didn’t meet quality requirements.

“They finally understood that I wasn’t going to sell just anything, like my competitors would,” said Zhang. “It had to be the best.”

By shifting their focus to quality and dependability – something no other refrigerator maker in China was focusing on at that time – Haier was averaging 83% sales growth by their second year in business.

By the late 1990s, China had an over-saturation of refrigerators. While competitors slashed their prices to compensate, Haier went the other direction and raised its prices – and the risk paid off.

Consumers were willing to pay a premium because by this point, they recognised Haier as a brand that would deliver high-end, quality products.

When your competitors zag, you can only differentiate yourself with a zig.

What uncommon strategic stand is your company taking?

By 1991, Haier’s positioning as a quality-focused company was proving successful, as they had become China’s top refrigerator manufacturer. The next step in their growth was to expand and diversify.

By the mid-1990s, the company had opened production facilities in Indonesia, the Philippines and Malaysia.

Around the same time, Zhang began to acquire other companies. He looked for appliance businesses in China that had strong products and markets but weak leadership that he believed could be fixed by bringing in excellent managers.

Zhang found what he was looking for, assuming control of an air-conditioning plant, a freezer factory, and a washing machine company.

Haier now has additional factories throughout the United States (US), Europe, Asia and Africa, and is the world’s leading appliance manufacturer.

In 2016, Haier Group acquired General Electric’s appliance division for USD5.6bil to help build a stronger presence in the US appliance market.

After you have proven your uncommon stand is working, how will you expand and diversify?

Unleash the power of employee entrepreneurs

Haier is adopting a model for its enterprise that we believe will define which organisations will thrive in the future.

The company considers itself a platform company. But while standard platform companies – like Li & Yung – coordinate action among outside suppliers, buyers, and other stakeholders, Haier has become a platform to its own internal units located around the world.

“After the arrival of the Internet age, we realised that under this triangular hierarchical structure, people had a difficult time adapting to the requirements of the times,” said Zhang. “So we reorganised ourselves as an entrepreneurial platform.”

Haier’s employees are considered “micro-entrepreneurs”, and are broken up into 3,000 “micro-enterprises” that act like startups.

Each unit is centred around an innovative idea or product and behaves as an independent business within Haier.

The micro-enterprises are small and nimble, allowing them to quickly respond to customer needs, cultivate new ideas, and innovate.

Unit leaders have the power to make big decisions, including hiring and firing their own staff, and are responsible for their own budget. They propose new ideas to Zhang and other executives, and if approved, receive financial backing to move forward with their venture. They are required to hit financial targets, but are otherwise left alone to manage their unit.

“I want each employee coming to work for Haier to have the sense that he or she can find a place in the company to realise his or her own values as well as creating value for the enterprise.”

Haier is also breaking the rules when it comes to compensation. Rather than a fixed salary, employees are paid based on the value they create for the company.

We have given up centralised planning in economies, but not yet within corporations. In 2017, we interviewed Tony Hsieh, the CEO of Zappos, and he expressed his desire to do the same, to convert his employees into “mini-CEOs”.

This might interest you: Holacracy And Zappos: Method Or Madness?

How can you transform your employees into “micro-entrepreneurs”?

In most hierarchical structures, projects are vetted, chosen, and assigned through an orderly process that removes redundancy.

The thought behind this is that it’s inefficient to have two groups investing resources on the same idea at the same time.

But at Haier, employees must pit their projects against other teams with similar ones. They must compete to secure projects, and then compete further to ensure their projects succeed. This pushes them to be creative and innovative, and to use their resources wisely.

When Bruno Mars won “Album of the Year” at this year’s Grammys, he addressed the other artists nominated, saying: “First off, to the other nominees in this category – Lorde, Kung Fu Kenny [Kendrick Lamar], Jay-Z, [Childish] Gambino – you guys are the reason why I’m in the studio pulling my hair out, because I know you guys are gonna come with the top-shelf artistry and music.”

That is the spirit that internal competition can activate.

But it’s not for everyone. And that’s okay, according to Zhang.

This method helps filter out the employees who can’t cut it in this environment, either because their projects rarely succeed, or because they realise they simply don’t want to work this way.

People who are entrepreneurial in spirit and thrive on competition will be attracted to Haier, and will ultimately succeed there, and others will be filtered out, leaving behind the cream of the crop.

Do you allow, even encourage, healthy internal competition?

Are you ready to make radical decisions for your own organisation?

Dr Kaihan is the founder of Outthinker, a former McKinsey & Co consultant and author of four business strategy books, most recently ‘Outthink the Competition’. He is a sought-after keynote speaker and a recognised expert on the topics of business growth strategy and innovation. He is also a faculty trainer with Leaderonomics. To engage him for your organisational needs, drop us an email at info@leaderonomics.com. 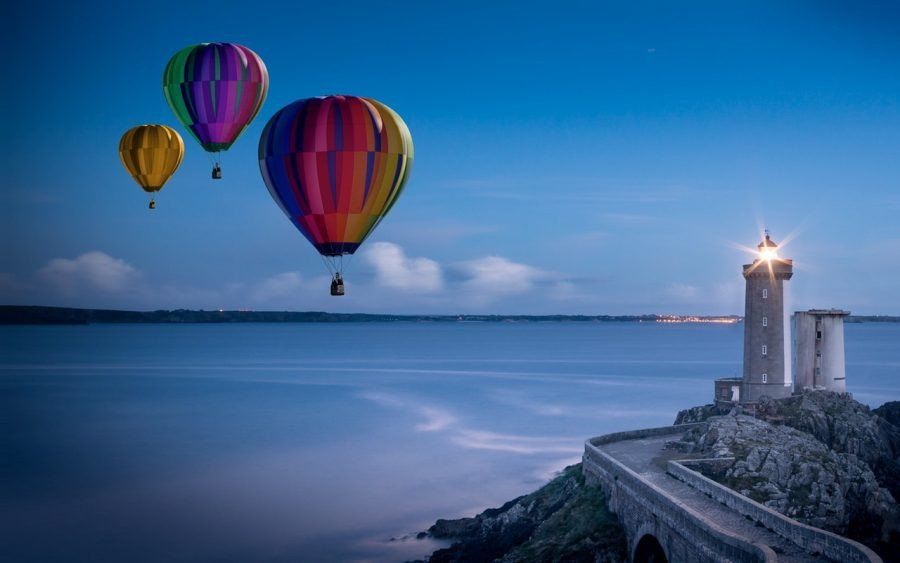 6 Steps For Leaders To Develop A Positive Outlook