How A Street Beggar Taught Me Marketing

Source: Image by Mohamed Hassan from Pixabay
What Marketing Lessons Were Taught?

Marketing Lessons From A Street Beggar

When I was about 18 years old, I joined a Bible Study course that had a section where we were supposed to do an activity to serve the poor and underprivileged. My group decided to feed some of the street people in the city.

So one Saturday, we walked  around the area of a popular mall in Ipoh, handing out the food packs to street beggars. We were nervous, as most of us were from middle-class families and none of us had any experience in this. So it turned out to be sort of a fun day out, where we handed out food packs and made light of it. We often giggled in nervousness or laughed at our own awkwardness.

Later, I felt we didn’t really experience the spirit of the exercise – which was to awaken compassion within us. So I wanted to do it again myself. This time, I wanted to try to really connect with the street people instead of giggling and laughing.

So one day, I bought a lunch pack and started searching around the same mall. Eventually, I gathered up my courage and approached a young-ish looking street beggar. He was maybe in his mid-30s and had a bad leg. He looked like a strong, robust fellow, but his right leg was shriveled and was basically just skin and bone.

He was sitting on the ground in the middle of a busy sidewalk. His skin was a deep red from being under the blazing sun all day.

“Hi,” I said nervously in Cantonese, “This is for you.”

He looked at me suspiciously but accepted the food with a grunt after a while.

I stood there awkwardly for a moment. Was my job done? Do I walk away now? I remembered that I was there to learn how to show compassion. How could I do that if I didn’t even know his name?

So with my heart thumping, I squatted next to him and asked him his name. He stiffened, eyeing me even more suspiciously. Passers-by stared at the middle-class kid trying to make small talk with a beggar. After some time, I managed to learn that his name was Ah Heng.

I visited him several more times after that first awkward meeting. As he got more comfortable having me around, he opened up to me. In my conversations with him, I learned about how he saw the world. That really changed how I saw the world in many ways too.

In one of our conversations, he explained to me his strategy for making money.

“Look at all the other beggars in this area,” he told me. “They all sit in shady spots because they want to be comfortable. Then they snivel, drool, weep and try to look as pitiful as possible. Everyone’s doing the same thing. I’m not doing any of that!”

“Look at me. My skin is burnt a bright red because I’m sitting under the scorching sun every day! None of the other beggars are willing to suffer what I’m willing to suffer. They’re lazy and want to be comfortable, so they pretend to be pathetic to get sympathy,” he said with obvious disgust.

Ah Heng continued, “You think I like being sunburnt every day? I may be a beggar but I have my dignity too, you know! Why do you think I do this?”

“You have to understand, as a beggar my objective is get sympathy, that’s how I get money. I want people to look at me and think ‘poor guy, he’s suffering so much’ so that they will be moved to drop me some coins. I’m not willing to act pathetic like all the other beggars around here. So I’d rather sit under the hot sun day after day, even though it’s much harder on me this way,” he concluded.

I was blown away.

At that point, I never imagined that you had to have a strategy for begging. That revelation by Ah Heng was one of the things that really changed the way I saw people and the world.

Looking back now, I realise that Ah Heng was a really smart marketer too!

Here are 3 key marketing principles I learned in that conversation with him :

1. Carve out a unique niche for yourself

Ah Heng didn’t want to be just another weeping beggar on the street. Instead, he chose to sit under the sun, stoically. That was his unique proposition. He was the only one doing it. Because of that, he easily stood out among the beggars in the area. Everyone could easily identify him.

This is really important in our competitive world today. In any industry, there are many competitors. The way to stand out is to be willing to do something or offer something that truly differentiates ourselves from others. It need not be spectacular, but it does need to be a noticeable difference.

2. Know your audience and leverage on their emotions

Ah Heng had figured out the key to success – you don’t have to don’t ask or even beg for sympathy, you can inspire sympathy in people. As he sat under the burning sun every day, he knew that the sight of someone suffering would get sympathy. And he was right! He never actually begged anyone for money. He never looked anyone in the eye and never asked for anything. He just sat there on the sidewalk, silently. And he would regularly get coins dropped into his cup.

Research has shown that people buy from emotion then justify their purchase with facts. If you can touch the hearts of your audiences, you will be in a much better position to persuade them to your point of view.

3. Be committed to your authentic brand values
As Ah Heng had told me, he had a strong sense of dignity. He didn’t want to debase himself for a few coins every day. So he found a way to do what he needed to do without compromising on his personal values. And it worked!

Our unique brand values are what will set us apart in the market. But the real test comes during difficult times. Hard times often tempt us to compromise our values to get things moving. But if we do give in to compromise, that weakens the integrity of our brand in the market, causing long-term damage. When we hold on to our values, we will be able to find ways to make things work that are unique to our brand. Plus, it reinforces the integrity of our brand and inspires more trust in us. And trust always leads to stronger loyalty, which is the foundation of sustainable business.

These were just some of the things I learned from Ah Heng in the short time that I knew him. I didn’t know it at the time, but he had given me my first lessons in marketing.

Check out the video below on an interview with Randi Zuckerberg and her insightful discussions on businesses and entrepreneurship. We hope it helps you learn and encourages you! 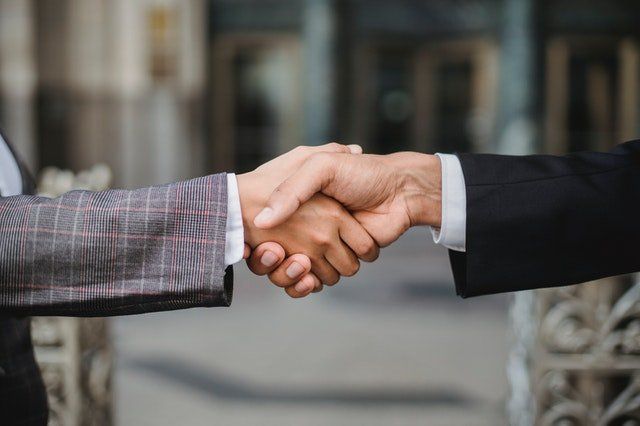 Lai Chee Seng
Lai Chee Seng is a writer, content writing trainer and thought leadership coach. In over 20 years of experience as a writer, he has written for a diverse range of industries and clients. He believes the key to impacting any audience,is not writing skill but influence and connection.