Can The Malaysian Youth Progress Our Country in the Future? 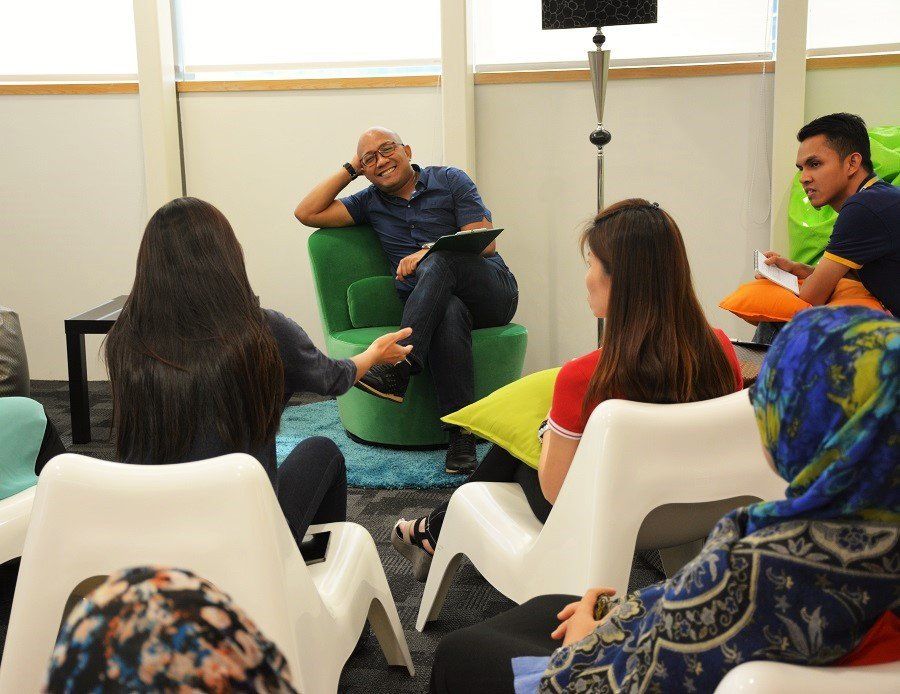 Our Youth ARE Our Future

Inculcate important values in the young ones

B: “Really ah? But I already do a lot of work in educating people.”

A: “Yeah, but I think you are not doing enough.”

The above is a conversation that took place between a 10-year-old boy and the chief executive officer of Touch ‘n Go, Syahrunizam Samsudin about the company’s Time Traveller Watch – a watch that functions like a Touch ‘n Go card.

During an interview with Leaderonomics recently, Syahrunizam (or Nizam as he likes to be called) relays that he was astounded by the above exchange because when he was at that age, he didn’t have the maturity and capacity to think the way this boy did.

Their potential today is a glimpse into the future

Nizam says that the younger generations of today have been nurtured by certain values and practices passed down from their parents’ and grandparents’ generations. That, combined with easier access to education and information on the Internet, have expanded their minds. 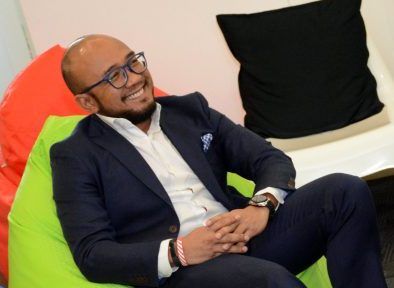 “That’s why the younger generations have come much further than any one of us older folks!” he says.

This statement will resonate with you if you have been following the 2050 National Transformation dialogue sessions held by the Government with some 1.5 million young Malaysians around the country.

Youth from these sessions raised matters relating to children’s mental health, human trafficking, creating a civic-minded society, and having a holistic education system, to name a few. This shows how forward-thinking and informed they are about the environment around them.

How do we lead them to the right path?

It is safe to say that the Malaysian youth today are bright, innovative,creative and possess a high degree of general knowledge. However, in order to translate these abilities into actions so they can take Malaysia to greater heights, they need to be provided with the necessary support and guidance.

Nizam says crucible moments – or the challenging times one goes through in life – are imperative elements in shaping a person’s character, and influencing who they become in the future.

“Our national track cyclist Azizulhasni Awang gave me a signed painting that had the word ‘suffer’ on it, and every time I look at it, it reminds me of every experience I had to go through in order to gain new knowledge,” he says.

His advice is for parents, educators and mentors to share experiences of challenges they faced and how they overcame them. They should also give room for the younger generations to make mistakes and learn on their own, as these build resilience into them.

Another point Nizam emphasises is the need to inculcate important values in the young ones.

Calling himself “traditional-minded in some ways”, he says our budi bahasa (polite and caring nature), food and unique approach to language (using “lah” and a fusion of two or three languages) make us uniquely Malaysian, and that all these aspects help to foster a sense of pride and love for Malaysia.

He shares: “When I went to school, back in the 70s and 80s, I felt like I was with a group of like-minded Malaysians. We all wanted to do well for the country. We wanted to go overseas to make our parents proud and come back and contribute to society.”

Nizam’s elders and his environment taught him a sense of pride as well as the importance of unity and love for his country.

If we want to progress as a nation, he says, the right foundations and values need to continue to be handed over to the younger generations, so they realise the role they play in their country.

How is Touch ‘n’ Go building its young leaders? 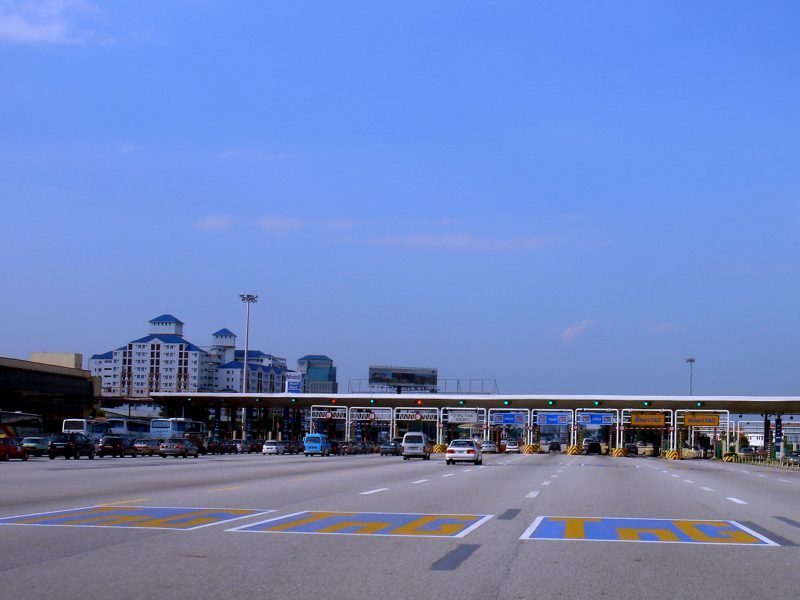 Taking the helm of the company — which introduced the country’s first ever electronic payment system — two years ago, Nizam brought a sense of vibrancy to the people at Touch ‘n Go. How?

The key, he says, is to inculcate a sense of purpose into every single employee — an important element namely for young talents; that their work is helping to make life easier for all Malaysians.

Apart from purpose, he believes in practising the following:

Sport is one of the avenues Nizam uses to groom his employees on leadership.

What he hopes to impart to his team is that while his day job may be as a CEO, but when he is on the field, he is not the captain. Rather, he is just another team player.

2) Adapt according to young talents

Young talents adopt a different way of thinking and come with adifferent set of needs as opposed to Gen X and Baby Boomers, such as the need for flexibility, freedom and empowerment.

Thus, Nizam shares that companies today need to be flexible enough to adapt their processes while still keeping in mind the company’s core values and beliefs, to help these talents “fly”.

Close to his heart

Something that was evident during the interview with Nizam is his love for his people. It is evident in the way he engages with them, to foster a sense of belonging and unity within the company’s walls.

Aside from the quarterly town hall sessions with all employees, he holds teh tarik sessions every Friday afternoon with batches of 30 employees at a time.

He calls it a “therapy session” where the group discusses what works and what doesn’t.

“We may not necessarily arrive at solutions, but it gives them a platform to contribute ideas and to also see that I may not have all the answers,” he says.

On top of that, the company has its own sports coach who conducts different sessions daily.

Nizam also spoke about the Projek57 Unity Ride campaign where he participated as a cyclist along with other cyclists from various companies and age groups. 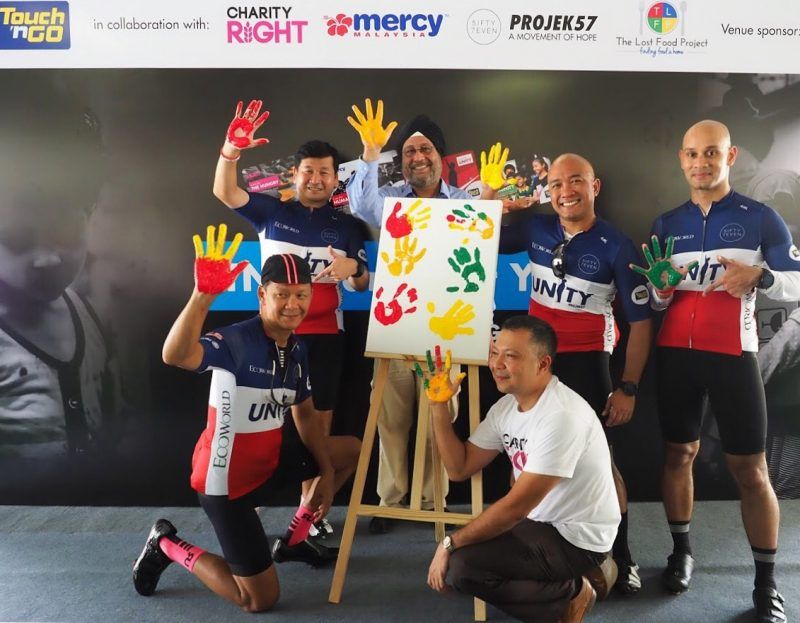 Nizam (2nd from right) with Projek57 co-founders Collin Swee (2nd from left) and Syed Sadiq Albar (far right) at the launch of TNG Cares For You CSR programme at The Symphony Walk, IOI Mall, Putrajaya.

The Unity Ride initiative — which was launched by Projek57 together with Touch ‘n Go on Aug 6 — is a nationwide cycling venture that consists of nine legs, with an aim to promote unity and bring out stories of how beautiful Malaysians are.

Based on Nizam’s experience in the first leg, — which required cyclists to ride 57km from Dataran Merdeka to IOI City Mall, Putrajaya — he says: “The entire event was so symbolic of the fact that when a group of Malaysians put their mind to something, they can achieve an outcome.”

“It is through sports and social activities like these that you can create unity in an organisation.”

Coming together to develop the nation

In a recent article in The Star, Youth and Sports Minister Khairy Jamaluddin said racial polarisation is still present among youngsters, especially in schools.

This, combined with all the political and economic issues plaguing the nation today, challenges the values and foundations that the young ones hold on to.

Projek57 co-founder Collin Swee shares an experience he had with students from Sekolah Menengah Sains Dungun, Terengganu, one of the pit stops of the Unity Ride initiative.

“When we did a unity workshop regarding race relations with them, they so clearly wanted to meet more people of different races (seeing as the school is 100% Malay). They wanted to embrace diversity. In fact, they were aware that Malaysia is more racially polarised today, which is not right, and they were giving ideas on how they would tackle racism.

“We tend to think that people from small places wouldn’t know or care about these things. But this experience gave me hope!”

Having brilliant and innovative ideas is one thing; executing it, together as a nation, is how we can progress as a country.

Want to be part of the vibrant culture at Touch ‘n Go, or want to know what are some of the latest happenings in the company? Visit www.touchngo.com.my 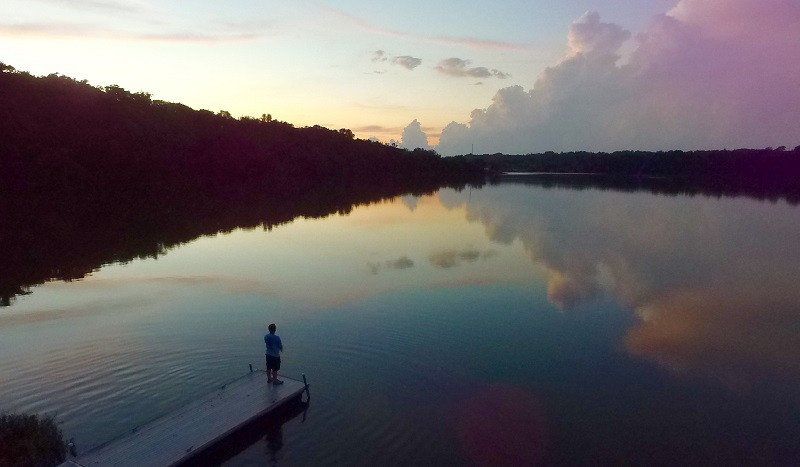 How Taking Time To Reflect Will Make You A Better Leader