The First Person You Lead Is Yourself 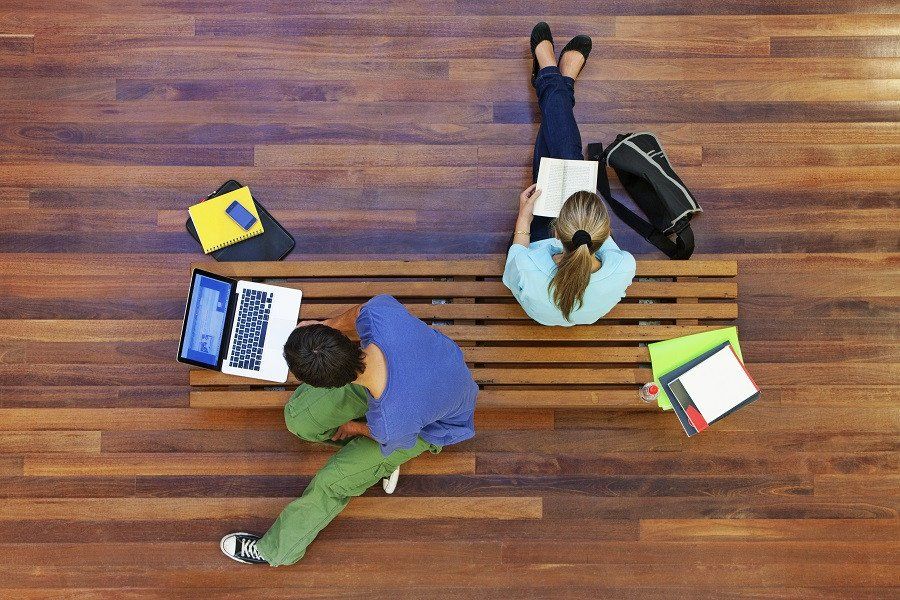 During my younger days, I was incredibly shy and would cringe at the thought of interacting with people I knew, never mind total strangers.

Aware of my timidity, my concerned mother forced me to become a school prefect, to join the school’s Interact Club, and enrolled me for a speech and drama class.

Today, I can proudly tell you that if it wasn’t for taking part in all those extra-curricular activities, I wouldn’t have become the outgoing introvert that I am today.

In fact, you wouldn’t find me working in the media, which requires me to interact and build relationships with new people all the time, and that too as part of a leadership development company!

That’s why it struck a personal chord for me when I spoke to the young people whose stories you’re about to read. I could relate to the experiences they went through.

The insufficiency of soft skills and a mismatch of skills to industry needs among Malaysian graduates are issues we are familiar with.

Various parties have made efforts to resolve this matter. Examples include the Government’s introduction of the integrated cumulative grade point average (iCGPA) programme, whereby tertiary institutions can track each student’s achievements in developing ethics, leadership, entrepreneurial, social and critical thinking skills, among others.

Universities are also working to enhance their students’ soft skills through academic curricula and co-curricular activities.

But even with the resources now available through these initiatives, every young person must first take ownership of their personal development and make the first move to equip themselves for future employment.

We got in touch with two students and one young working professional to hear about the transformation journey they underwent while participating in personal development programmes conducted by Leaderonomics’ Campus division in collaboration with our corporate partners. Here are their stories:

Muhammad Syamil Asyran, 24, is an economics and business graduate from the University of Iowa who never imagined that he’d be working in one of the biggest multinational tech companies in the world, and in finance at that.

While finance was something he was initially fearful of taking up as a career, a combination of personal courage, confidence and support from colleagues and seniors spurred him to work hard and he has now been in IBM for a year. 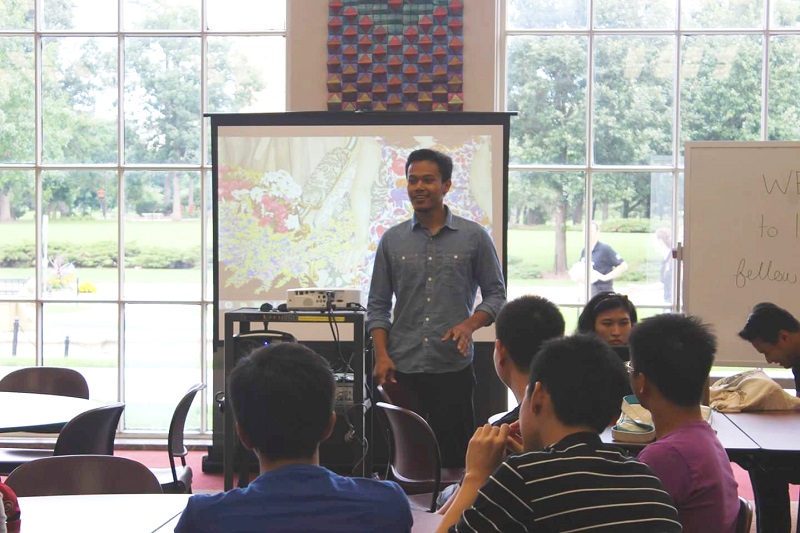 Syamil giving a talk during the orientation session for new Malaysian students at Iowa State University.

In a phone interview, Syamil said, “No matter how hard a task or job is, as long as you know how to communicate and ask for help, everything will be fine. That’s what I believe.”
Back in his university days, Syamil had a language barrier when it came to communicating with others and a fear of stepping out of his comfort zone.

Well aware of his shortcomings, he attended various English workshops, personal development programmes, and career talks. He gained exposure by doing a lot of presentations and idea pitches, and listening to insights from multiple speakers from various industries.

“The real world is not the same as your college world. . . In college, you have textbooks, slides, guidelines, etc.

But in the real world, it’s about grabbing opportunities in front of you, and using available resources to make those opportunities beneficial to you,” he said, adding that the key to achieving all that is good communication.

He confessed that his courage to grab opportunities and to step into unfamiliar territory was built through conversing with and gathering knowledge from a lot people.

On the increasing usage of technology among youths, Syamil’s word of advice to them is to communicate with people more as this opens their eyes to what they do not know, and leads them to discover job opportunities that they weren’t even aware of.

Gopinath Thevar is passionate about communication and is a people-person. Thus, it isn’t a surprise that he ended up in a human resource management (HRM) degree programme. 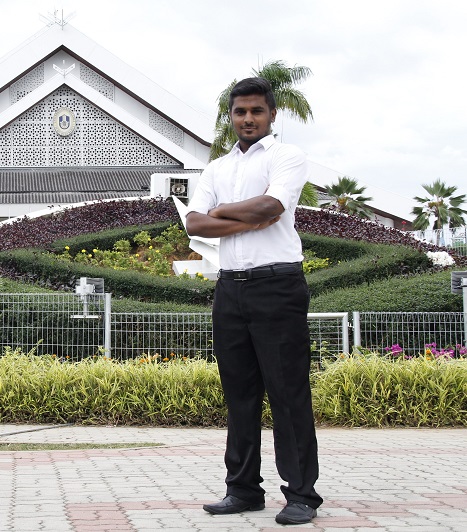 Gopinath in front of his university.

The 22-year-old is currently completing the last leg of his degree at Universiti Utara Malaysia, Kedah before he embarks on an internship next year.

Prior to entering university, Gopinath (or Gopi) had no experience handling projects and managing people. Upon becoming a member of the Silambam Society, things began to change.

He recalls organising an inter-varsity dance competition nationwide, where he and his team drove down to Penang’s Little India just to sell tickets.

He said managing cultural programmes is tough, but he learned a lot about operational matters such as getting sponsors, networking, and settling disagreements or issues within the team.

Being part of the committee for cultural programmes such as this was what helped Gopi develop the art of networking and leadership skills.

Gopi’s participation in extra-curricular activities doesn’t end there. He is an active member of the HRM club, has attended a five-day programme on human resources and has organised several events, including a blood donation campaign.

“I managed to develop a network through all these programmes. Meeting so many people helped me do that,” he shared.

His advises youths and fellow undergraduate students to pay more attention to communicating in English and enhancing their interpersonal skills, as he observed that many of his peers do not have confidence in these areas.

A lack of critical and creative thinking skills, problem-solving skills and the ability to apply theory into practice are the few personal struggles highlighted by Yee Xue Wei Joe during a phone interview. It dawned on the 21-year-old that she might not be ready to face the real world.

Yee, who is a banking and finance student in the University of London – an external programme at HELP University – didn’t enjoy the feeling of dissatisfaction that she felt about her personal preparedness and decided to do something about it. 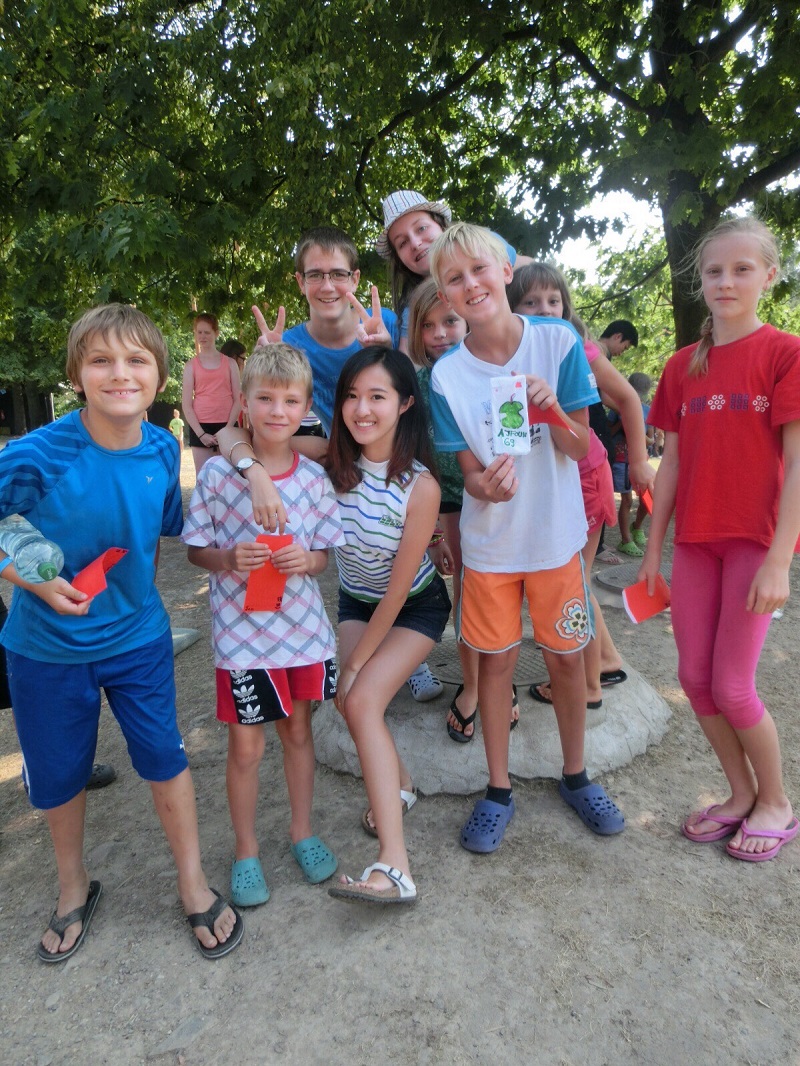 Yee seen here with some of the local children she worked with in Czech Republic.

She volunteered abroad, participated in leadership programmes and took up a leadership role in her university’s student council.

During her solo three-month volunteering experience in Czech Republic, where she taught English to underprivileged children, Yee gained a broader perspective of the world.

Not only did she sharpen her creative problem-solving abilities, but she also developed leadership attributes that are valuable in a global leader.

One of the leadership programmes Yee attended gave her a glimpse into the role of a chief executive officer and the qualities needed to lead effectively in a continuously evolving environment.

Through various activities, such as business simulations that tested the limits of her abilities, she acquired life skills that she didn’t have the chance to pick up at school.

Far from being the girl who used to compare herself to others and felt defeated easily, Yee has seen positive changes in herself. She is now a risk-taker, a problem-solver, a critical thinker, and a leader.

Her parting message to fellow undergraduates is this: “Your CGPA may be the only thing that differentiates you from (everyone else). Your CGPA might say you are smart, but not whether you are good employee.”

Take the lead in your story

These three young individuals are living proof that your journey of transformation begins with you taking the first step. Their stories inspire me – and, hopefully, you as well – to encourage and empower young people to invest time and effort in developing themselves early on.

As leadership guru Robin Sharma once said, “Investing in yourself is the best investment you will ever make. It will not only improve your life, it will improve the lives of all those around you.”

Prethiba was a writer and assistant editor with Leaderonomics. She is passionate about learning and development as she wants to become better with each passing day. She believes that our lives are solely written by us, and thus the power to change for the better lies within us. Do you have any transformation stories you’d like to share? Write in to editor@leaderonomics.com 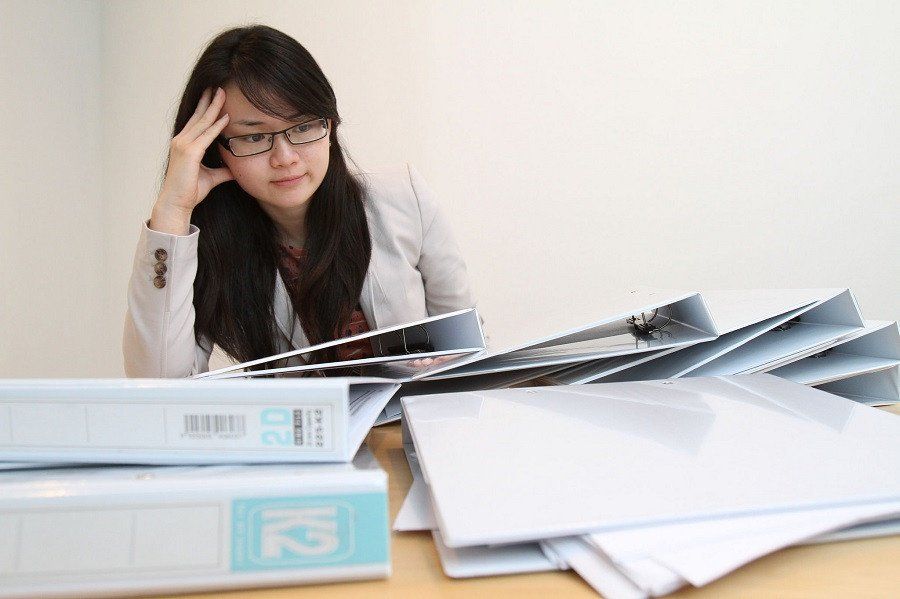 4 Constraints Stopping Organisations From Being World-Class