The Yin And Yang Of Coaching And Mentoring 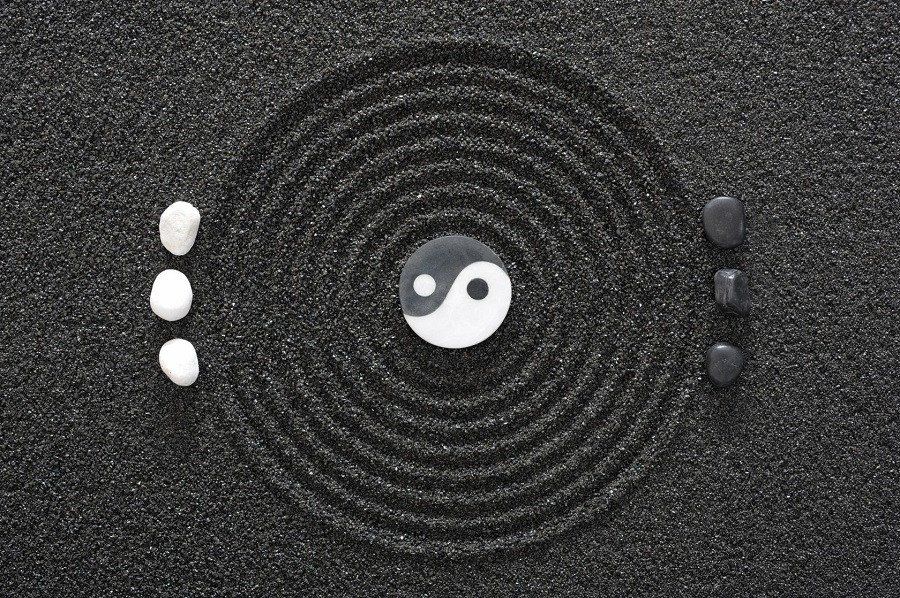 Purpose-driven relationships of complementarity and growth

In Chinese philosophy, yin and yang describe how seemingly opposite or contrary forces can be complementary, interconnected and interdependent.

This is especially evident in certain relationships, such as those between a mentor and his or her protégé.

Whether it’s Yoda taking on Luke Skywalker to bring out the Force, or a kung fu master accepting a disciple, a positive complementarity is involved and at play in mentoring.

In both the examples above, there is a strict regimen of training involved, of course, but the most essential part is that the master, with more experience, skill and knowledge, is guiding, counselling and developing the younger and inexperienced – or less experienced – rookie.

A lot of personal development takes place in these situations and, in most cases, it’s a journey of many years.

It’s also the case in many businesses, especially in family businesses. We have, as examples, the likes of Hong Kong business magnate Li Ka-Shing, media mogul Rupert Murdoch and yes, even President-elect of the United States, Donald Trump.

Back home we have many distinguished figures like founder and chairman of Sunway Group, Tan Sri Jeffrey Cheah and managing director of YTL Group, Tan Sri Francis Yeoh. Each of these business founders is a mentor to their scions.

After several chats with my grandfather, I was getting more disciplined. I reckon those conversations with him were my first encounter with mentoring.

When I was in my early teens, I got into a bit of bad company and neglected my studies. Consequently, my grades started to slip, raising alarm at home. One day, my grandfather sat me down and had a chat with me. He didn’t scold or lecture me and he certainly never raised his voice.

Instead, he talked about how there’s a time for everything – a time to play, a time for television, a time with friends, and a time for homework and study. He suggested I should have a timetable for after school, as a tool to keep me focused.

Did it work? Admittedly, no – not immediately after that first chat. But my grandfather was a wise old man. Even though I was the first grandchild after a long spell, he had raised my six uncles.

He soon followed up with me after that first conversation. After several chats, I was getting more disciplined. By the end of the school year, my grades had improved significantly.

Those chats were not about disciplining me and checking on my timetable. He just had casual conversations with me, befriended me, gained my trust and respect, and encouraged me.

I reckon those conversations with my grandfather were my first encounter with mentoring.

Had he been coaching me, he probably would have focused on things like study skills, exam skills and how to concentrate. But, that wasn’t his skillset, so he left that to my teachers and my own self-discovery.

He used his wisdom and stature as a positive voice of authority, encouraging me to be better, to be my best.

That, I suppose, describes what mentors do. Mentors are typically mentors because they’ve “been there and done that” with regard to many challenges their mentees are going through.

Mentors take a stand for their mentees – they see the potential, what’s possible in the mentee, and they share their knowledge, experience and wisdom with the mentee or protégé.

Of course, for the relationship to work, the mentee must first accept the mentor as his or her mentor. From thereon, the mentoring process is usually long-term, based on a sincere and high-trust relationship. Usually, the mentee initiates when or how often they get together. 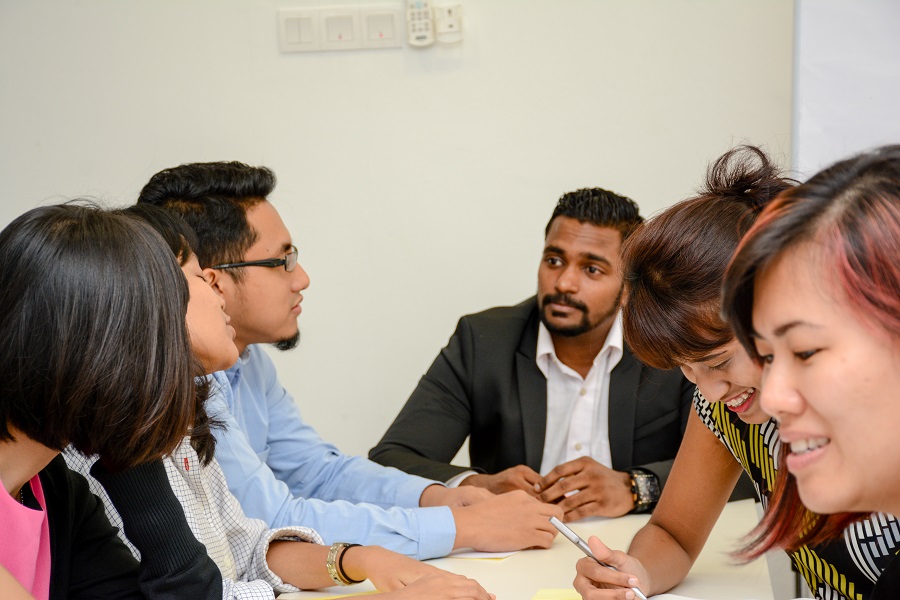 The role of corporate mentors

In the corporate world, a senior secretary or personal assistant could be a mentor to a less experienced or newer secretary. Assigning a mentor to new hires is often a good way of on-boarding new hires, forming part of the induction programme.

Mentoring is one way to help staff retention. Thankfully, I’ve had the privilege of being mentored by a couple of excellent bosses, early in my corporate career.

From my first boss, I learned I should always carry a notebook and take notes at meetings and discussions. This helped me to recall important things to take action on and to learn faster on the job.

Another boss revealed a blind spot to me during a casual conversation. He told me he’d met up with one of our clients who said that I came across as a “smart-aleck”. Wow! That was a bit of an awakening!

After that, I became more conscious and aware of how I related to others and tempered my impulsiveness and forthrightness. That feedback was something I needed to hear and it helped me tremendously.

A few years later, after I was appointed the youngest marketing manager in Unilever, my boss at the time, Rob Polet, gave me this sagely advice: “Make lots of decisions. You will never be always right, but that’s how you’ll learn.” That advice has served me well to this day.

Obviously, good mentoring is a skill. Some are better at it than others. But what’s most important is the heart or the intention. A mentor doesn’t want anything back. They just want to give, guide and help the mentee grow.

As I rose through the ranks, I had the opportunity to mentor others. One of them was Julie, a remarkable manager who rose through rank and file. Always gutsy and with a never-say-die attitude of commitment to achieving the targets set for her, she would sometimes annoy our distributors with her directness and zeal.

One day, I brought this up to Julie and suggested there were many ways to achieve our objectives and, sometimes, a cajoling approach might yield better results.

Being the adaptable person she is, she took the advice and varied her style. Today, she is the general manager of an established food manufacturing company, and we still meet up occasionally.

As for me, having been a coach since 2003, I’ve since had the privilege of mentoring some newer coaching colleagues in India, Indonesia and Italy.

The difference between coaching and mentoring

Going back to the Yoda-Luke Skywalker relationship, one can argue that Skywalker was not just being mentored but also being coached as well by Yoda to become a Jedi – to develop the mindset, attitude and spirituality, as well as the skillset, of a Jedi. Sometimes, there is an overlap between mentoring and coaching, but it is important to understand the differences between the two.

As a colleague of mine likes to put it, a mentor is the “sage on the stage,” while the coach is the “guide on the side.”

Mentoring is usually informal, open-ended and intended to provide advice, guidance and answers to questions pertaining to a situation or organisation.

Coaching, however, has clearly defined goals, time limits and mutual accountabilities. Coaches don’t give you answers or tell you what to do; coaches help you discover answers and solutions for yourself.

Many of my clients benefit from having both a mentor and a coach. Mentoring usually develops out of working relationships based on workplace projects and politics. It’s based on a relationship that starts with “I’ve been where you are and I’ll share my experience with you.”

Coaching starts at a different place. Coaching will ask: “Where are you now and where do you want to go?”

And if you don’t know, we’ll work that out together. A mentor’s role is to share their specific experiences with you.

As a coach, I use my experience in the background but I believe that you can find your own answers and make your own choices if I hold a highly confidential, safe and non-judgemental environment, in which you can explore.

At the end of the day, coaching and mentoring both play a vital role in the human resource development of an organisation. They are different professional development methods with different goals, although there is some overlap.

The need for supervision and support – at various stages of the mentee’s life, whether it is about their performance and efficiency or career and effectiveness – is always there, just like the elements of yin and yang!

Following a 22-year corporate career with leading MNCs such as Ogilvy & Mather, Unilever and Kraft Foods (now Mondelez), Peter Lam (www.linkedin.com/in/coachpeterlam) has been coaching business owners, CEOs and C-level executives since 2003. His passion is helping take companies from good to great.
To get in touch with Peter, e-mail us at editor@leaderonomics.com 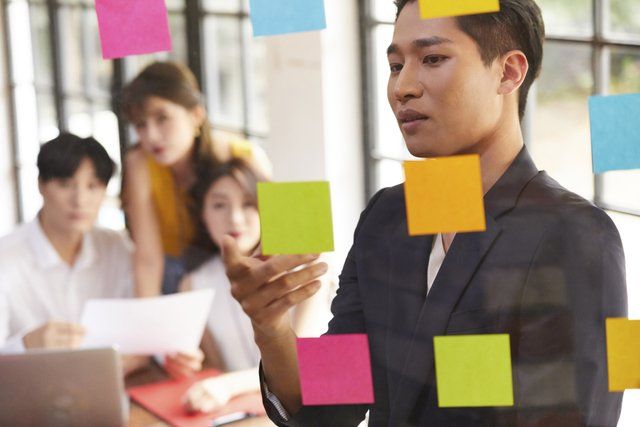 The Art Of Learning From The Best