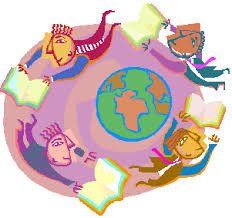 In my Form Five yearbook, it was written that I ‘would be the next William Wordsworth’. That, in my humble opinion, was the most inaccurate thing ever said about me. I considered suing for libel; friends tired of my constant bickering with teachers over English test scores often persuaded me to become a lawyer.

It never happened. Instead, I became a sort of celebrity-hunter and occasional movie-reviewer. I have to thank my editor Siva Chandran for initiating me into this select circle of musicians and public relations people who can get you some spectacular invites. To date, I have covered the 2008 MTV Asia Awards, been part of the first ever Asian Independent Music Award, videographed a rare Sphinx cat, befriended a Cosplay group, met local artists such as Yusof Ghani, Ahmad Zakii Anwar, and art connoisseur/film director U-Wei Haji Saari, watched and reviewed countless movies, and interviewed the Director of External Study of the London School of Economics.

Ah yes, that last part brings me to my studies. Fear not; this pop culture enthusiast has certainly been to school. In fact, this school is none other than the University of London External System, which offers the London School of Economics degrees in the following specialisations: Economics, Management, Finance, and the Social Sciences. In 2003, I registered with HELP University College which offered the External System, and began my Diploma in Economics.

Back in secondary school, I was a member of the Science Stream, but decided to take on an extra subject called Ekonomi Asas (Basics of Economics) in SPM. This effectively made my hair fall out at a higher rate with ten subjects to handle.

Then again, this was before scoring 17 or 18 A’s in SPM became the ‘in’ thing. Ekonomi Asas focused a lot more on human behaviour from the theoretical point of view, so it was quite a shock when I discovered that the Diploma in Economics was so mathematical. However, I did retain an interest for human behaviour in the theoretical sense. In the Diploma in Economics, there were four units – Mathematics 1 and 2, Statistics 1 and 2, Introduction to Economics, and Introduction to Sociology. My best subject was the latter, hence my choice to major in Sociology.

Sociology was not a popular subject as the specialisation was not offered in local institutions of higher education. It meant I would have to literally ‘selfstudy’ in the original sense of ‘distance learning’ as proposed by the University of London External System in 1858. But I was a maverick sort, and so with the guidance of a very helpful mentor, I pursued this course of study, graduating with a Bachelor of Science in Sociology from the LSE with a Second Class Honours Upper Division.

Why then did I join Malaysiakini as a lifestyle section writer? During my summer break in 2005, my Sociology lecturer assigned me an internship with an education magazine called Education Quarterly. Before this, a few college mates and I were also on the editorial team of Ceteris Paribus, the Department of Economics’ newsletter at HELP, where we wrote discursive essays on political and cultural topics. With journalism being a strong presence in my university career, I made the decision to establish a writing career for myself.

There is no set way of breaking into the writing/editing/publishing field, as a lot relies on one’s own tenacity in getting their work noticed. Of course, there are the normal channels, such as contributing a solid piece of work to a magazine (if you are a freelancer) or applying for a job at a publisher with a portfolio of high quality writings. Interning with a media company would also provide an advantage.

To date, I have published a few short stories and articles in websites and books, such as the US-based Long Story Short, youth political and pop culture webzine the CICAK, All Women’s Action Network’s (AWAM) Young Women Speak Out, and the MPH-published anthology Urban Odysseys: KL Stories. These are complementary to my full-time job as Assistant Editor of Voize.my, which is now a part of Malaysiakini.

Fun fact: while an interesting aspect of my occupation may involve interviewing international performers such as Pixie Lott and Raygun, the greatest would be seeing the world through their perspectives. Not just through the eyes of a celebrity, but those of a stage manager, a surfer, a sneaker designer, and many other interesting people whom I would not have had the chance to meet otherwise.

So the same goes for my story – it is my earnest hope that readers will be able to catch a glimpse of the writing/publishing industry through my perspective, and dare to pursue their own dreams, even as they empower others to do the same.

Rachel Chan Suet Kay has not accomplished much in life. Still, how has a writer/assistant editor for indie music and lifestyle webzine Voize.my managed to get free Apples at launches and attend parties with celebrities for free? 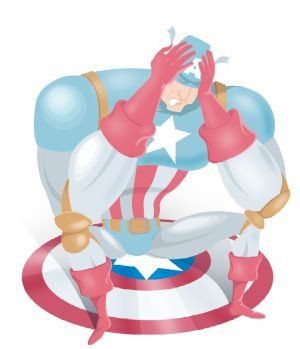 A Secret To De-Stress Your Brain