Why ‘Brave’ Is Not About ‘Changing Your Fate’ 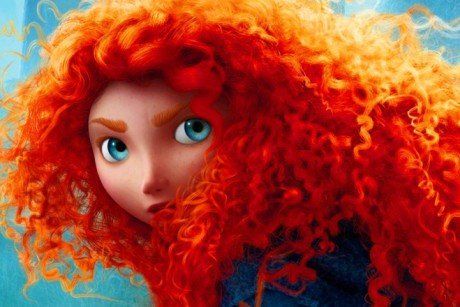 When I decided to sit through Pixar’s most recent instalment, ‘Brave’, I had a specific objective in mind. While having been flashed many times by the image of this frizzy red-haired, bow-holding young woman on billboards for weeks prior to the film, I’d always wondered, Why ‘Brave’?

It’s a petty question. But considering that I’d been well-marketed to that ‘Brave’ is a movie about ‘Changing your fate’, I was curious to find out what the connection between the two concepts is anyway. In the context of the story, I wondered, is being ‘Brave’ defined as having the courage to change your fate if you were given the opportunity to?

Watching the film with my 12 year-old sister and a studio half-full of other (theoretically) impressionable children and tweens, I frankly became quite concerned when the big question on fate finally came about. I was concerned that the act of passing the responsibility of fixing your life’s trouble to a complete stranger with an unsuccessful work history, with only the strength of your faith in a supernatural force assumed to be guiding you to the right path, may be considered an act of bravery.

Not to mention asking this shady stranger to solve the problem through someone else, much less your mother, rather than your own self; only to later put the blame on them when the work you haven’t given enough specifications for (unsurprisingly) turns out terribly wrong.

By then I’d become rather worried that Disney may have mistaken being ‘Brave’ with being a free-spirited daredevil adolescent with developmentally characteristic rebellious tendencies, autonomy-striving quality, and penchant for risk-taking and impulsivity.

But as the story progresses and follows both Merida and her mother go through the process of opening their minds to listen to and hearts to understand one another, acknowledging their own short-sightedness and owning up to their faults, setting aside their egos and learning to find perspective and virtue in each other, that’s when it hit me; That’s why.

For some of us, family is one of the most precious treasures we could have. For others, it can be one of life’s most challenging trials. The terms and conditions, however, are in most normal cases the same; we don’t choose the family we become a part of and that is a Fate we cannot change.

For those who face the latter, as is the case with Merida, we know how much easier it would be to just try to change them in some way or in some cases even leave them altogether; because we know how painful it would be to walk through pieces of glasses and try to mend what’s been broken. But as is the case with Merida and her mother, there’s one thing it takes to do just that, Courage.

In the context of the story, being ‘Brave’ is not about taking the chance to ‘change your fate’ when it seems to be working against you; it is about giving yourself the chance to undergo the trying process of viewing it with wisdom and making peace with it. Being ‘Brave’, is not about taking the opportunity to let yourself free from pain to seek for a fate you desire; it is about giving yourself the opportunity to walk through the pain in order to achieve something well beyond Fate – Peace with oneself and others. And that, I believe, is a Superhero tale worth passing along through generations.

Switch Off Your Phone!