What Playing Basketball Taught Me About Winning at Life 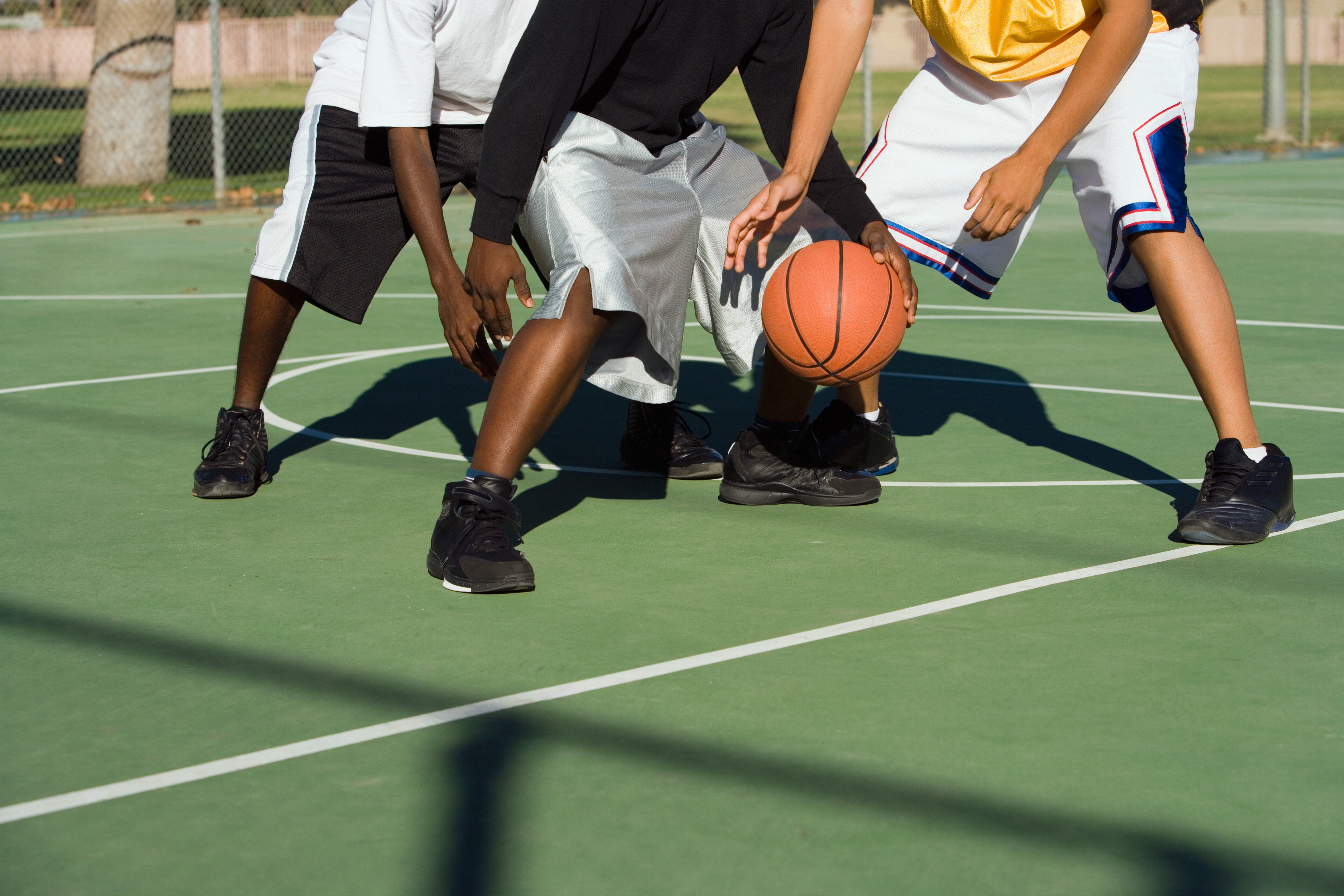 I was fifteen when I first picked up a basketball.

It was the game that all the cool kids played, and I wanted to be like them. They were kind enough to let me try, so I did. Trying to become young Kobe just through twice a week sessions that my academic-first Asian parents allowed me.

My high school basketball career culminated in a 77 – 6 defeat at the hands of an unheralded Chinese school team.

Well, at least the six points my team scored was when I came on as a substitute.

Fast-forward 15 years later – I’ve played basketball regularly for half my life now. And as much as I’ve given to the game, it’s given me so much back. Here are the most valuable lessons that basketball has taught me about winning at life.

Data and statistics are your friends. Especially if you’re no superstar

Almost every basketball player wants to be Durant, Jordan, or Lebron. But 99 per cent of us don’t have the physical gifts that those players have.

My favourite player is Kobe Bryant. But I’ve realised that the more I try to play like Kobe, the more my team suffers.

So I started to learn from the man who arguably defended Kobe best: Shane Battier. An average NBA athlete at best, he effectively defended some of the biggest NBA stars throughout his career, including Kobe, Lebron and Durant.

What was the secret to his success?

Shane Battier is incredibly intelligent and disciplined. But more than that, he prepared for duels against elite NBA players by studying advanced statistics about the way they played.

Michael Lewis, the bestselling author of Moneyball: The Art of Winning an Unfair Game describes how Battier defended Kobe here:

The reason the Rockets insist that Battier guard Bryant is his gift for encouraging him into his zones of lowest efficiency.

Knowing the odds, Battier can pursue an inherently uncertain strategy with total certainty. He can devote himself to a process and disregard the outcome of any given encounter.

In the words of Battier himself:

If he has 40 points on 40 shots, I can live with that. My job is not to keep him from scoring points but to make him as inefficient as possible.

This doesn’t just apply to basketball.

Data and statistics can help us optimise other aspects of our lives. For example: Research shows that afternoons are the most efficient time for having short meetings.

No more three-hour morning meetings then.

Just like how one of the most averagely athletic basketball players became a two-time NBA champion.

The gym where I play is a sumptuous mix of ethnic groups and nationalities. The Malaysian Malays and Chinese are always there. And we have Filipinos, Australians, Americans and Europeans gracing our court too.

You may be interested in: What a Puppy Taught Me About Teamwork

It’s heartwarming to see people from different colours mingling and having fun together, especially in a country where racial relations are not always the best.

It’s taught me how sports can almost magically unite people. To make them see beyond common prejudices and boundaries.

As the writer so eloquently describes pickup basketball here:

It doesn’t matter if you are rich or poor, the color of your skin, your size, your pedigree – all that matters is whether you can ball. It’s the ultimate meritocracy.

This of course doesn’t just apply to basketball. You only need to look at how all of Malaysia cheers for Badminton World Number 1, Lee Chong Wei, even though he’s from a racial minority. Or how the entire Philippines stops and watches when Manny Pacquiao is fighting in the ring. Or how Nelson Mandela used the Rugby World Cup to heal racial ties in his fractured nation.

It would be unrealistic to say that a little bit of sports is going to cure racism forever. But if our children grew up playing sports with children of different colours, I’m very sure that racism would be a much lesser problem.

Every winning team needs a ‘glue person’. It can be you

Everyone who’s ever played pickup basketball knows the many differing views on how it should be played.

A guy I play with immediately pushes the ball up whenever the opponent scores – a la Phoenix’s ‘7 Seconds or Less’ offense. Some of the others prefer a traditional two-man Stockton-Malone pick and roll. Me? I like Phil Jackson’s triangle.

A team can easily disintegrate because there are so many different opinions.

Read also: Great Teams Have Great Depth In These 6 Areas

However, in pickup basketball, it’s not the team with the best players that wins, it’s usually the team that figures out how to gel together more quickly that does.

There’s always a glue guy who can make this happen. A guy who keeps the team working together. Does the unglamorous dirty work too. Like collecting rebounds, playing solid defense, and making the extra pass to the open man.

I refer back to Michael Lewis’ article on Shane Battier:

When he is on the court, his teammates get better, often a lot better, and his opponents get worse — often a lot worse. He may not grab huge numbers of rebounds, but he has an uncanny ability to improve his teammates’ rebounding. He doesn’t shoot much, but when he does, he takes only the most efficient shots. He also has a knack for getting the ball to teammates who are in a position to do the same, and he commits few turnovers.

When he’s on the court, all the pieces start to fit together.

You won’t always get to be the star on a team but you can always be a glue guy.

And you’ll always get to play.

We all get old. Take care of your body

I’ve been regularly playing basketball with the same group of people since university. That’s more than a decade.

Some of us have gotten fat. Some have given up the game for more adult responsibilities: marriage, children and career.

Among those who’ve continued to play, I estimate that at least 30 per cent have had a serious injury that required months of rehabilitation. It’s sobering.

The ones who’ve managed to successfully come back have all changed the way they play. Like how Old Jordan and Old Kobe learned to optimise their games: relying on solid post moves and unstoppable fadeaway shots – instead of high-flying acrobatic moves above the rim.

We’ve also learned to strengthen the weaker parts of our bodies through strength training and preparation, and not to take unnecessary risks that could potentially cause permanent body damage.

Remember to take care of your body. Especially as you start to get older.

It helps you enjoy the biggest game of all more: life.

A few years before I got hooked to basketball, I watched the 1994 World Cup finals. My hero then was Roberto Baggio, and I decided I wanted to become a football player. But instead of going outside to play more, I got stuck playing Championship Manager and writing imaginary news reports about football.

No wonder I could never become very good. Not only did I not have the physical tools, I loved too many other things too.

Now, as I sit here pondering what 15 years of semi-competent basketball has taught me, it’s clear that my love for the game was never a loss. I never had the physical tools to go professional, but maybe that wasn’t the plan for me anyway. Maybe this love was meant to be combined with other things I love – like writing.

Read this: 5 Things Sports Can Teach Us About The Workplace

So here’s my final message: Despite the commitments of everyday life, continue to invest time doing the things you love. Work it into your schedule. Prioritise it.

Even if it doesn’t make you any money. Even if it hurts you sometimes. And even if you have no idea where it’ll lead you. (Just make sure it’s something positive, like basketball).

You’ll learn so much more about yourself and the world.

And your life will be better for it. 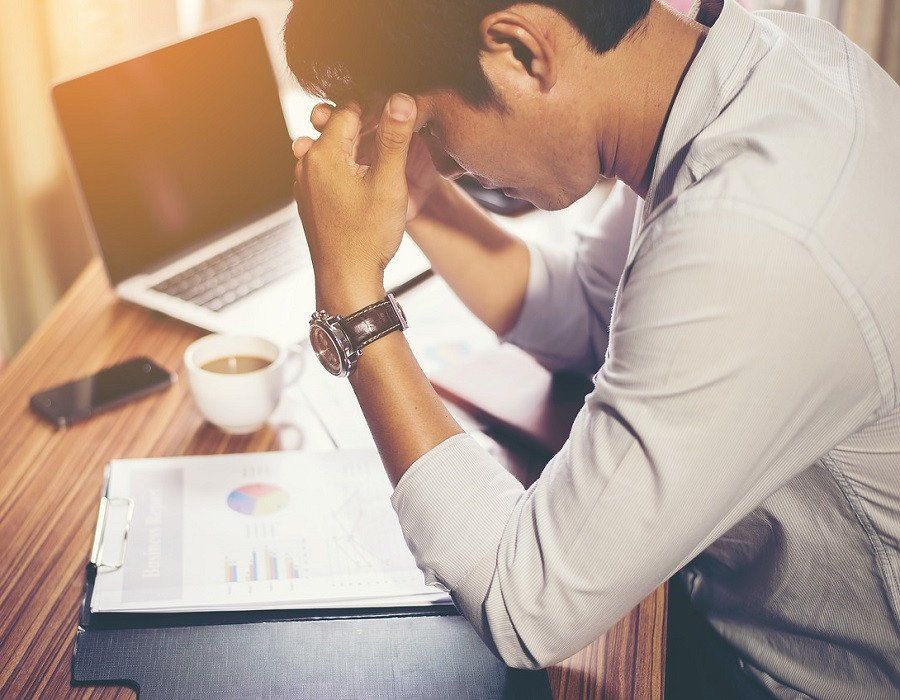 Pssst! Are You Overworked?