We All Make A Difference Every Day, Each Of Our Lives Matter 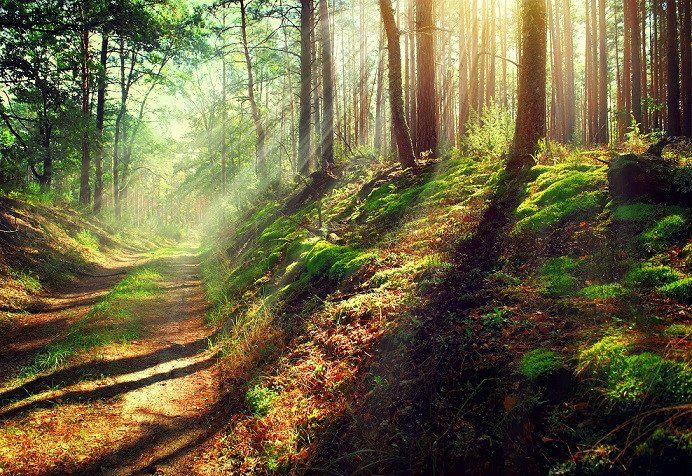 “You sit around here and you spin your little webs and you think the whole world revolves around you and your money. Well, it doesn’t, Mr Potter.”

If ever there was a movie that highlights the positive impact we each make in the world, as well as the futility of mundane obsessions that occupy much of our time, the 1946 classic It’s A Wonderful Life fits the bill perfectly.

The film tells the story of George Bailey, who has given up on life after his building and loan company appears to have collapsed, thanks to the villainous skinflint, Mr Potter’s deceit.

Thinking that his wife and children would be better off without him, George prepares to commit suicide on Christmas Eve by jumping off a bridge. Before he gets the chance, a man jumps in the river and pretends to be drowning (Clarence Odbody – George’s guardian angel).

George refuses to believe that Clarence is his guardian angel and tells the stranger that he wishes he had never been born. Clarence then shows George how different life would be in the town of Bedford Falls, revealing a desperate, bleak existence for the local folks George knows well. They are all either dead, ruined, or miserable.

Eventually, George realises that, despite the challenges and struggles along the way, his life has been a wonderful life for himself and the people of Bedford Falls.

Today marks the annual World Mental Health Day, which focuses on dignity in mental health. I’ve heard it said that, in Asia, mental health comes with a particularly strong stigma as it’s seen as a weakness.

Despite making a lot of progress and continuing to move in the right direction, the stigma of mental health remains fairly strong in the United Kingdom and in other western countries.

When we see someone in a wheelchair, we can see the difficulties the person in the wheelchair has and, therefore, we are able to conduct ourselves accordingly. We also know that it’s not the person’s fault that they find themselves in a wheelchair.

On the other hand, we often can’t see mental ill-health and so, whenever anyone has the courage to tell us they suffer from, say, depression, we’re woefully unprepared in knowing how to process that information.

Furthermore, unlike the person in the wheelchair, depression is seen not only as a weakness, but is also viewed as an indulgent or self-inflicted weakness by those who believe it can somehow be avoided, that it’s a choice.

It takes a lot more courage to open up and talk about how you’re really doing than it does to jump out of a plane 30,000ft in the air.

How can we know this? Because many people jump out of planes. Much fewer ever find the courage to open up.

I have an in-depth understanding of this because I know first-hand what depression is like. It’s not simply “feeling a little bit down” because you’ve had a bad day at work. It’s difficult to describe.

It sort of feels like you’re in a place in your mind where all your deepest fears, insecurities, worries and other neuroses reside – and someone has locked the door.

It is a terrifying place to be, and more people close to us have experienced this state than we realise. We just don’t talk about it, because… well… how can you begin to describe the indescribable?

Besides, even if someone could describe their feelings, chances are they will be all too aware of the stigma and, as a result, afraid to open up even to those closest to them.

Just like George Bailey, some people with mental health issues will feel like they are a burden and that their family and friends would be better off without them.

They don’t see the positive impact they make – often, they can’t. But those who suffer from some form of mental ill-health provide valuable contributions to society and help to affect positive change on a daily basis.

If we can work to eradicate the stigma of mental health issues and see that mental ill-health is something that affects more people than we know – because it’s a taboo subject – we stand a greater chance of not only developing a greater understanding of the issue, but we will also be in a much better position to walk alongside those who need our compassion and support, and make the biggest difference of all: letting people who think otherwise know that theirs is a wonderful life, and one that matters to us all.

You make a difference

When we think of the change we want to see in the world, we often lose confidence in the idea that we ourselves can bring about that change.

We recall figures such as Gandhi, Mother Teresa, and Martin Luther King, and feel that we can never make the same kind of impact as they did.

Making a difference is relative in degree, but absolutely important regardless of how big or small the act.

Perhaps most of us are unlikely to inspire the kinds of global changes inspired by Nelson Mandela, Rosa Parks, and Aung San Suu Kyi, but each of us do make an impact – our lives not only important to us; they also matter in some way to the people we interact with throughout our lifetime.

If you’re one of those people who question your own worth, let’s take a look at some of the ways you make an impact without even realising it.

1. You make someone’s day – every day

Whether you’re one of the few people to smile and say “thank you” to the poor, stressed shop assistant who’s had to deal with 20 difficult customers before lunchtime, or you take the time to listen patiently to a friend or loved one’s woes, you’re making a real impact every day.

We think that grand gestures have the biggest effect – not so. It’s the small acts of kindness that don’t cost much (if anything at all) that truly make a difference. You make more of a difference to people’s lives than you realise.

2. You serve a purpose

On the whole, we don’t appreciate our own strengths. At the time of writing, I’ve asked myself, “How do I make a difference?”

Two minutes of staring at the screen has produced, at best, a few half-baked answers: “Well, I, er… do my job.” “I guess I bring happiness to some people’s lives.” “Maybe I offer something of value to some people. Sometimes.”

How many of us think in this way? Even if we recognise some of the good we do, we tend to qualify what we say, “It’s nothing, really…”, “Anyone would do the same…”

The purpose you serve, whether that be through your job, helping people around you, volunteering, offering your skills or services or time – these are all something and, no, not everyone would do the same.

3. You’re an example of hope and inspiration to at least one person

When I considered a career as a high school English teacher, I relayed some concerns to an old mentor of mine.

“How much of an impact can I really have? How many children can I truly help?”

He replied, “If you can save one child from slipping through the net, you’ve made the biggest impact you can make. You won’t save the world, but maybe that one kid you help will, or the kid they come to help in future.”

We can never know where our influence starts or where it ends. You’re likely an example of hope and inspiration to at least one person, and who knows what positive transformation will come about thanks to who you are? Never underestimate your potential to be the spark that ignites great change.

4. You have the most precious gift – life!

If your great-grandfather had been late for his first date with your great-grandmother; if your grandmother had been too ill to attend the dance where her eyes would meet those of your grandfather; if your dad had decided to watch the football instead of taking that walk in the park where he bumped into an old friend who would go on to introduce him to his future wife, you might not be here now.

You possess the greatest gift that all the billions of people who might have been will never know – you are alive. Just by existing, you’ve beaten the greatest odds there ever can be.

Whether that realisation has spiritual significance for you or not, the fact is that you are always in the position, in every minute of every day, to make an impact, to change things for the better, to make the world around you a better place just by being here.

6 people who changed the world (who had mental health issues)

The second man to walk on the moon in 1969, as part of the Apollo 11 crew, Aldrin later suffered from depression and alcoholism.
The astronaut was able to work his way back to good mental health, and served as chairman of the National Mental Health Association.

The man responsible for Moonlight Sonata, The Pathtique Sonata, the Fifth and Ninth Symphonies, to name just a few of his timeless works, was a manic depressive.
Never one to be outdone, he once wrote to a patron, “Prince, what you are, you are through chance and birth; what I am, I am through my own labour. There are many princes and there will continue to be thousands more, but there is only one Beethoven.”

One of the greatest wartime leaders of the 20th century, Churchill’s inspiring belligerence and tactical nous helped the Allies to victory over Nazi Germany in 1945. Churchill also suffered from bipolar disorder.

Arguably one of the most quoted leaders of all time, Lincoln was renowned for his storytelling and lauded for his ability to lead a team made up of his own rivals.
Honest Abe suffered his first episode of depression in his 20s and continued to live with it for the rest of his life, as well as suffering anxiety attacks.

The highly-acclaimed writer, loved the world over by Potter fans, suffered from depression when her first marriage ended after just two years.
She has said that writing the first Harry Potter novel helped her to overcome her mental ill-health.
“I really plummeted,” she said. “We’re talking suicidal thoughts here, we’re not talking ‘I’m a little bit miserable.’”

Summer changed the face of pop with her 1977 electro-disco hit, I Feel Love, which sparked the birth of house music. Despite the adulation and fame, the singer revealed that she often battled with self-destructive thoughts, which brought her close to suicide.

Sandy believes – as history has shown – that many people who suffer from mental ill-health are inspiring examples of success stories and that they possess great strength in overcoming great adversity. To find out more about mental health and services in Malaysia, visit the Malaysian Mental Health Association at www.mmha.org.my. For more Consulting Corner articles, click here.

3 Leadership Lessons From Inside Out