Getting Up Close And Personal With Dr Dave Ulrich 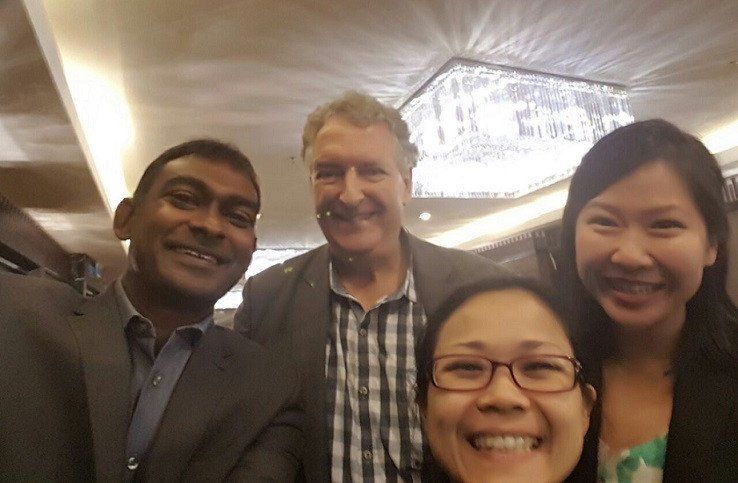 In the world of human resources (HR), Dr Dave Ulrich, the Rensis Likert professor of business with the University of Michigan in the United States, does not need much introduction. Globally recognised as the most influential thinker in the HR sphere, Ulrich’s works have been published in books, articles and research papers, and referred to extensively.

I’ve known Ulrich for many years (yea, right), i.e. through commentaries by my esteemed editors from the previous organisation I was attached to. Back then, they would write HR commentaries referring to Ulrich’s HR ideas, competencies and best practices.

Destiny somehow brought us together years after that. My first connection to Ulrich was via email for permission to have some of his recent works to be published on Leaderonomics.com. And we did publish some of the articles he graciously shared with us.

Meeting ‘The Guru’ in person

Opportunity came knocking when we got to know that he was coming to Kuala Lumpur, Malaysia, for an exclusive one-day workshop on May 31, made possible by KPintar Sdn Bhd. It was the beginning of a journey of anticipation and correspondence as I waited for a confirmation to get Ulrich on The Leaderonomics Show (TLS) with our TLS host/editor/Leaderonomics chief executive officer, Roshan Thiran. 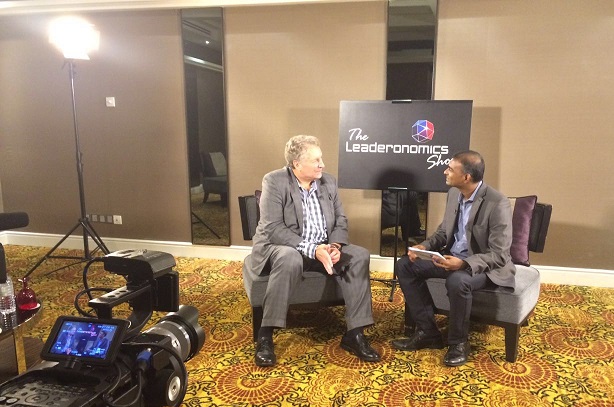 Ulrich (left) and Roshan during The Leaderonomics Show interview.

I attended the session as a media representative. Hence, besides me interpreting HR matters from an employee’s point of view, I also observed the communication cues and presentation skills from a media point of view. Not with judgemental eyes, but with a pair of learner’s eyes since I have not been formally trained in mass communication.

Ulrich presented the fourth wave of HR on The Next New Thing: How HR Creates Value from the Outside In, but at the end of the day, it felt like the audience had known him as a close friend.

Here are three of my observations that we can learn from Ulrich as a person:

1. Be spontaneously unpredictable, and have a good laugh

We sometimes stereotype university professors of a certain stature, or generally speakers or trainers, as incredibly rigid and serious. I admit I had that preconceived idea about Ulrich before seeing him speak live.

To my childlike delight, Ulrich came across as someone sincere, down-to-earth and fatherly. He looked comfortable enough on and off stage (although he was very conscious about being captured on video), as he engaged with his audience as though he was conversing with you personally.

He brought elements of surprise to the audience when he tricked us into believing that he actually misplaced his pen, when he was actually “testing” who would be the first in the crowd to come on stage with a pen for him.

He later playfully made the cameraman turned his camera anchored on a tripod to almost a full circle as he went around him, before Ulrich finally stood right beside him and commented that he had successfully evaded the camera. That was what he needed to do to break the formality of the workshop with his audience – through laughter.

Takeaway message: We have heard this many times before: Don’t judge a book by its cover. Naturally, we judge a person, an organisation or a situation by what we see or hear without delving deeper into the heart and mind of those entities to substantiate our perception. As we say in Malay, tak kenal, maka tak cinta (you can’t love what you don’t know). Also, laughing at ourselves is good medicine; laughing at the expense of others is not.

2. Be vulnerable, but be at rest about being yourself

I noticed that whenever Ulrich moved from one table to another to engage with his audience, he would move the nearest empty chair right in front of him, or sometimes, he’d sit on it. Me being a little obsessive-compulsive, I was somewhat grateful that these weren’t my chairs as I would have asked (politely!) my honourable guest to please stop moving those chairs around from their original positions.

Then came a session where he spoke briefly about personality types and the DNA of effective leaders. My curiosity was answered when he finally revealed why he has the habit of moving chairs in front of him. It was actually in response to his introversion personality whenever he makes his presentation. Putting myself in his shoes, I’d probably be finding a spot where I can hide at least half of my body from my audience’s view.

Takeaway message: Be aware of your predisposition, but be open to learn and master all other skills required to do a job. Specifically in terms of leadership, we need to break out from our familiar zone to master personal proficiency to becoming a strategist, executor, manager and developer.

3. Be a storyteller, and start connecting the dots

Throughout Ulrich’s workshop, he used many examples and experiences from his own family to explain certain HR concepts or answer HR questions from the floor. It felt that at the end of his presentation, not only had we built a connection with Ulrich, but also with his entire family.

Now we know that Ulrich loves basketball and his mother; his wife Wendy is a psychologist; his son, Michael, is following after his dad’s footsteps in HR; and he has two daughters with very different personalities.

The one story which struck me most was the time when Ulrich, who was travelling for work then, related how a client has now blacklisted him from ever speaking for their company because he chose to fly home to see his father who was quite ill at that moment. To him, it was “so be it” because he was clear on what his priority was. Ulrich’s father passed on shortly after that.

Takeaway message: There needs to be clarity on what matters most in our lives. What price are we willing to pay when we are “forced” to choose between work and family? Are our personal values still aligned with the values that an organisation stands for, or the clients that we serve?

I now understand why Ulrich is known as the father of modern HR. He does live up to the persona of a father figure, specialising in the other side of ‘HR’, i.e. human relationships. It was indeed a privilege to get up close and personal with Ulrich that day.

5 Ulrich quotes of the day

Check out our interview with Dr Dave Ulrich with our host, Roshan Thiran:


Were you there at the workshop? Share with us your key takeaways from the session at editor@leaderonomics.com. Check out our other exclusive interviews with CEOs and thought leaders on The Leaderonomics Show. Meanwhile, if you are not from HR but would like to gain some understanding of the total HR spectrum, do contact us at training@leaderonomics.com for our ‘HR for non-HR’ workshop. For more Thought Of The Week articles, click here. 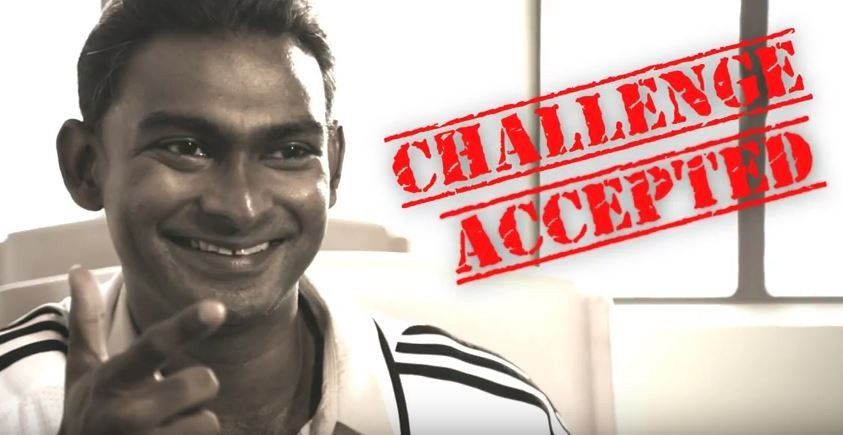