Unconscious Biases In Your Organisation 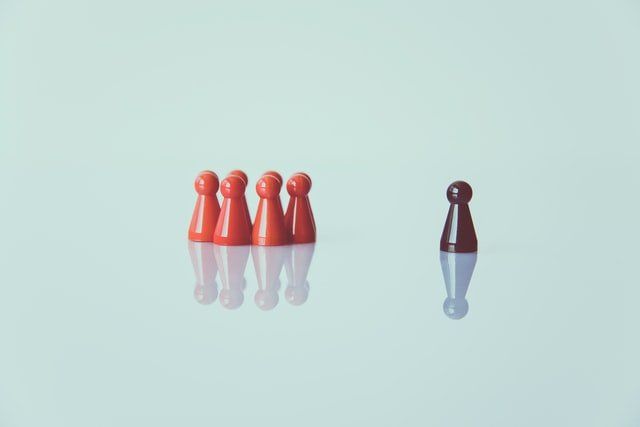 Source: Image by Markus Spiske on Unsplash
Unconscious Biases Can Derail You and Your Company

One of the key topics I’m asked about frequently these days is unconscious bias training. More and more studies come in every day that show diverse and inclusive teams (more on what that means later) consistently outperform teams made up of people who are very similar to each other.

So, it’s time to bust unconscious biases in business. And that’s the tricky part. While millions of training dollars have been spent over the past 30-plus years on diversity, there is surprisingly little proof of results.

In fact, the gender and racial diversity training we might be familiar with from the late 80s and 90s was widely reported to have had an adverse effect! It raised awareness of people’s differences but didn’t provide behavioural change strategies.

A study of 829 companies over 31 years showed that diversity training had ‘no positive effects in the average workplace.’ At best, the study made some people more open to hiring those of other races, genders, and ethnicities. At its worst, it shamed people ‒ resulting in some leaders banding together and enforcing their world view. 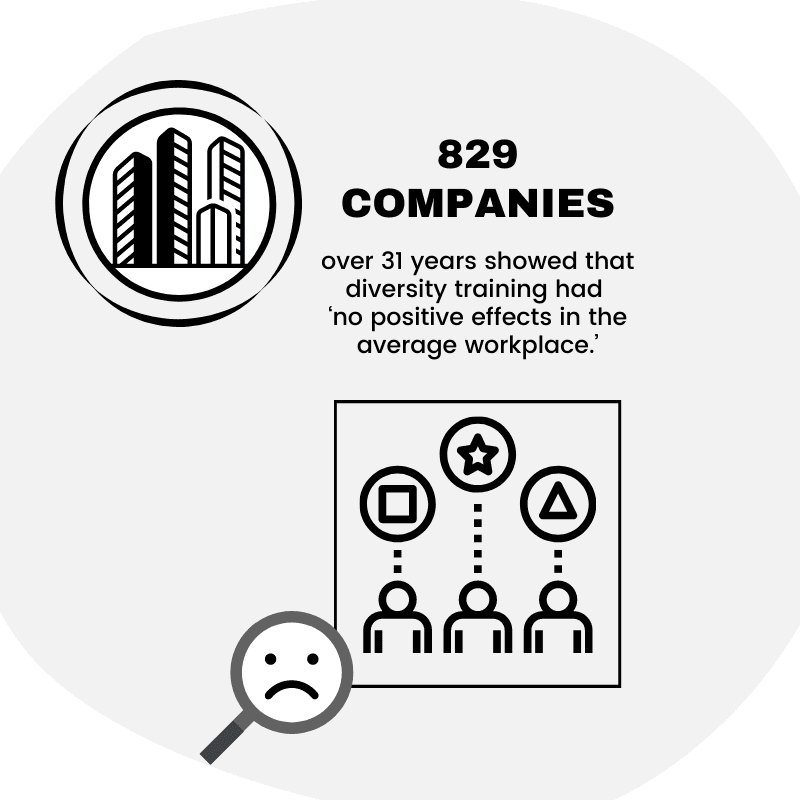 Infographic by Leaderonomics: Statistics of Diversity Training at the Workplace

Fortunately, in the past few years, research based on organisations like the NeuroLeadership Institute have been studying not only how the brain creates biases but also what strategies successfully mitigate them in organisations. One thing they have noticed is that while a group of similar people feels better for its members, a diverse group consistently performs better, making it clearly worth our while to figure out the bias conundrum.

We are all unconscious – and a bit biased

All human beings are biased. It’s a natural state of the brain that evolved from the days when we needed to be able to calculate very quickly if something was like us and thus friendly, or unlike us and possibly dangerous.

In fact, the brain has far more (three to four times as much!) real estate devoted to identifying threats, than to identifying opportunities and rewards. There are over 150 different types of biases ‒ and all have their roots in the structure of the brain. Biases are part of what keeps us sane and able to process the enormous amount of information that we are bombarded with at any point in time.

In a Google presentation on bias, they estimate that at any point in time, our brain is processing some 11 million bits of information and we can only consciously process 40 bits ‒ which makes us 99.999996 per cent unconscious. 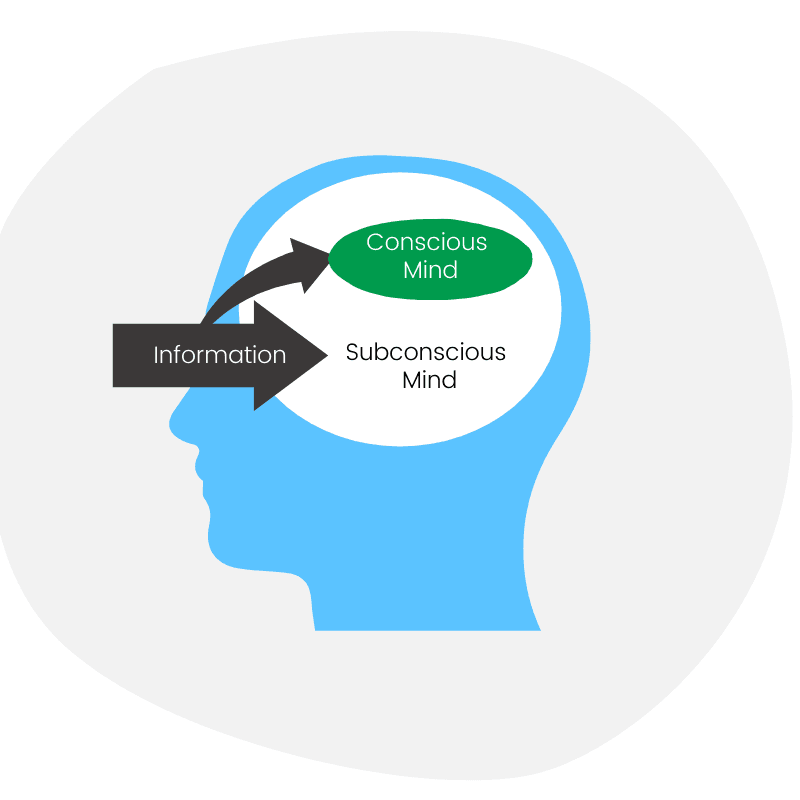 The rest gets handled by our unconscious mind. That part of us has learned the unconscious biases to delete (ignore some information and not make it conscious), distort (emphasise or fade other information), and generalise (Gosh! That switch looks just like the switch I used to turn on the lights in the other room, so, it too is a light switch).

If we were not able to form unconscious biases and delete, distort, and generalise accordingly, we would probably go crazy pretty darned fast. Since we are all naturally biased, there’s no need to feel ashamed of it. And there’s a very profound business case for ensuring that we mitigate or entirely remove our biases in certain situations. 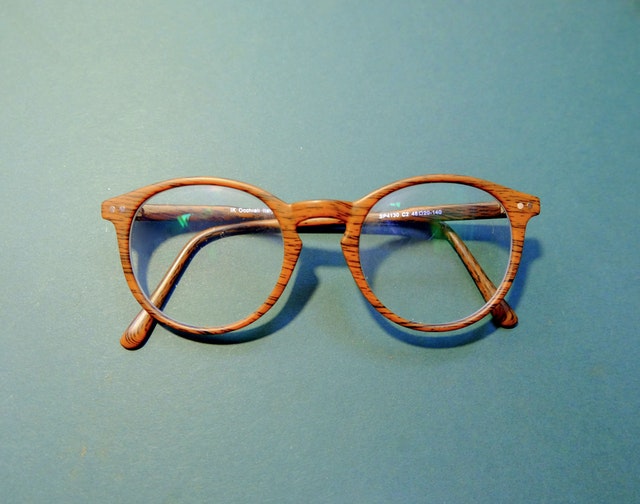 READ: How To Prioritise People and Culture To Drive Winning Results

Many people think that diversity is simply about having a diverse team, one that has representatives from different genders, races and ethnicities. While that is a start, according to Heidi Grant-Halvorson PhD of the NeuroLeadership Institute,

Human infants have a very long period of being dependent on the adults of their ‘tribe’. If we are socially ostracised from the group, we feel physical pain. This is instinct, and we automatically mirror the behaviours of others from birth in order to belong and therefore survive.

When our belonging is threatened, when we are ostracised or excluded, we enter what I call ‘Critter State’. When the brain is under threat, it literally cannot function in the same way that it does when it feels safe, when it is in the ‘Smart State.’

When we feel under threat, studies have shown that we release an enzyme that has been found to attack the hippocampus which is responsible for regulating synapses. So, our brain:

To get the benefits of diversity, we must promote the ‘Smart State’ by including, including and including. And here’s the catch:

Humans never communicate as clearly as they think they do

It’s actually quite a miracle that we understand anything about each other at all. How many times a week, a day, or even an hour have you had the experience of thinking you understood or were understood, only to find a complete disconnect?

So, you may think you are including, but if you are not consciously including someone who is not confident about their place in your inner circle, they may feel rejected or not welcome. To truly promote diversity and inclusion, it is absolutely critical to train your team in effective communication skills.
Techniques like rapport, inquiry mode and feedback allow people to get to know each other as individuals, not as ethnic, race or gender groups.

And that, my friends, is the secret to having diverse teams with lots of inclusion ‒ and to busting bias.
Awareness alone doesn’t work, but structures which prevent biases and the creation of skilled communication patterns and habits do.

Do you have platforms for ensuring there is no unconscious biasness in your organisation. Check out these great platforms below:

For more information on how you can leverage these platforms for your organisation, click here or email info@leaderonomics.com 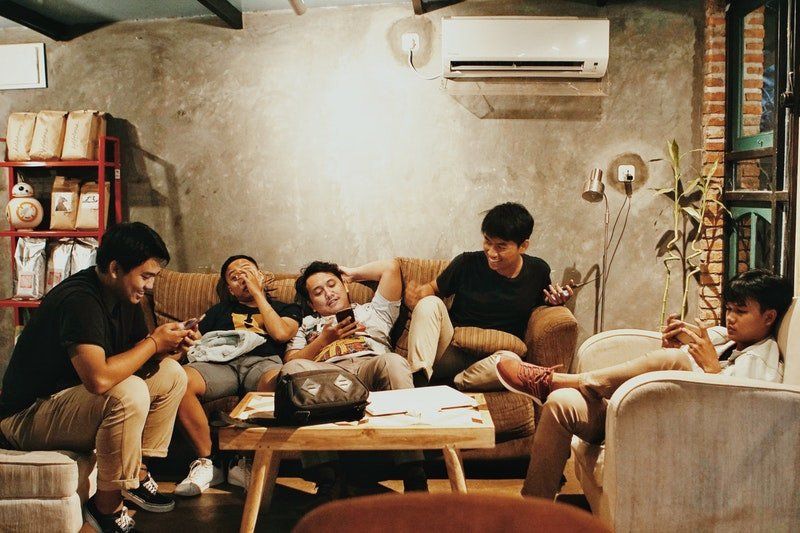 Navigating Multiple Relationships In The Workplace

Christine Comaford
Christine Comaford is a leadership and culture coach. She is best known for helping her clients create predictable revenue, deeply engaged and passionate teams, and highly profitable growth.