The Ride Of My Life 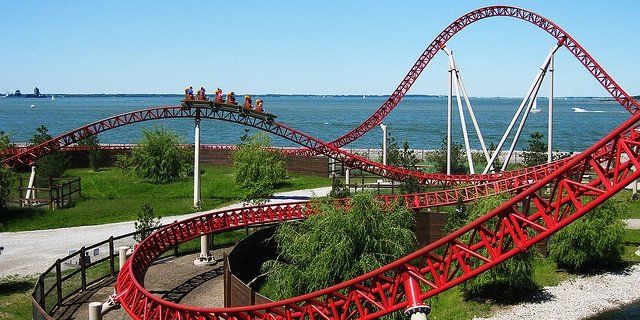 My secondary school education was spread across three different schools. First, I went to SMJK Kerian in Parit Buntar for a year. After that, I attended Penang Free School for another year before completing the remaining three years in St. George Institution in Taiping. After SPM, I earned the ASEAN Scholarship. Two weeks into the programme, however, I received the PSD scholarship and subsequently accepted it. After a year in Shah Alam, I pursued my bachelor’s degree at Duke University in North Carolina. Many can probably relate to my struggles in choosing the right major.

After much deliberation, I opted for Biomedical Engineering. I really did not want to be a doctor, but my father felt otherwise, so I chose a major that was as close as possible to medicine – where my dad wanted me to be – and still remained in an engineering degree, which is where I thought I wanted to be. I finished the major, and completed a second major in economics. Post-graduation, I was plagued with a lot of unanswered questions. The Danes have a saying that goes:

Pick a horse and ride it.

My problem was that I did not know which horse to ride.

I had the options of going directly into graduate school, looking for a job in the US, or returning home to Malaysia to find work. Instead of taking up any of the aforementioned options, I decided to pursue what I really wanted so I decided to do just that. In fact, the idea had been lingering at the back of my mind since the second year of university and I had saved up enough money for it.

In the last two months before graduation, I purchased all the equipment needed and prepared myself for the only method of travel that would give me sufficient exposure to people and places, not break my budget, and get me home in a decent amount of time. I decided to cycle home. My trip started in Los Angeles; I cycled to Washington DC, flew to Dublin, cycled to Shanghai, and then, home to Malaysia.

The 10-month trip was not easy, but I certainly learnt more from my time on the road than from any other endeavour I have undertaken. During that time, I also took the opportunity to initiate a fundraiser that my father ran, and with the help of St. George’s Old Boys, we managed to raise a quarter of a million ringgit for charity. I also persuaded my father to come cycle with me in the Gobi Desert, and we had a wonderful experience during our two weeks there together. I am currently writing a book about my experiences and with luck, it will be published in 2009.

Upon getting home, I was still confused over my future. I still carried personal baggage such as relationship issues, and I still did not know ‘which horse to ride’. What followed for me soon after was a two-month stint with the DAP political party, which I thought was doing a wonderful job at bringing about change in this country. After that, I did six months of consultation work as an analyst. I quickly discovered that the corporate world, with all its financial lure and promise, was not for me.

What I really wanted to do was to make a difference in society and in academia, and hopefully, explore new frontiers of knowledge. Thus, I applied and was accepted to the University of Pennsylvania, where I am currently studying Economics. Hopefully, I will be able to contribute as an academician, and in time, use that as leverage to contribute to society.

Law Tzuo Hann is currently back in school at the University of Pennsylvania. He hopes to have a doctorate in Economics before he turns 30, and to stay in shape while he’s at it.