It seemed simple; the transition from a small government school in Kajang to a private college, from SPM to A-levels, and from protective parents to newfound independence. It was not.

Back then, my ambition was to be a doctor. Perhaps I was fed by the Malaysian mentality, which maintains that good grades only meant a career as a doctor. Maybe all the “Good… become doctor can earn a lot! Can buy BMW 7 series! Can save lives! Very noble!” got to me. Perhaps it was the glamorous social standing. Armed with these naïve reasons, close to zero research, and nil soul searching, I blindly signed up for Pre-Medicine Cambridge A-levels at Taylor’s University.

My first six months were disastrous. I played hard but did not work as hard. I had brought along my overconfident ‘big fish, small pond’ mentality and thought that A-levels was a breeze when it was actually a hurricane. Simply put, I was a cricket player who did not know she was playing ping-pong, and thus began my fall from grace.

It was hard and painful to realise that I was just a small fish in a big pond now. Thus, I took the easy route out – denial. Besides that, I was experiencing freedom for the first time whereby parties replaced debating and looking ‘in’ superseded homework. At times, I would be asking myself; where was the girl who gave a 100 per cent in whatever she did to make her parents proud? Where was that spirited advocate who argued debate motions fierily? As these stark realisations struck me, I felt myself spiraling downwards. I hit rock bottom.

My grades were ABC’s – abysmal, bad, and catastrophic. Any personal development was stagnant. I was getting terrible at reading, writing, and debating. Enough was enough – I was a disappointment. That was the truth. I was wasting my parent’s money and throwing away precious time and potential by morphing into a shallow bimbo. Something had to be done; thus, I created my very own pivotal paradigm shift, and translated it into action.

I got my classmate to tutor me in Physics concepts that I found incomprehensible. I bought past year papers, made mind maps, and reviewed lessons after college instead of hanging out. I finally immersed myself actively in my Model United Nations club, reignited my debating skills, and acquired the art of diplomacy. I spent my money on books that would help me grow as a person. In addition, I grabbed the opportunity to attend talks by Bill Clinton and Professor Jose Ramos Horta to gain insights about their illustrious lives.

In the end, the results were encouraging and I was relieved to be back on track. Retrospectively, I now view my six months of deviation as a silver lining for two reasons. For one, it gives me a constant source of inspiration whenever idleness strikes. Having experienced it, the memory of being a disappointment is too excruciating to relive. Secondly, rekindling the flame of my former self who dreamt of great things made me realise who I really am, what I am best at, and how I can maximize my potential to fight for the causes I believe in.

It was then that I discovered medicine was not a passion of mine. Instead, my passion lies with speaking, particularly on the abuse of human rights. As such, I spent many hours researching about Law to obtain every little detail. The more I learnt about it, the more convinced I became, realising that I could utilise my ability to speak to advocate for the victims of human rights abuse. A quote by Thomas Friedman is a favourite of mine:

If you want your causes to have an impact, you have to be where the laws are made.

Though I have gained unconditional offers to read law in the University of Manchester and the University of Edinburgh, I had to decline them due to financial constraints. I refuse to be bogged down by debts the moment I graduate – thus, I am now applying for universities that provide scholarships.

I am now expanding on a business idea to bring it to greater heights, reading to prepare for upcoming interviews, and writing to ensure those creative juices do not remain stagnant.

My journey after SPM is not an extraordinary one. In fact, it is extremely ordinary. Too often, we are too hasty, too ignorant, too contented. I wasted six months to figure that out; a whole lot of difference could have happened in that period of time! Instead, learn from the mistakes of others, mine for one, and abandon yourself to your passion to craft your own success story. As Winston Churchill once said:

There is no crime as great as daring to excel.

Lee Lian Kong is currently battling Cambridge A-levels at Taylor’s University, and hopes to emerge triumphant to study law at the University of Manchester. She dreams of fighting for a world where the colour of one’s skin is not the measure of one’s worth, and one’s acts of conscience not a platform for persecution. 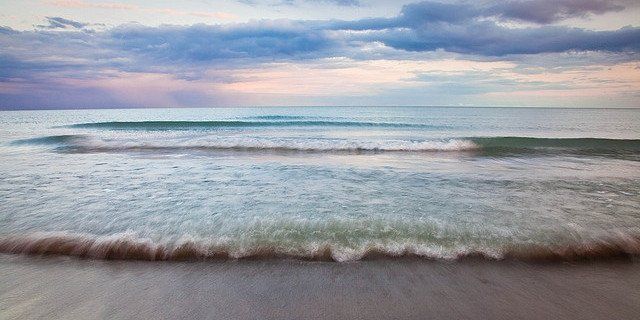 Seeing The World Beyond Our Shores