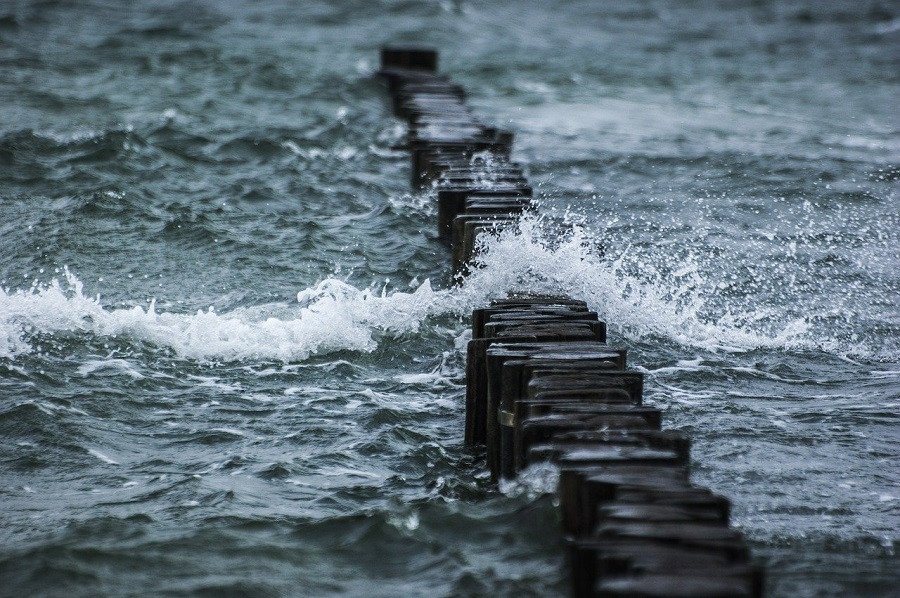 How is Self-Esteem Measured?

In measuring our self-esteem, many of us look at where we excel: who we know, where we work, how much we earn, what we’re good at, how good we look, and so on.

In other words, we measure our value by comparing ourselves to others.

At a deeper psychological level, this can have much to do with our parents’ expectations of us when we were growing up; as we grow into adulthood, many of us unconsciously continue in trying to live up to the wishes of our parents.

For example, the ‘attention-seeker’ who explicitly shows themselves as ‘unconventional’ might have grown up in an environment where the caregivers were high-achievers, and so striving to live up to high standards became the norm.

On the other hand, perhaps depression or some other difficulty prevented an adult from being emotionally available, and so the child habitually did everything they could to provide cheer to the parent by using humour or other flamboyant ways to get attention and establish connection.

The vast majority of us have a deep-seated need to be seen, celebrated, cherished and useful. At the time of our birth, we are doted on, cuddled and nurtured, with our every need met by caring and loving people around us.

As we grow older, we begin to notice this undivided attention beginning to diminish and, not being sure why, we reason that it must somehow have been our fault since, at this point, we don’t yet understand how things naturally unfold. All we know is that the attention isn’t what it used to be. 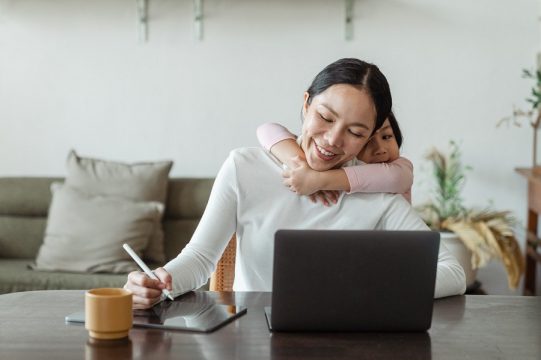 Growing older still, into our teenage years, by this point we’ve grasped the importance of making the right impression. We conform to unwritten fashion codes, use of language, attitudes toward authority, having the right kind of smartphone, and championing social causes with the appropriate gusto.

It’s during our teen years that we enter the psychosocial stage of what developmental psychologist, Erik Erikson, called Identity vs. Confusion.

General put, in this stage of development, children who have received encouragement and positive reinforcement are likely to feel secure in themselves as they work toward finding their place in the world. They have a sense of control over who they are, what they believe, and the values they hold.

On the flipside, children who come into and through their teenage years with feelings of uncertainty and apprehension of their beliefs and values are more likely to be confused about who they are and their place in the world.

When the time comes to enter the world of work, most of us will be familiar with the idea of self-esteem: the extent to which we have confidence in our worth or abilities. Self-esteem is important, we’re told, if we want to be successful or a great leader change the world someday.

The problem with self-esteem is, as mentioned earlier, that it’s measured by comparing ourselves to others. For example, I could say, “I’m smart” and the follow-up question to that would be, “Compared to who?” It works with any other statement. Try, for example, “I’m kind”, or “I’m good looking”, or, “I have a great job!” 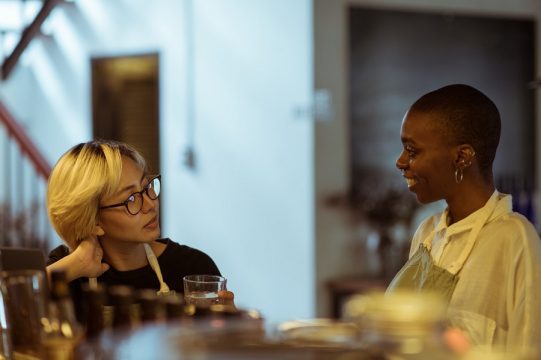 Now, the problem isn’t with the thought that you’re smart or kind, or that you have a great job…it’s how we use these thoughts. Deep down, we know we’re not kind all the time; and, who among us doesn’t feel stupid in some contexts? Give me a fairly complex maths problem and you might as well ask my dog to solve it.

So, we inherently know that whatever we can measure about ourselves depends on context, circumstance, and is subject to fluctuation. Just ask any straight-A medical student how smart they feel on their first day as a doctor in a busy hospital.

We use self-esteem as a presentation to the world, and we nail our self-confidence to it. The trouble is self-esteem is fragile because it’s predicated on how others see us and how much approval or validation we receive. As we all know, this is anything but a constant and even when we’re doing well, we can still face criticism and unfair judgement.

So, how do we calm the stormy seas of self-esteem?

The answer lies in building a sense of self-worth: to develop the valid belief that you’re important and are inherently valuable regardless of your triumphs and failures.

Each of us recognises the worth of a human being. The pang of pity we feel as we pass a homeless person begging on the street is an acknowledgement that their hardship and brutal circumstance is something they shouldn’t have to experience. We don’t know their story and we don’t have to – we immediately appreciate their worth as a human being as we recognise their unfortunate tragedy.

Developing self-worth might seem counterintuitive, since most of us have been conditioned to believe that we have to do something to earn our worth. The irony, of course, is that the modern world is mostly based on values found in religion and philosophy that validate the preciousness of individual life and stress the moral duty of society to nurture it.

Thankfully, we can help ourselves to nurture the vital inner resource of self-worth. Let’s take a look at some ways that we can steady the ship and anchor ourselves in a kind of confidence transcends our circumstance:

1. Create a buffer from critical self-talk

From time-to-time we all have thoughts such as, “I’m such a loser!”, “How stupid am I?”, “Oh man, I’m so useless!” Notice how each of these thoughts try to convince us to identify ourselves in a particular way, and yet our thoughts are just a bunch of fleeting words that are often repetitive and inaccurate. 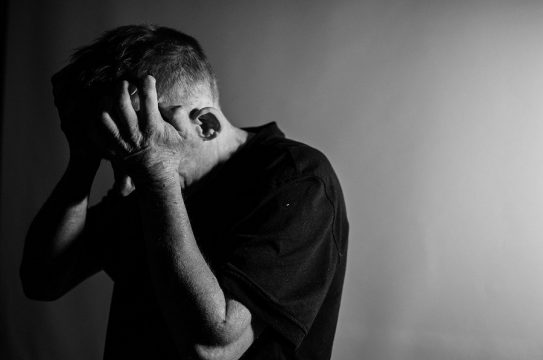 To create a buffer, practise putting the following words before a thought. The thought arises, “I’m such a loser!” So, we consciously repeat this, adding, “I notice I’m having the thought that I’m such a loser.” You can use this technique for any unhelpful thought, and it’ll help you to stop identifying so strongly with these fleeting words that come up from time-to-time.

2. Know that you are so much more than your failures and successes

It’s the first question we ask at networking events, “What do you do?” As a result, we form our self-concept around exactly that. “Hi, I’m Sandy, I write for this publication and that newspaper, and I’ve interviewed these very important people and performed music here and…”

Achievements and successes are nice, and they are a part of who we are…but they don’t define us. Neither do our failures. At my funeral, no-one’s going to care who I met or what song I killed where. Hopefully, they’ll speak about positive characteristics that resonated with them, or how one time, I snort-laughed during an episode of Brooklyn Nine-Nine.

Mostly, we’re known for how we are and how we make others feel, not how we look and come across as we portray filtered social media versions of ourselves.

3. Practice the art of kicking FOMO into touch

People with a strong sense of self-worth are interested in all that captivates the rest of us – they just don’t let that FOMO feeling (‘Fear Of Missing Out’) ruin their experience.

Every day we see adverts, ‘self-help gurus’ on social media, and read articles telling us why we need this product, this exercise regime, or this sales technique NOW or risk being left behind everyone else.

It’s no wonder mental health issues like stress and anxiety are on the rise when we’re convinced we’re not yet good enough, but we can try to be if only we chase an ideal that’s (conveniently) always out of reach.

When you stop struggling against yourself and learn to appreciate what you have – everything that enriches your life now – you can stop buying into the messages that say, “You’re not good enough”, and know that you’re always good enough, no matter what.

This might interest you: Tuning into the benefits of JOMO (Joy of Missing Out)

4. See that everyone is fighting a battle alongside you

Whether on social media or in person, most people seem to have a better handle on life than we do. Everyone’s smiling, saying they’re fine, and posing in front of an impressive backdrop. John has a Tesla now, and Mary’s just bought her dream house.

As awesome as the Tesla is, John’s marriage is in trouble and, as the CEO of a large organisation, he’s struggling with loneliness and isolation. Nevertheless, he feels that he needs to put on a happy front for the sake of others. Mary’s dream house is wonderful, paid for in part by the inheritance she received when her mother died.

Living in a big house was her parents’ dream and Mary loves it. But she would trade everything she has for just one more day to talk to her mum and dad. Often, the happy persona we show people on the outside doesn’t reflect the story going on inside. To varying degrees, we all struggle with parts of ourselves and tough moments in life.

No-one is free from the challenges and suffering that life brings. In recognising that, we honour the worth of everyone who’s trying their best and, in turn, we embrace our own worth as someone who’s doing what we can to appreciate life and make the best of what we have. 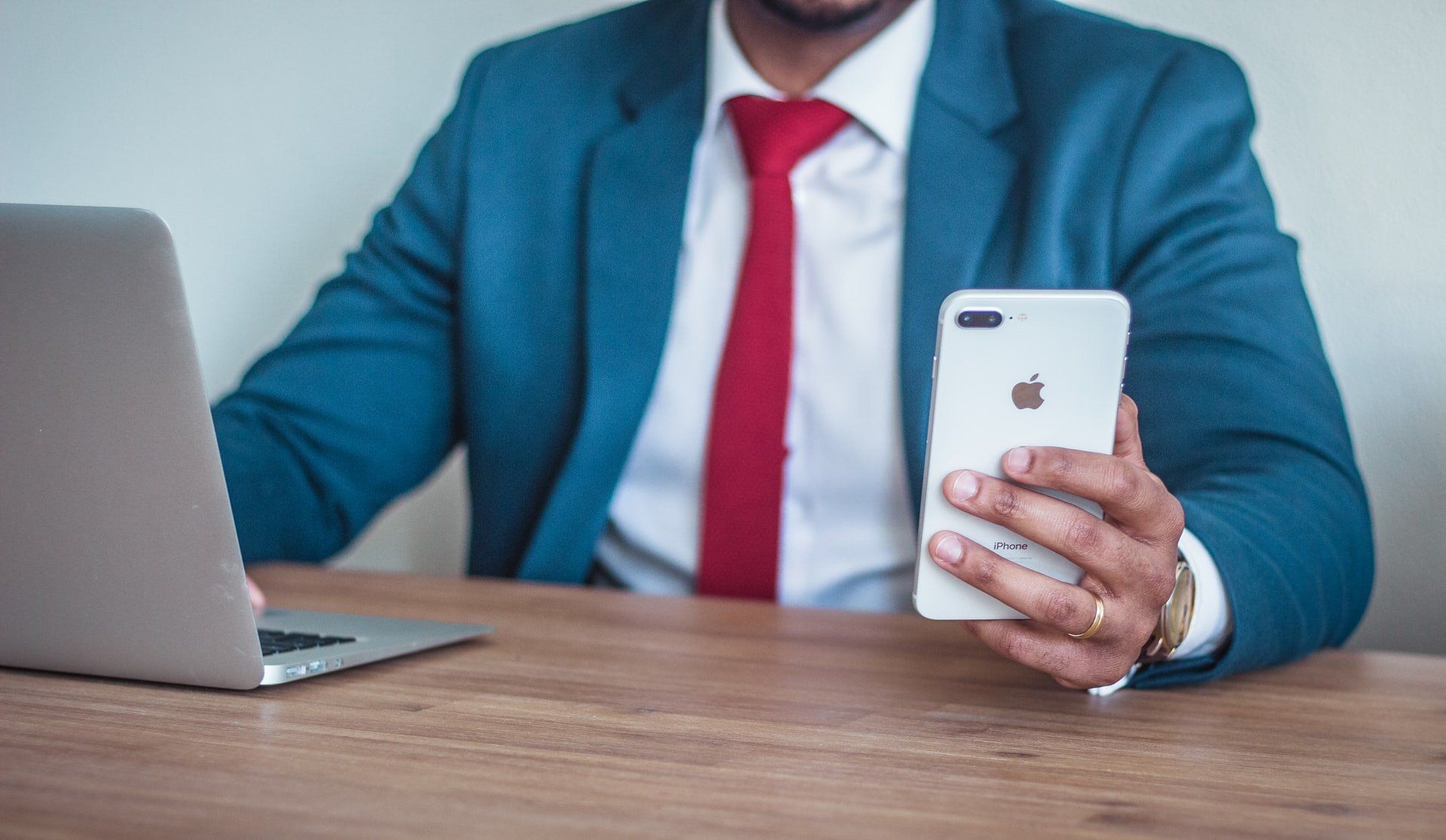 How Leaders Can Use Social Media To Influence