Rejection – Dwell On It Or Deal With It 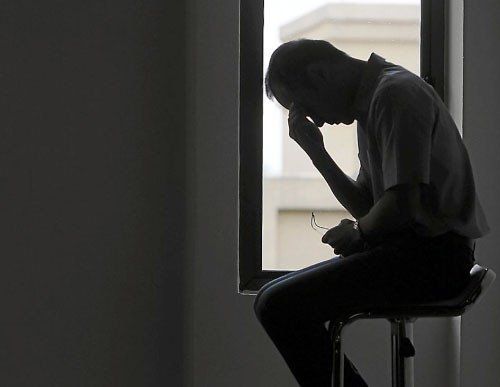 One balmy afternoon, Kaye, a talented IT manager was visibly upset after being told she was passed over for a promotion. For the past three years, she has worked long and hard. Her goal was to bag the top job overseeing the IT function for Asia-Pacific.

Imagine her surprise when the top job went to a junior manager whom she did not even deem a worthy competitor. Kaye approached the human resources (HR) department for an answer but was none the wiser with its vague responses such as “The other candidate was a better match”, “Nothing to do with you, they like her energy and enthusiasm.”

Walking away from the HR office, Kaye took the rejection badly and bitterly voiced “Ah, what do they know? They are not ready for my brilliance!”

Insomuch as this is true for a lot of us – we crave bigger roles and have high expectations (sometimes unrealistic) – we are not wired to handle rejection very well. We become bitter like Kaye. However, the sooner we discover how to deal with failure or setback, the better we become.

Your career will take you places where you experience highs and lows. Rejection and failures are part and parcel of the journey. To be successful, Richard St John, best-selling author of the book 8 to be Great, writes about the eight traits which successful people have in common.

One of the traits St John posits is the ability to “persist”. In order for a person to persist, he or she must be adept at dealing with C.R.A.P, an acronym for:

* In St John’s book, A stands for something which is not appropriate for newspaper readership, hence I have substituted it with Autocrats.

This article on the second of the C.R.A.P series (Rejection) and how we ought to explore ways to deal with the no’s we face in our career.

A senior executive was mentoring a group of “stars” as part of the bank’s talent acceleration programme. Chin was particularly impressed with Craig who presented a potentially game-changing idea to the bank’s senior leaders.

The workshop was to test and further validate Craig’s proposal in order to trigger a final recommendation for his idea. However, when brainstorming, Chin observed something troubling.

Instead of engaging with his peers constructively, Craig was aggressively fighting off suggestions from others and adamantly defending what he thinks will work. His tone and manner made some of his colleagues uncomfortable.

Craig conducted himself in a way which surprised everyone around the table. What could have been a healthy strategic debate derailed into a disrespectful display of arrogance and sadly, a missed opportunity for healthy insights to improve on an already well-received proposal.

After the workshop, Chin managed to discuss the issue with Craig and through a combination of coaching and tactful one-to-one conversations, Chin got to the bottom of Craig’s fear of rejection, stemming from a failed experience at his previous workplace, where ideas after ideas were rejected without grounds.

Countless numbers of his proposals never saw the light of day. Taking the rejection to heart, leaving was the most sensible option.

Craig left without knowing what could have been the outcome if he had taken some positive actions and constructive steps to understand the causes of rejection.

With burgeoning reality cooking shows on TV lately, I was amused by a contestant’s comments about how he was dreading the “but” throughout the judges’ showering of compliments of his dish. To his surprise, it never came.

Although it was only a TV show, I am sure many of you can relate to the “but” resulting from an unconscious anticipation of rejection, even in the rosiest of times.

The judges did a great job in accentuating the positives and depersonalising the rejection – something we could all apply when coaching our team. It should be about “which dish/result we like the most”, instead of the chef/employee per se.

Steve Jobs, at 30, was unceremoniously kicked out of the company he started. To add salt to wound, he was ousted by Apple CEO John Scully whom he hired. But Jobs staged a comeback to turn Apple around and went on to claim supremacy in the tech world.

Successful people view rejection as a temporary setback, not failure in itself. Jobs said “Dylan, Picasso and Newton risked failure. And if we want to be great, we’ve got to risk it too”.

Such a reaction is not helpful in taking positive actions as it often immerses one in self-pity and anxiety about the unknown culminating in a paralysing fear that prevents a person from trying altogether.

Let’s revisit Kaye. Instead of becoming bitter, she became better. First by going on an emotional roller coaster commonly experienced by the disappointed: she grieved.

Starting out with disbelief, it accelerated to anger and subsequently plunged into a doldrums of helplessness and rejection.

Strangely, it was also during those moments of despair when she had an epiphany that she actually has a choice – stop dwelling on the problem, start dealing with it head-on. With that, she swallowed the bitter pill.

She is highly ambitious and hungry for success. She is well grounded and has huge levels of self-awareness on what she’s good at. Coupled with a healthy dose of proportion, she is keenly aware of what is within her control and what is not.

Instead of blaming it on HR, her manager or the company, she faced the problem head on and became solution oriented. She asked herself the following powerful questions:

From the questions, Kaye discovered new perspectives she was not consciously aware of. She reached out to her manager to discuss her career aspirations and developmental needs. Her manager was actually relieved that Kaye was ready to talk about the issue openly.

Managers are fearful of telling someone hungry for a promotion that he or she is not ready. They are worried that the person may resist and they may lose a staff.

Tip for managers: Never avoid the career conversation. A talented employee who receives no feedback may believe that his/her manager does not value his or her potential.

I recall a ritual at an annual meeting where the marketing manager always, without fail, closed team meetings by quoting a Chinese song Ming Tian Hui Geng Hau (Tomorrow Will Be Better). While the lyrics are sweet and uplifting, I wonder how those words helped her team become stronger, if at all.

I took up baking five years ago as baking is therapeutic and provides an outlet for my creative expressions. It is a fact that baking the perfect French macaron takes great skill and even greater patience. Each time a batch failed, I was tempted to give up.

But I persisted by drawing inspiration from Thomas A Edison whose research and experiments gave us the first light bulb. His famous quote “If I find 10,000 ways something won’t work, I haven’t failed. I am not discouraged, because every wrong attempt discarded is another step forward.”

This conviction resonated with me so much that I eventually perfected the ideal macaron. To add another feather to my baking-Eureka! cap, my macaron troubleshooting guide became a valuable reference for my friends who nicknamed me as the “Pied Piper” for the cute French cookies!

So, when life throws you a curve ball, do you lose it or have a meltdown? Or do you bounce back, dust yourself off and persist? Corporate life often dishes out unpleasant as well as positive experience. Get ready and get mentally tougher in the face of rejection.

The secret is to be positive and constructive. I know that overcoming setbacks can be emotionally draining, hence, a good level of positivity helps to ease any ride on the emotional rollercoaster.

But don’t stop there. Do something constructive – never see yourself as a victim. Focus on what you can control.

Remember you can never change others’ behaviour, circumstances or contributory events. However, you can change your attitude and be in control of your destiny by turning a bad situation into an opportunity for you to maximise! 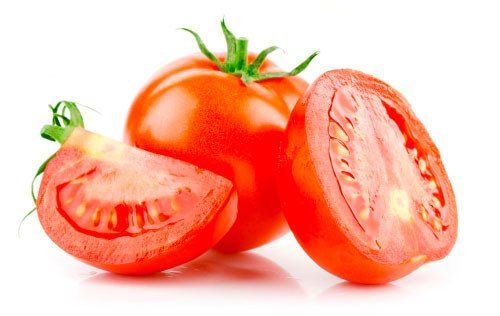 Brain Bulletin: Because That is How You See Yourself

Anna Tan
Anna Tan is a bean counter who found her calling in HR. Her journey in corporate HR has led her to pen “STRETCHED! Unleashing Your Team’s Potential by Coaching the Rubber Band Way where she likened human potential as flexible and agile as the rubber band.