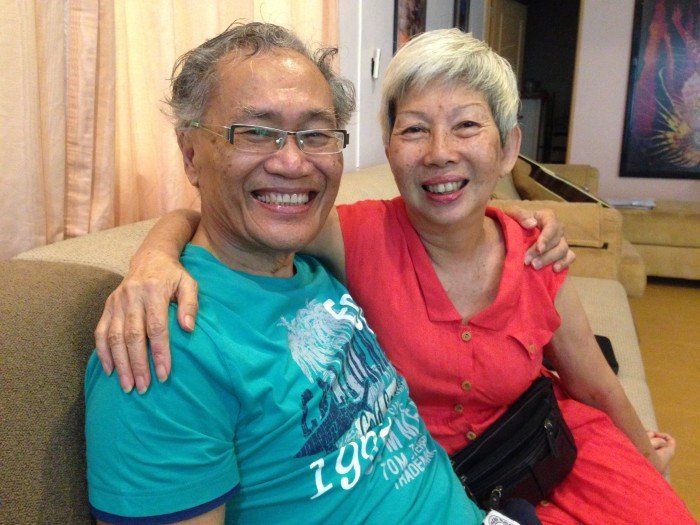 The secrets to graceful ‘ageing’

Last week, I had the opportunity to interview Professor Datuk Dr. Khairuddin Yusof, whom we in the editorial team affectionately call Prof.

An intelligent man and one of the youngest people I know, he’s very much full of life. I recall how my first time meeting him ended up with the whole team dancing and singing in his house!

Prof comes from a professional background in obstetrics and gynaecology. Apart from that, he has also done research in various subjects and has a wide corporate experience.

After having lunch and chatting to his lovely wife and brother, we got down to business and started the interview.

Prof openly shared with us about his life, his family, and even read a few excerpts from his book, Aging: A Beautiful Journey, aloud to us.

Sharing on how to prepare for a journey towards retirement, Prof mentioned that there are two sides to the potential problems that it may cause.

Looking at retirement practically, there is a hard side, in which financial issues may occur, and something we need to prepare ourselves for.

At the same time, on the personal side, there is the factor of the human body and, in his words, “the poverty of the flesh”.

Nevertheless, in Prof’s eyes, the ageing process is nonsensical – dictating that people should no longer be working or active and healthy pass a certain age is limiting, and sets boundaries to the things that we can do.

Agreeing, our editor phrased it aptly: “It’s a self-fulfilling prophecy.”

So how do we counter this “prophecy”? Also sharing his life principles with us, he spoke about how he dealt with the passing of his first wife, whom he lost to breast cancer.

“I said to myself, you know, I can’t deal with this depression this way. I’m going to deal with this by turning all the negative energy into something positive.

“So, how could I use this energy as something positive? Easy. In the 1970s, I just put on my shoes – my leather shoes! – and I ran. Five kilometers. And every day I kept on running, until the depression started to become more controllable, you know?

“And then, after that, of course, I bought new shoes,” he joked.

With having a strong belief in turning negative energy into positive energy, it was easy to see that Prof had “mastered” the term mind over matter.

Apart from emotional situations, this can also be applied to physical fitness and ability. Using it in a different context, “age is but a number”!

Unlike many people, and even some doctors, Prof ensures that his knowledge translates into action.

Bad habits such as smoking and a lack of exercise are not even considered.

With a general love for anything that gets his body going, he encourages everyone to a healthy dosage of exercise – age isn’t an excuse to him.

In his book, he writes not only about his personal ageing journey, but also shares practical health and exercise tips.

Practising what he preaches, he has participated in many activities, ranging from mountaineering, joining marathons and triathlons, cycling from Melbourne to Adelaide, and even competing in Powerman and Ironman competitions.

“Once you’re able to control your brain, then you’re off. You’ll discover a whole new boundary opened to you – a whole new boundary. If not, how do you think I can sing La traviata in Italian?” he said, reminiscing of a time in which he won a singing competition on a cruise.

After facing some negative remarks during the cruise, Prof turned it around and decided to join a singing competition. He ended up winning first place!

“Over time it really gets easier to tell your brain to stop bothering you,” he stated. 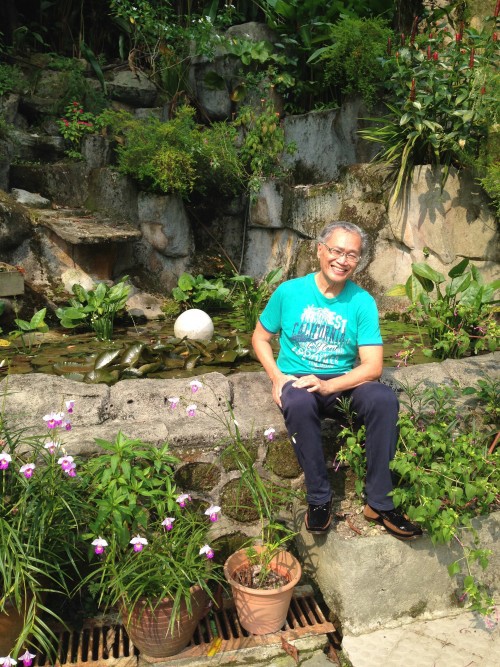 (Above: A picture of Prof outside his house)

When asked about any advice he would give to the younger people out in the world, Prof said, “The most important thing is the discovery that your brain is telling certain standards which have never been proven, or have been passed on from generation to generation, and it applies to almost anything. Like ageing, for instance – I mean, what is ageing?” he scoffed.

“The second thing which I discovered is actually negativity. There are two ways in which you can deal with it. One of course, is to use the energy. The other, is to neutralise it,” he said.

Using his present wife Datin Khairiah as an example, he mentioned how he used to get irritated over trivial things. Fighting such thoughts, he interestingly dealt with it by giving his wife the title “She Who Can Do No Wrong”.

After that, the negative thoughts toward her disappeared.

“Now when I look at her, she looks like an angel,” he smiled. Of course, we don’t doubt that she didn’t before this!

“Once you give the title like that to somebody, then you have to obey it. You cannot break the law,” he said, bringing us back to the fact that mind really is over matter.

Once we have the ability to allow our thoughts to control our emotions and actions, rather than vice versa, we can control our perspective in life – something that I personally find very important.

Writing this reminded me of a quote by Benjamin Disraeli,

“Circumstances are beyond human control, but our conduct is in our own power.”

Prof teaches us that our circumstances don’t define us, but how we view and act on it. Seeing this through his life, he did not let his age restrict him from doing the activities that he wanted to do, nor allow his late wife’s death to restrict him from moving forward with life.

Truly an inspiring man, I believe that there are many things that we can learn from Prof. As we look at the graying population in this issue, I understand more clearly how important it is that we should not let ageing dictate us, but dictate ageing instead.

Whether or not we can work or play does not rest upon a set age standard – it rests upon our own abilities and thoughts.
It is not that we cannot run a marathon at the age of 50, it is that we tell ourselves that we cannot.

At the same time, to a certain extent, we should also have an understanding of when we have to stop.

As Prof is pushing his boundaries and discovering more and more things that he can do, we wish him all the best and hope that the same can be said to us. 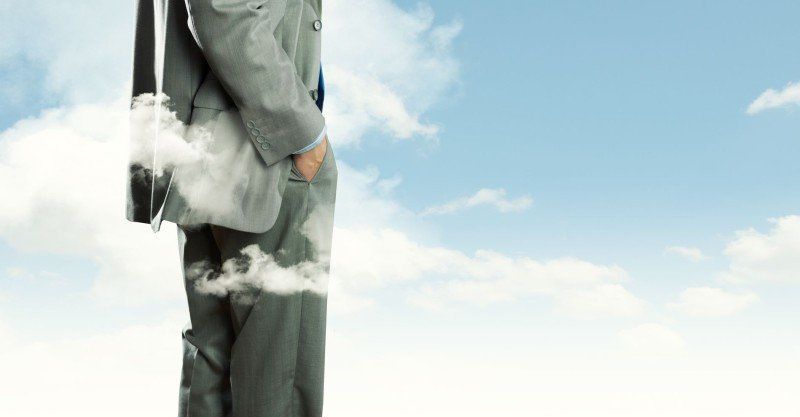 Sarah Tan
Sarah is formerly an intern with the Leaderonomics Editorial Team.