What We Can Learn From Muhammad Ali, A True Champ (A Special Tribute) 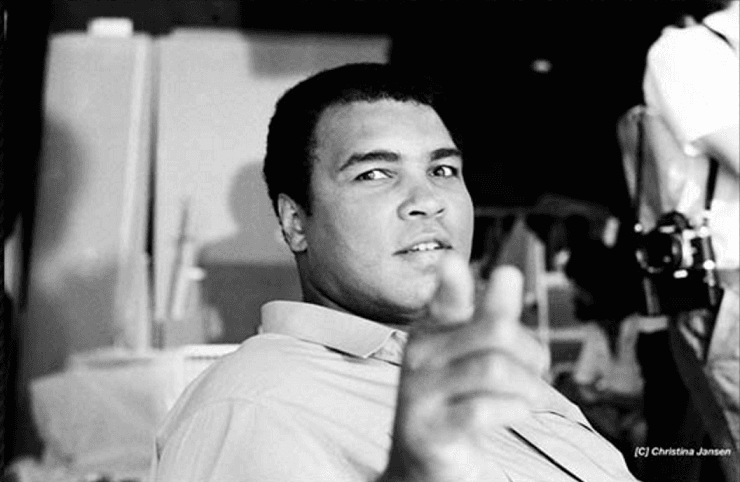 I was saddened to hear the passing of Muhammad Ali at age 74 last week (3 June). It was only in April 28 that I hosted an exclusive event to celebrate his life and work at Chelsea Football Club with professional portrait photographer Christina Jansen.

In 1986, Christina spent two weeks photographing Ali at work, rest and play and our event captured the soul of this extraordinary leader.

Having spent two weeks with Ali, Christina built a strong, trusting and lasting relationship with the champion. In her collection of portraits, it is evident that by having unlimited access to Ali, she was able to capture him at work and during his more tranquil moments.

Christina curated a special exhibition for Ali’s birthday, which coincided with the 2012 Olympics in London, showing 70 images for each year of his life. During that prestigious show, Christina was approached by Universal Pictures to be a researcher and went on to set up interviews for the documentary film I Am Ali.

It is evident that Ali possessed leadership qualities well beyond his more public life as a sportsman. In our event, we dwelt on some of his transferable lessons.

Ali managed to do what Daniel Pink discusses in A Whole New Mind, to synthesise his passion with his purpose. He quoted:

“Champions aren’t made in gyms. Champions are made from something they have deep inside them – a desire, a dream, a vision.”

A common misconception is that Ali was an extrovert, yet is thought to have a Myers-Briggs Type Indicator around the area of an INFJ (Introvert, iNtuitive, Feeling, Judging) which makes him a rare breed at under 2% of the population.

INFJs are innovative, idealistic and compassionate and Ali shares his personality type with Mahatma Ghandi, Nelson Mandela and Plato. Ali was a deep thinker who was able to articulate his feelings through language, which added to his mystique.

INFJs often have deep-seated value bases. He even went to prison for refusing to serve in the United States Armed Forces during the Vietnam War. Christina’s personal experience of the man outside of the ring is a great insight into the soul of a leader in this respect.

I’ve written here about Prince and they shared interests in spirituality, and Ali had this to say of Prince: 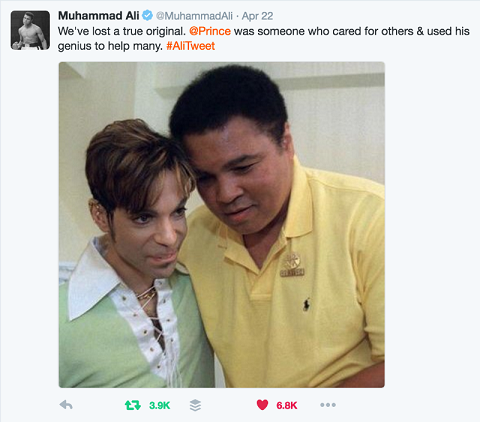 Like so many great leaders, Ali had a playful side, which came out through his poetry and in many other ways. Christina captured the lighter side of Ali during her extended stay with him and through subsequent contact with his family. 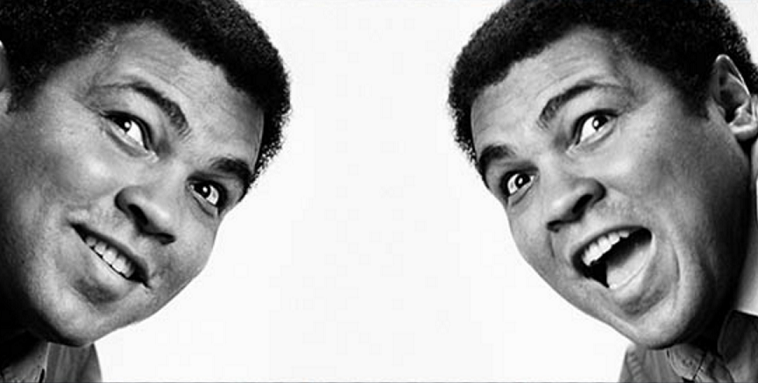 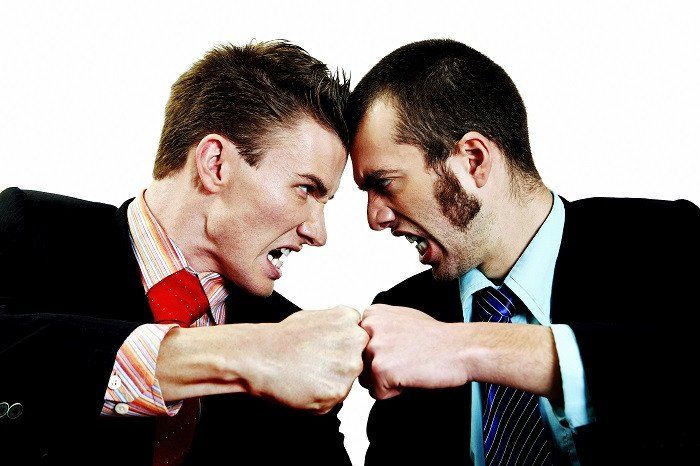