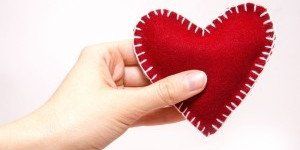 The Malaysian school system teaches you to work. We teach you how to think.

So began my adventure at the Australian International School Malaysia (AISM). I had been awarded a scholarship after SPM to study Year 11 and 12 there along with two others, and took it with the desire to explore a different education system and broaden my outlook, which I did. Consider this: my taking Visual Arts (VA) as a subject was a no-no since it clashed with Physics, but I signed up for the VA extracurricular activities.

Here there were – pardon my gushing – acrylics, Arches paper, and other materials I would only goggle at in art stores. Most importantly, there was an art teacher who willingly let me explore the room’s resources and invited me to VA classes when an artist came to speak. This magnanimity was something AISM deeply impressed upon me.

Euphoric painting aside, I was still a student, albeit one facing a gaping lack of funds for tertiary education. I was determined to do all I could to obtain a scholarship when I completed Year 12. On a whim, I contacted potential overseas universities to see what they expected my UAI to be. 99.5, said Oxford. Was it possible? Well, we can work on it, said my homeroom teacher.

Still, my initial excitement gave way to misery. Life as a scholarship student in a school that my peers paid RM100,000 a year to attend was not all rainbows and ponies, not least because I was not used to such an environment and reacted rather poorly to it. I had too many preconceptions, went in with too many expectations, and perhaps I took my responsibility as a scholar a little too seriously.

I also remained unsure on how the convoluted UAI system works, but if I recall correctly: you are either first, or nothing. I could not continue in such a cut-throat environment for long – I was not the aggressively competitive excellent-grade-churning machine many made me out to be. I applied for the Public Service Department (PSD)’s post-SPM overseas degree scholarship, and took it when they offered me, but not without regret. AISM was exceedingly kind to let me go without a bond, as they had with a previous scholar. One of my teachers thought that I would be better off elsewhere, given the circumstances, and I think he was right.

After six months at AISM, to INTEC I went with little expectations save a renewed determination to do well, since taxpayers were now funding me. It proved better than I could have imagined; the switch to the American Degree Foundation Programme (ADFP), a US-based system, enabled me to study without eating myself inside out with worry, as did the assurance of having my first degree funded, provided I maintained a reasonable level of academic was no longer something necessary to strive for, or of s self alone.

Adjusting from AISM’s relative openness to the conservative (rules-wise) environment of INTEC took time, but it was worth it. My Fall class was the best group of people I have ever shared a classroom with. I tempered studies with friendships, all-nighters with feats of foolery, and exams with long midnight conversations. And I continued to grow.

While contemplating university applications, I began to subject myself to much-needed introspection, and I decided that I wanted to go to Brown University. Never had I felt such a connection to a university; certainly not when researching Oxford, UNSW, ANU, and Harvard only because I had heard of them, because people were convinced they were good and therefore the place for everyone to go. Never mind that most of the people I talked to had never heard of Brown, or that those who did knew it from Gossip Girls or OC. Never mind that the goose bumps I got from trawling the university website were from the chilly night air and not from awe.

For now, I have apprehensions about university life, about whether the next four years will be akin to another AISM or INTEC – but I know why I want to go to Brown, and those reasons and all the ensuing responsibilities are mine alone. It is better, I think, to go into things knowingly, to be sure about the choices one makes, be it choosing a scholarship, school, hobby, or cause to further – if only because one is more likely to put one’s heart and soul into it and come out happier for it.

It is imperative not to live out societal ideals or the vicarious longings of others. I am glad the people I know and the experiences I had impressed this on me, because I might just be very miserable now had I walked someone else’s path.

To Read another great article on life after SPM, click here 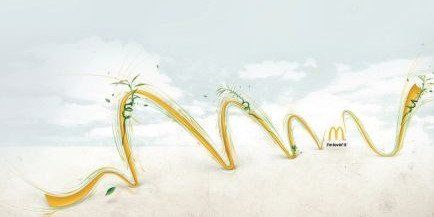 Life And Times Of A Fast-Food Revolutionary

Charis Loke
Charis Loke is a former student of King George V Secondary School and Intec UiTM. She is not quite sure what she would like to learn next – juggling, perhaps? – but will probably find out at Brown University. Her hobbies include deploring Peter Jackson’s obscenely expensive film desecration of Tolkien’s work.