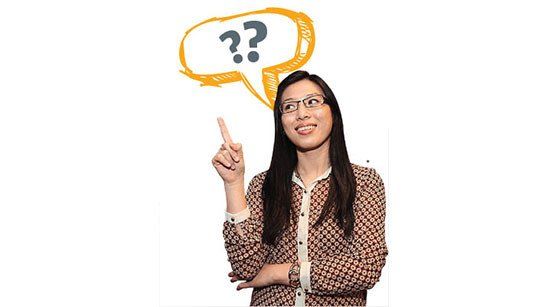 There is something about a child’s curiosity that most adults would patiently and may, in fact, secretly enjoy pleasing. We go out of our way to feed the insatiable appetite for knowledge and understanding of our little ones.

We can easily pardon young children who ask naive questions. Yet this is not the case with the older ones, and those of us who are parents can relate to this.

When a six-year-old asks the “why” question – why must I eat dinner at home, why can’t I get that toy, why can’t I go out with my friends – parents will respond to each question with patience.

But when a 16-year-old asks the same questions, the teenager isn’t innocently seeking for an answer but rather seeking to enter into a negotiation with the hope of getting a favourable response.

A place for naivety at work

When I asked myself whether there is a place for naivety at work, my initial reaction was “maybe”. But upon checking with a few friends, all three of them gave a resounding “NO, are you kidding me?” stare.

Being naive at work is akin to being gullible, foolish, ignorant and inexperienced; certainly not desirable descriptions if one is keen to build a career in the company.

From my experience and observations interacting with various kinds of characters, I am persuaded that there are individuals who deploy the art of naivety to their advantage or disadvantage, whether they do so unwittingly or purposefully.

Returning to my initial response as to why I said there might be a place for being naive at the workplace, I was being curious and wanted to explore the validity of being naive. This led me to reflect a little more on the various facets of naivety and its consequences.

Recently, I was asked by a good friend about disciplinary actions to be taken on two employees who slandered each other on their Facebook status updates. They should have known better than to belittle their colleagues in the social media space, where literally anyone online can view. Employers are wary of this sort of destructive behaviour and would not consider hiring such individuals.

Upon further checks, both perpetrators confessed their ignorance of the impact of their deeds. Both were 20-somethings, with first job experience. They didn’t know what they didn’t know. Were they naive and clueless because of their inexperience or were they plainly irresponsible?

I once had a colleague whose junior employees would approach to seek advice and guidance from because of her seniority in tenure. At times, she would be accommodating but more often her response would be “I don’t know.”

Those three words made her appear like she was incompetent, but in reality she always knew how to get things done. Instead she was not willing to offer assistance and was disinterested to help others become successful.

This, I know because she admitted it to a few of us. In short, she was uncooperative and not a team player by pretending to be ignorant and naive.

“It is well for the heart to be naive and the mind not to be.” – Anatole France

What’s your experience with individuals who profess to be knowledgeable or think that they are the smartest in the room because of their rank? I once had a manager like that and her team members gossiped about it across the office cubicles.

Everyone knew of her authoritative and uninspiring style, and she did not take feedback well. I found her amusing and annoying at the same time. Amusing because she truly believed that she was right as her methods had made her successful in her career. Annoying because any attempt to rebut her views was shot down as quickly as it was raised.

She was opinionated and self-righteous, and although at times her statements may not have been entirely accurate, no one got a chance to correct them.

Was she naive about her shortcomings or too proud to admit her deficiency?

Most of us would know of the famous speech by the late Steve Jobs: “Stay hungry. Stay foolish.” From observation, Jobs seemed hungry for unchartered territories and tried out new ideas and experiments. And we can agree that he was by no means a fool.

He used his imaginative ability to look at complicated technologies devised by others and imagined ways to make them more accessible and more fun for ordinary mortals to use.

I suppose foolishness here means that we need to be curious enough to explore other alternatives. Not all innovations come from geniuses; one just needs to be a little naive.

I was recently on a phone call with a very dear family friend. At the end of her probation, she was told that her work did not meet expectations despite the “everything is fine” feedback she had received from her manager.

Her probation was extended and she was told to improve on her deliverables. No specifics were given. She genuinely thought that her manager was giving her a second chance and would help her to improve on her work.

She didn’t read the cues in his words and actions. She truly believed in his sincerity and even thought he was giving her another opportunity to prove herself.

Three weeks later, she was informed that hiring her was a mistake because she was overqualified and that he wanted a different profile. An internal transfer was made and she was advised to look for another job.

On hindsight, if she had quizzed her manager more intensely pertaining to his expectations, she would not have had this shock. This is a very sad case of being naive or suspending judgment on others.

Naivety is definitely at our workplaces and regardless of status or personality, anyone can be naive whether intended or not. From my observations, the impact of being naive can be massive.

Imagine the reputational damage an individual can cause by disparaging the company’s strategies on Facebook or the number of innovations that are missed when senior leadership teams disregard their employees’ ideas and viewpoints.

Naivety is good when it makes us curious enough to experiment with new ideas and causes us to be open to possibilities for better prospects. These are essential behaviours to help us become more innovative and push our bar for excellence.

If naivety prevents us from becoming a team builder and we become ignorant of our actions on others, then it has no business to be at work. 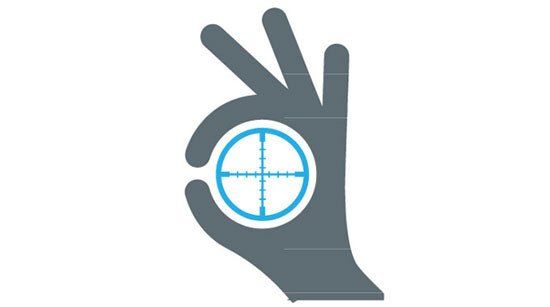