Failure Is Not The End

I used to be an outstanding student. My dad tells me that the noodle hawker back in my hometown, Alor Setar, still asks about me. He remembers my achievements that were published in the newspapers when I was nine years old. At that time, I was ambitious, determined, and hardworking. Most of all, I was happy.

In secondary school, I participated in many national competitions; I was involved in everything from debating to drama, and from first aid to representing Malaysia at the International Mathematics Olympiad in Greece. But somewhere along the way, I lost all of my eagerness to learn. I became angry and disillusioned with the school system because I felt like I was coerced to participate in competitions without knowing what benefit came from it all.

I wanted to get away from Malaysia as soon as I could. Then I learnt about the ASEAN scholarship through the newspapers. As the eldest of three siblings, I felt that I was expected to get a scholarship, so I applied. I was also attracted by the prospect of studying in Singapore, which is renowned for its quality education.

However, the ASEAN Pre-University Scholarship did not cover university tuition fees. Hence, after getting 10A1’s and 2A2’s for my SPM, I applied for the PSD medical scholarship as well. Although I was not really passionate about becoming a doctor, my experience in St. John’s Ambulance did spark some interest. Nevertheless, I was not awarded the scholarship.

Junior college was an incredibly challenging and eye-opening experience, and I am immensely grateful for the opportunity to interact with so many talented people. I got to pursue vastly different things: from camping in temperatures of -20°C during Outward Bound Korea, tutoring a partially mute girl at a community service centre, to learning how to scuba dive.

Alas, for all my achievements, I was not emotionally prepared to handle competition or failure. Although I still topped my class at the end of my first year of junior college, I kept falling into bouts of depression due to the pressure cooker environment. By the end of my second year, I was excused from all lessons. I barely passed my A-levels.

I returned to Malaysia feeling defeated and lost. From being a top student, I became the last in the entire cohort (seriously). My dreams of studying psychology at Harvard or Yale were all but shattered. For half a year, I did almost nothing other than teach a few tuition classes at home.

By June 2008, I decided that I would not continue my purposeless existence any longer. Since I could not gain admission into universities in Singapore, I looked up our local colleges. After much research, I finally found a reputable college with a course I could get into, based on my interest and very poor grades.

I am now beginning my second year at Taylor’s University after passing my first year with flying colours. I marvel at how God, family, and friends have helped me change so much. True; I am no longer on scholarship, no longer a star student, but I am fulfilled. I have the freedom to learn as much as I can and want to, not just from books and lectures, but also from discovering my talents and passions through various means. I have come to realise that the there are gross crises existing in the world today that need us, need me, to take action!

When I view life as a chance to use my God-given abilities to do something about these problems, instead of a race for never-ending achievements, I have a renewed desire to excel again. For instance, in November 2009, I published a book entitled Behind That Shiny Resume with Armour Publishing, Singapore, to share my story of hope with people, and I am glad it has been an inspiration to many.

So, do I then conclude that Malaysia has a more conducive environment for students as compared to Singapore? Not really. While studying in your own tanah air has its own comforts, I believe that the opportunity to study abroad provides many benefits. Without my experience in Singapore, I would not have realised how much I had to learn in terms of managing stress and negative emotions. In the future, I might consider doing a Master’s degree in the States. But for now, I am embracing a life of Manglish and mamak-ing with pleasure.

Thus, growing up with success as your constant companion may cause failure to become difficult to swallow. But rest assured; failure is not the end of everything. I, for one, know that I still have much to look forward to in the future. Do not always worry about your grades, for life has so much more to offer.

Jasmine Yow dreams of becoming a dancer. After acing SPM at SMJK Keat Hwa, she did her A-levels at National Junior College, Singapore, under the ASEAN scholarship in 2006. She is now majoring in journalism at Taylor’s University, Petaling Jaya. 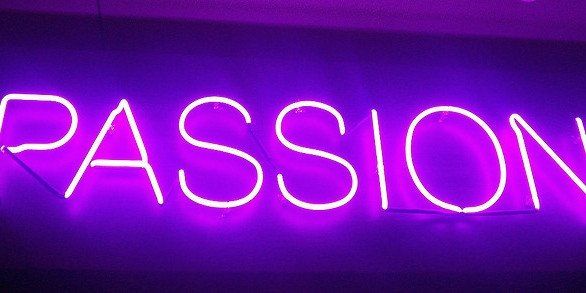 Much Ado About Film