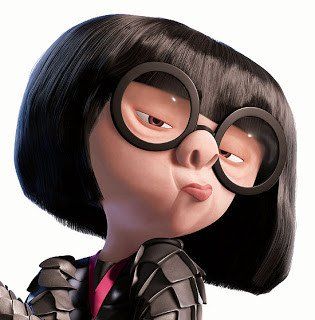 I’m no artist, my skills are amazing – as far as stick people and colouring out of the lines go. But it’s nice to be able to run some creative juices for a while; however insignificant it may be, the end product that is. The process of being creative is often the fulfilling part for most people. Can you recall any creative heroes? The first one that comes to my mind is not exactly a hero, but more like a hero’s support system. Remember Edna the chic designer for The Incredibles?

But this article wants to talk about creative everyday people – artists, singers, painters, writers, poets, etc. The latest video on YouTube titled “KL: It’s Alive”1 is one of the latest movements to pay tribute to everyday creative people who think differently, going against the norm.
My personal creative heroes would be writers, simply because I love reading. And from reading I have gained so much inspiration in living. Imagine if all heroes were just people who fight crime, save people in distress, or heroes who create world peace or make large amounts of money on Wall Street. They are heroes by their means, yet creative people; these are the people who devote their life to aesthetics and beautifying a simple life to make it more meaningful.

And I think they deserve tribute from us. They don’t have to be famous (or often dead) writers or painters, but people who embrace their creative spirit every day, continuing to create aesthetics which they believe and know, it will touch someone’s life, somehow, somewhere. For me, reading something that reflects my value may not solve my problem, but it does remind me of what my values are and often this simple awareness helps me open up to ideas that tangibly solve the problem.

Again, I would like to reiterate my point above – being creative is very much the process, not the outcome. Sure, art (however one defines it) seems to be what the epitome of creativity, but what about injecting creativity into everyday life; and turning it into a strength by embracing a creative process? It could be in the form of communication, say for example, communicating with someone who has different perspectives than you. If you both have to work together, it would be less hair-pulling to be creative in finding ways you both can collaborate rather than forcing each other into one’s own box. As a student myself, there are times where teamwork can be extremely challenging. Even simple things like sharing ideas, sometimes it’s difficult for some people to visualise what is verbalised, when that happens, I put on my amazing-stick-person drawing skills and try to illustrate my idea in a more visual format. Laughters aside, it did help carry my idea through.
We are all creative in different ways, and the first way to nurture creativity? Believe you are. Don’t believe it? Try it tomorrow, and let me know if you hit an “Eureka” moment.

Craft Slices (Of Your Life)

Evelyn Teh
Evelyn Teh comes from a background of consulting for talent management and change management. She is now in a human capital team within a major consultancy firm in Malaysia. She is a huge advocate for diversity in embracing differences rather than getting everyone to be the same kind.