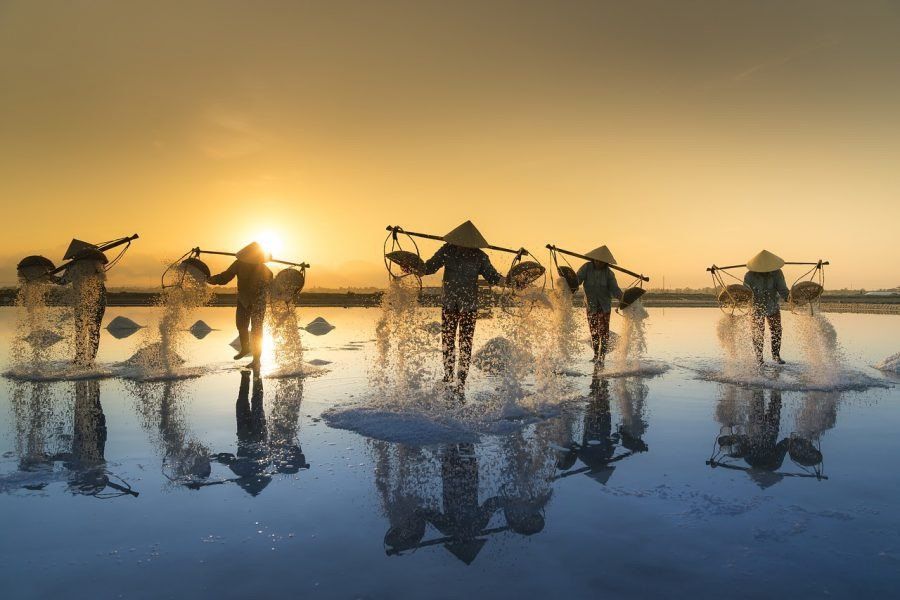 Unsung heroes work from the shadows, silent but indispensable.

It’s easy to miss the invisible engines that keep the wheels turning in the organisations where we work or the communities that we live in.
Here are the five most valuable characteristics of unsung heroes who work silently but steadily among us.

Let’s start with humility, one of the endearing but elusive traits found mostly among unsung heroes today.

Everybody loves humble leaders and supportive colleagues, but in today’s Twitter trigger-happy age – led by the United States (US) President Donald Trump, no less – most of us would prefer to be the star of the day (these writers included).

Humility is also probably what makes modest heroes, ‘unsung heroes’ to begin with. They are not likely to post their achievements on Facebook to get the most ‘Likes’ possible, simply because they perceive such acts of service and standards of excellence as part of their job.

Other times, extraordinary efforts of ordinary heroes just go unnoticed because of their status or lack thereof.

Take the lai sui muis (Cantonese) or Kongsi Women during the Independence period of Malaysia, for example.
“The lai sui who?!” one may ask.

Precisely. These humble female labourers were unheralded heroes of Malaysia’s nation-building process. Armed with nothing more than their bare hands, shoulder poles and buckets, these resilient women toiled at muddy construction sites in the 1950s and 1960s to bring us iconic buildings such as the Subang Airport, the Parliament House, Stadium Negara and more.

Humble people are also willing to acknowledge their mistakes. In fact, they are glad to learn from them. So, they continue to improve and make the organisation they work for better. Often, quietly and steadily.

Of course, there are many loud and visible leaders, who have also exercised humility when warranted.

No Malaysian can forget the video in which our Prime Minister Tun Dr Mahathir Mohamad is seen teary-eyed, explaining to a young child why he is still working at age 93 – admitting he has made mistakes in the past and acknowledging there is much to do in rebuilding this country in his final years.

There were probably many Malaysians who were moved to vote for him and the then opposition parties in the 14th General Election (GE14), which led to a sweeping change of the Government after 60 years under the previous administration.

Malaysia’s GE14 was celebrated as a triumph for democracy in Asia and a bloodless coup.

Of course, there were other macro issues such as the Goods and Services Tax (GST), rising cost of living and financial issues, but it’s amazing how a little humility can go a long way in transforming the lives of many, if not an entire nation.
Meanwhile, true humility is hard to find because, ironically, the moment you think you are humble, you no longer are.

We often hear that behind every great man, there is a great woman.

In the case of Abraham Lincoln (we’ll call him Abe thereafter), the 16th US President, there were two – his birth mother Nancy Hanks Lincoln who passed away when Abe was nine, and his stepmother Sarah Bush Lincoln.

History has shown that these two women played crucial roles during Abe’s developmental years. It enabled the unassuming, self-taught gawky lawyer from Illinois to become one of the greatest presidents of the US, remembered for his extraordinary character traits – honesty, resilience, integrity and empathy.

Sarah Bush, in particular, was said to have dressed young Abe up to ‘look more human’ when she was brought into the family’s unprivileged living conditions, according to Jeff Oppenheimer, author of That Nation Might Live: One Afternoon with Lincoln’s Stepmother.

Under Sarah’s motherly care, Abe developed a great hunger to read all the books he could get his hands on. It showed in his later years of leadership, as he communicated some of these ideals he had read before through his well-known oratory skills.

She also helped Abe develop a feminine touch as an empathetic listener. It was a ‘rare’ soft skill back in his day, especially as a political leader, which eventually served Abe well in his position as a president.

Working with his core team – who initially hated each other – he turned his political rivals into allies and earned their utmost respect for him as the commander-in-chief who listened to other people’s point of views, before he made decision for the country. 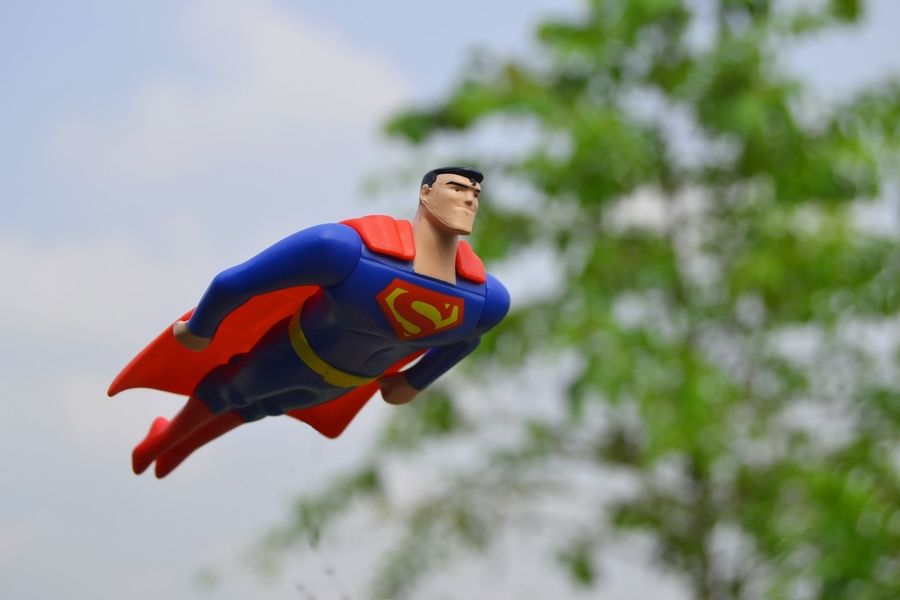 3. Committed to a cause

Unsung heroes are committed to give more than they take. They are focused on the big picture and are willing to sacrifice time and effort for the good of others, whether in the family or the organisation they work with.

The first example that comes to mind are modern-day homemakers such as my wife [in reference to writer Justin Ooi’s wife].

Despite holding a Master’s degree in biomedicine and being an award-winning writer, she gave up her career as medical writer to focus on looking after our twins when they were born three years ago.

Her ‘favourite’ question is: “Are you still working? Or just looking after the kids these days?”

As a deep introvert, she would just answer affirmatively to the latter.

Though it would be interesting to see her give a no-holds-barred answer like, “Oh, I’m not writing anymore if that’s what you mean. But I’m breaking my back round the clock looking after my two boisterous twins and husband.

“I’m just the maid who wakes up at the crack of dawn every day to prepare their breakfast. Even though I was awoken several times the night before by my boy or girl while my hubby snores on blissfully.

“I’m also the chauffeur for the kids, driving them to kindergarten and clinics, and the nanny who cleans their puke, other mess.

“I’m also the teacher who taught them how to speak, sing and recite ABC and count 123. I’m their life-coach who toilet-trained them, showed them how to ask for help without screaming their heads off and say ‘please’, ‘thank you’ and other basic courtesies.

“I’m the cook who shops for groceries, plans a varied daily menu and prepares delicious, nutritious meals for my family.

“I double up as the cleaner throughout the day – sweeping, mopping, scrubbing and doing endless piles of laundry.

“Because I have spare time left in the evening, I’m also a therapist whenever my husband comes back from a stressful day at work.

“I listen and dispense subtle advice so he thinks he comes up with most of the solutions himself. Did I also mention that I handle the household finances, juggling the bills and our budget?

“But to answer your original question, no, I’m no longer working. I’m ‘just’ a homemaker these days.”

Yup, that would be one heck of a scenario.

Looking beyond a happy home, other quiet heroes we would like to highlight are teachers, and polling agents and counting agents (PACAs) of Malaysia’s electoral system.

Sure, we celebrate Teachers’ Day once a year around the world.

Our point is that teachers do not get rewarded nor recognised nearly enough for the nurturing that they do day-in-day-out for the workforce and leaders of the next generation.

After all, they are the women and men whom we entrust to teach our children to read and write, count, think, solve problems and groom to become overall decent human beings.

Yet, we pay them salaries that are a fraction of what pop stars and professional footballers earn in a single concert or club match. (OK, fine. Some of those footballers are now doing their national duty that keep us entertained during this 2018 Fifa World Cup season.)

Our point is that teachers do not get rewarded nor recognised nearly enough for the nurturing that they do day-in-day-out for the workforce and leaders of the next generation.

Amidst the drama of GE14, PACAs or polling monitors were the ordinary heroes who played a big part all over the country to ensure there was no significant electoral fraud during the election.

These volunteers went beyond the call of duty as citizens – attending training on their own time.

Many of them rushed to vote on polling day, before dashing to another voting station for their monitoring duties. Some of them worked past 10pm on polling day to tally the votes, especially in tightly contested constituencies.

4. Courage to do the right thing

Real courage is required to follow one’s conviction. Unsung heroes take action, rise against status quo and make changes for the betterment of others.

At a backpacking trip in China five years ago covering Beijing, Chengde, Hangzhou, Suzhou and Shanghai, I [Justin] noted Mao Zedong’s ubiquitous influence was evident throughout the country.

From giant portraits in public squares, slogans plastered on government buildings, to his likeness on all banknotes – Mao’s virtues were being extolled everywhere.

Strangely, the image of Deng Xiaoping, the man who opened China to the global market is scarcely to be found. It was Deng’s economic reforms starting in 1979 that helped lift many lives out of grinding poverty among China’s massive 1.3 billion-population at the turn of the 20th century

Deng’s famous quote, “It doesn’t matter whether a cat is black or white, as long as it catches mice” epitomised his pragmatic approach to development in a post-Cultural Revolution era where any form of capitalism was akin to heresy.
Despite his shortcomings, he was a leader more interested in his fellow countrymen’s quality of life than one trying to achieve a cult-personality status.

Attention to detail and teamwork are two core traits of those who contribute behind the scenes. They work towards the team’s objective and deliver quality performance every day, whether for major projects and minor tasks.

“It is the little details that are vital. Little things make big things happen,” said legendary basketball coach John Wooden.
This brings us to retired National Basketball Association (NBA) All-Star Scottie Pippen, who doesn’t get nearly enough credit for his achievements. He played alongside the great Michael Jordan for the Chicago Bulls in the late 1980s and 90s.
Pippen was consistent and reliable, averaging about 20 points and seven rebounds per game in his prime, while playing top notch defence. 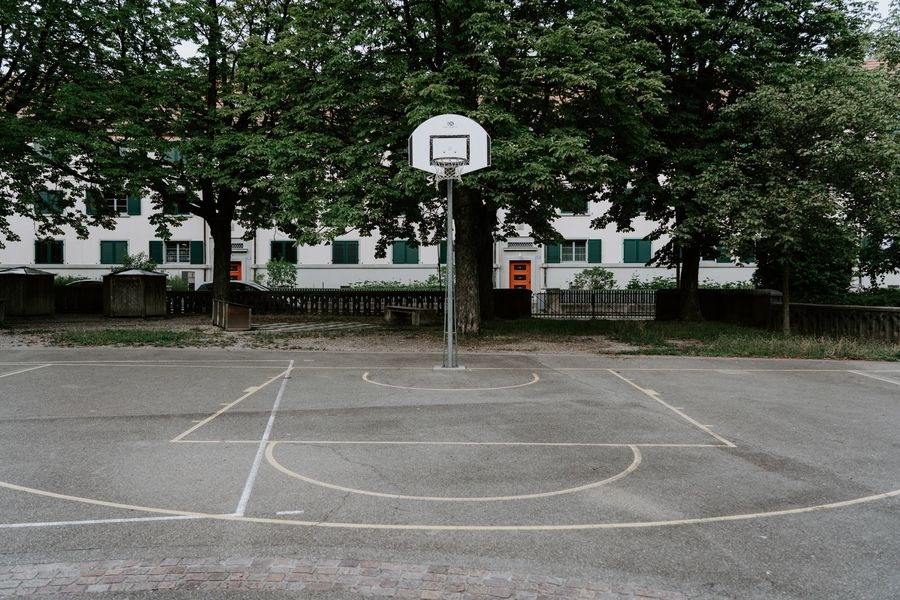 Constantly honing his all-round skills as a player, whether attacking the basket with high-flying athleticism, chasing down opposing players to block shots or improving his jump shot over the years, Pippen was Jordan’s trusty partner, both in offence and defence.

He sought to complement Jordan’s effort night after night in NBA games rather than try to outshine the superstar.
Together, this dynamic duo scored about half the team’s points in most games. This ultimately led to the Chicago Bulls winning six NBA championships, one of the most enduring dynasty in the modern era of basketball.
Concluding thoughts
So let’s ask ourselves:

Ultimately, the people who genuinely want to contribute to the team and help others, want to do better and be better, whether they receive credit or not.

In the process, they improve the lives of those around them and inspire others to achieve greater heights. 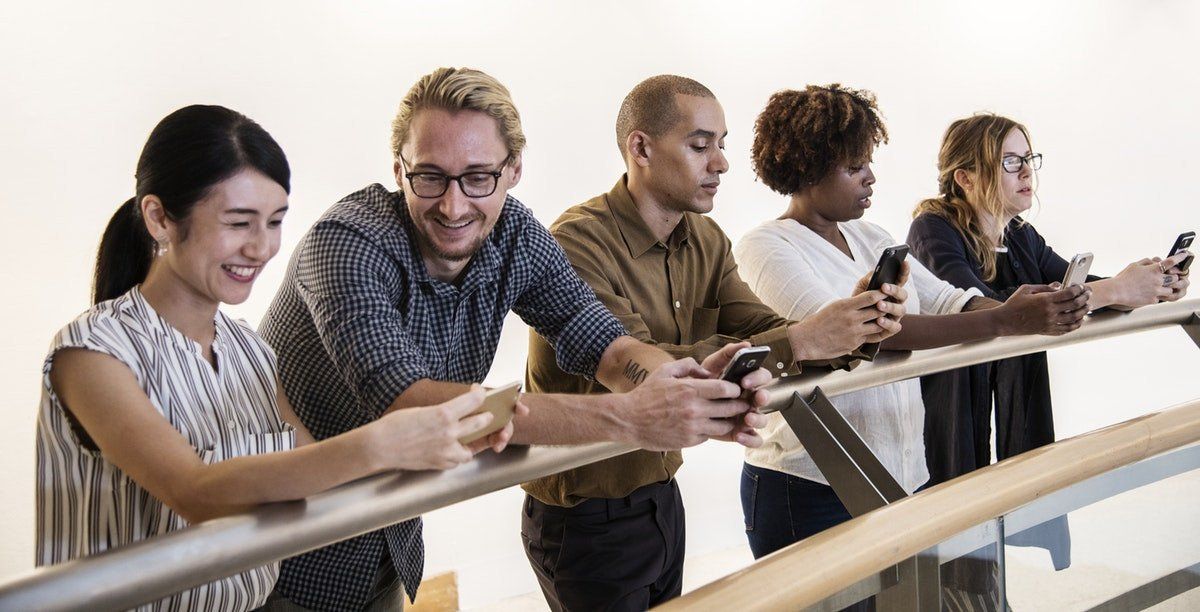 Why Hiring To Meet Your Diversity Quota Isn't Enough

Justin Ooi T.Y.
Justin Ooi TY, brand director at Go Communications, has 18 years of experience in corporate communications and marketing. His professional experience provides him with rich insights in public relations and brand-building through strategic engagement with stakeholders.