The Bigger Picture Of 360 Degree Feedback 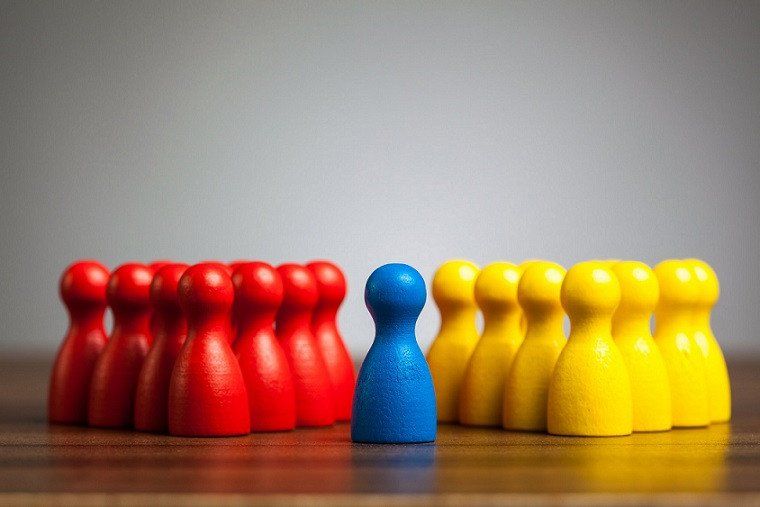 Constructive criticism should no longer be the sole responsibility of management

Moving house is reportedly the second most stressful experience after losing a loved one. For employees, coming a close third is surely the email from human resources (HR) that announces an upcoming performance review.

Evaluation and feedback are two vital components of business growth. For managers, it provides an overview of the results delivered by each employee, and for employees, they’re given the opportunity to know how they’re performing, what their strengths are and in which areas they could work to make improvements.

On the surface, providing feedback to others seems like a no-fuss, clean-cut job that serves to the benefit of all involved. If only it were so easy. In any performance review, potential problems lie in wait, ranging from an underprepared manager who’s not entirely sure how exactly evaluations are done, to issues concerning personality clashes which may – despite attempts to conduct evaluations in a professional manner – lead to subjective and misguided feedback being given.

In an ideal situation, performance reviews should help to build knowledge, increase skills and boost motivation, offering a clear plan of action for both managers and employees to work together to achieve key goals and driving the company towards its overall vision. Often, the unfortunate reality is that performance reviews are ineffective and counterproductive, amounting to little more than a waste of time.

Recalling one performance review I received, I was sat in an office kitchen with my boss who seemed to be at such a loss in knowing what to do that I ended up conducting my own evaluation on their behalf. Because I was only a few months in the job, it was explained to me that I should score a “satisfactory” across all the sections, because HR would “need to see justification of anything higher so early on” and so it would “make life easier” to tick all the middle boxes and send the form off. The performance review was literally a tickbox exercise. It provided me with nothing to go on, and my boss probably felt that they could have spent the half hour on something more worthwhile.

In recognising the pitfalls of one-on-one feedback sessions, many organisations provide employees and managers with what’s known as “360 Degree Feedback”. This method of assessment for development works by offering a more rounded assessment of someone’s professional capabilities. Rather than receiving evaluation from just one or two people (likely senior managers), employees are offered anonymous assessments from a number of people – ranging from four to 12 – including supervisors, colleagues and customers. The idea of 360 Degree Feedback is to allow each employee a taste of how they are viewed through the eyes of others, and provide them with insights into how they’re performing especially in areas that aren’t easily measured.

If we take the example of someone’s ability to use PowerPoint, the level of expertise a person has in using the programme is fairly straightforward to determine. We know when we’re looking at an impressive presentation or a sloppy effort, and it’s immediately obvious when someone lacks any ability in using the programme.

If we then take, for example, communication skills, those become much more difficult to measure and particularly so if one person is left with performing the evaluation.

How can we tell, exactly, if someone’s communication skills are lacking, let alone how their deficiency might impact overall performance? Unlike technical skills, soft skills – which are vital to business growth – can only be reliably measured if there are a number of assessments from different perspectives, spanning a period of time. This is where 360 Degree Feedback becomes very helpful.

Specifically, this type of assessment is helpful in three ways:

1. It identifies weaknesses of individual behaviours and practices, and outlines the consequential impacts they have on the business. We usually don’t notice where we’re falling short, and even with the input of one other person, there’s the possibility of negativity bias (of exaggerating our weaknesses) or positivity bias (of underplaying them).

2. It identifies a starting point for the development of new skills that are required for an employee to enhance their capabilities or more effectively complete specific tasks or goals.

3. It is better suited to measuring the progress of an employee as they work on their skills over time, as they’ll be working closely with those who have a better idea of how they perform and the impact they’re having on the success of the business.

It should be noted, and is important to recognise, that 360 Degree Feedback should be seen and used as a means of development rather than evaluation. People who rate their co-workers are more inclined to give positive ratings and reviews if they know their input will directly impact someone’s job or raise, while those receiving the feedback will be much more open to receiving constructive criticism if they are aware it won’t immediately affect their employment.

As a developmental tool – to be used in conjunction with normal feedback procedures – it is crucial that 360 Degree Feedback runs in alignment with a substantial developmental process. In some cases, managers see feedback provision as a solution in itself, rather than a means with which to assist and give guidance to both employees and managers in putting together a plan of action to take them to the next level.

In order for recipients to make any real use of constructive criticism, there needs to be an appropriate infrastructure in place to ensure progress is made, otherwise the business puts itself in danger of wasting valuable time, money and resources.

While there are pros and cons with a 360 Degree Feedback programme, as with any form of assessment, those that are the most successful are the ones which are driven by senior managers who are open to the expected benefits as well as the challenges presented. Managers can’t be expected to know the details of every interaction, influence and relationship that runs on the floor.

With that in mind, 360 Degree Feedback appears to be a useful tool within companies that actively seek to make continual improvements for the good of the business as well as individual members of the team.

As part of a well-rounded support system of feedback, the 360-degree approach may well be the ideal way to get a flavour of the bigger picture of how team members are interacting and working with each other, and how their relationships are functioning to serve the needs of the business, for better or for worse.

What exactly is 360 Degree Feedback?

Getting the best out of 360 Degree Feedback

It’s not the wisest move to simply read a book on 360 Degree Feedback before diving straight into implementation. Be sure to have a thorough understanding of the process, as well as how the practice will be executed.

For example, does it make sense to have Tom, who always sleeps in and does the minimum work required; evaluate one of the company’s star performers? Aim to ensure a clear rationale and purpose behind peer reviews. This will help save a lot of time, money and resources that might otherwise prove costly.

What are you looking for in your employees? Be specific – go beyond “passion” and “willingness to learn”. Do you need people to be more open to client engagement? Do you need tech wizards to explore growth hacking?

Is there a need for greater mental resilience, for employees to better handle the pressures of the business?

In being aware of what the aims of the peer assessment should be, you’ll be much better placed to know which questions to ask employees’ co-workers and what answers you’re looking for in the feedback.

While some questions should be geared towards measuring for cultural fit within an organisation, department managers should be allowed to implement some degree of flexibility in order to measure how well roles and duties are performed in their specific area of the business.

For example, staff from both Learning & Development and Marketing should have values that align with those of the company. However, each department will clearly have some competencies that differ from the other.

4. Get a handle on office relationships

It might be assumed that one downside to peer reviews is that they are in danger of being little more than popularity contests. However, research has suggested that most high-performing employees tend to have the most positive relationships within an organisation. Of course, peer reviews are subjective assessments, but they do allow insights by revealing those who have developed certain strengths and cultivated levels of influence within the company.

Sandy believes that the clearer the communication channels within an organisation, the greater chance there is for team members to collectively understand and, more importantly, invest in the company goals and vision. Connect with him by following him on Twitter @RealSClarke. For more Consulting Corner articles, click here.

Raise Your Game: How Leaders Can Overcome Conflict, Influence Others and Raise Performance