Are You In A New-Age Professional Nightmare? 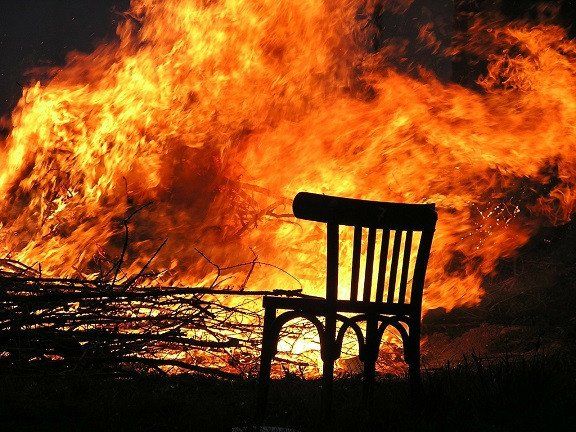 Do what you love, love what you do

Do you love what you do or are you living in new-age professional hell? This may be the seminal question of our age.

In yesterday’s world, people worked 40 hours a week and took four weeks of vacation. This question was practically moot.

If you didn’t like your job it was practically part-time anyway, the benefits were glorious, and it just wasn’t that bad.

I remember visiting the corporate headquarters of one of the world’s most successful companies at 5pm sometime in the early 80s.

There was almost no one there! You could fire a cannonball down the hall and not hit anyone.

Those days are gone. It was much easier to find meaning and satisfaction in activities outside of work when we were under a lot less pressure and worked far fewer hours. Not only did people have more time, they were not as tired.

Today’s professionals have much different experiences.

Almost all of the professionals I work with are busier today than they ever have been in their lives, working 60 to 80 hours a week.

They feel under more pressure than ever. Cell phones, tablets, and laptops tether us to our work wherever we are whether we like it or not.

Put it all together and you quickly realise – if you don’t love what you do, you are in the new-age of professional hell where you spend your days waiting for a pause in the steady flow of work so that you can take a break.

Let me tell you, that day never comes!

Making the move to loving what you do

Life is too short. It’s not worth it.

In the new world, we do not have to love everything that we do, but we need to find happiness and meaning in most of our professional work.

One of my coaching clients, Vicky, has a mind that races at about 1,000 miles an hour. She is extremely creative and entrepreneurial.

Vicky was working as a division president in a large, somewhat conservative company. The people who hired her believed that they wanted someone who would “rock the boat” and “make waves”.

Once they began to experience “waves” and “boat-rocking” though, they decided that this might not be such a great idea after all!

Although I was hired to help her fit in with the existing culture, it was just a bad match.

She was becoming frustrated with her life and was frustrating many of the executives who were running the firm.

Summing it up in one sentence, she groaned:

As her coach, my advice was simple: “Leave.”

She had beaten me to the punch, replying, “I just did!”

A place to belong

She just didn’t belong there.

When she asked herself, “Do I love what I do?” her answer was a clear:

“No, I am living in new-age professional hell!”

Vicky’s time off for reflection after leaving her job did not last long.

She is playing a key role in an entrepreneurial startup, she is on two boards of non-profits doing a lot of good things for her community, and most importantly, she is having a lot of fun.

She has successfully made the move from new-age professional hell to loving what she does.

And, you can too!

Tribute to the dean of leadership gurus

The late Dr. Warren Bennis was a founding chairman of the Leadership Institute at the University of Southern California and a visiting professor at Harvard Business School and Harvard Kennedy School.

Bennis is one of my personal heroes. In addition to being one of the greatest teachers and writers in our field, he is also a good guy.

At various stages in my career, he has taken the time to give me words of recognition, support and encouragement.

His consideration has meant a lot to me. Besides being successful and brilliant, he is thoughtful. These words don’t always go together.

Once, when he was speaking to a university audience in his presidential role, one of his friends in the room unexpectedly asked:

A long, awkward silence filled the room as he pondered the question. As a president, he searched for the right answer, but as a human, he wanted the real answer.

Finally, in a quiet voice, he replied, “I don’t know.”

That revelation plunged Bennis into deep reflection. It dramatically altered his path through life.

He had always thought he wanted to be the president of a university. It had not dawned on him that after he got there he might not actually enjoy it.

As a result, Bennis took a diversion and did what he loved, by becoming a teacher of leadership.

Marshall Goldsmith (www.MarshallGoldsmith.com) is the author of 34 books, which have sold over two million copies and have been translated into 30 languages. Drop us a line or two in the comment box below or email us at editor@leaderonomics.com. For more Thought of the Week articles, click here.

Reposted with permission and published in English daily The Star, Malaysia, 7 February 2015

Through The Eyes Of An Intern