Through The Eyes Of An Intern 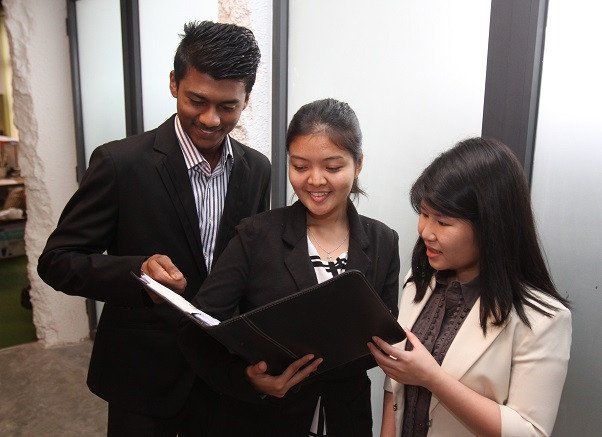 I hit the red button on the phone and gently put it down. My hands were still cold and clammy as I let out a sigh of relief. The first phone call was over and I had survived. It hadn’t been that bad after all. I was still in a semi-panic mode. It was my second day on the job as an intern at Leaderonomics, a social enterprise.

After a day of getting to know the company and the projects that I would be involved in for the next 10 weeks, my team’s manager decided that I would have to start making phone calls. I was to telephone various organisations to inform them about our upcoming project called “Do Good. Volunteer”. This is a portal that serves to link non-profit organisations with those who are willing to lend a hand.

Well, I have to say that I’m quite an introvert and speaking is really not my thing. I did not think that I was up to the challenge of making calls to “strangers”. Having said this – I gave it a shot anyway. It wasn’t easy making the first call. I hid in a small room and reluctantly punched the numbers on the dial. But hey! I did it!

After a while, the phone calls became easier and the next thing I knew, I was doing the calls without a hint of hesitation. It’s really amazing how an initial leap followed by some practice can get you out of your shell.

From that moment on, I found myself being a better advocate and speaking with more confidence and ease. I guess taking the first step is always the hardest part of embracing a challenge. Persevere, because you will find out that you gain so much out of the experience.

That is not all! Who would ever have thought that I would be given the chance to write an article for a newspaper? I am an engineering major who had just completed her first year.

“Who was going to appreciate my opinions?”

How very wrong I was. Despite never picturing myself as a writer, when my boss approached me to write an article for The Star’s career pullout, I found myself meekly agreeing to his request.

But it was a decision that I did not regret. It opened doors for me to explore the world of media and in particular the newspaper industry.

Plus, I even got to do a mini photoshoot. What was even more exciting was the fact that most articles are accompanied by a video and I had the chance to be involved in the shooting of the video for these articles. Me, a movie star in the making from my internship!

This was certainly something new to me. With microphone in hand, I went to one of the local colleges and attempted to interview passersby. It wasn’t as easy as I thought it would be. Many people shy away at the prospect of being in front of a camera. Some scuttled away hurriedly and only a few were willing to share their thoughts.

After this experience I was able to appreciate the work of those in the media team. The final video was aired for a mere two minutes. A feat that took almost a whole day to film. I was learning so much and soaking up all these new experiences.

Let me not forget about the “perks” of being an intern. Working in a dynamic, fun and outgoing company, I found myself in a very awkward situation one day. I was introduced to a fine young lady and was told that I would be interviewing her for a job.

“Just ask her a few questions and see if she’s the person for the job. Give me feedback. I am really stuck here and I need to get this thing done!” my team manager quipped.

I was paralysed with shock, but I pulled myself together as I was led into a room. For the next 10 minutes, I doubt whether I really knew what I was talking about. There were too many things going on in my mind. I was constantly worried about what questions to ask next.

I put on my “poker face” and told myself not to panic. After a while I realised that I was out of questions so I decided to bring the lady into the office to meet the rest of the staff. As she greeted some of the people, she said, “Hey! We’ve met!”

I sensed that something funny was going on and then suddenly, they produced a photo of the girl. Across the face of the picture were emblazoned the words ‘WANTED’! She was one of the company’s first employees! The next thing I remember was everyone shouting “GOTCHA!”

I found myself turning crimson red and I couldn’t stop myself from laughing. I had just been pranked! The worst of all was that in the midst of all the chaos, I hadn’t noticed the red blinking light of the camera sitting quietly in the corner of the room. My prank was also caught on video.

Besides the look of horror etched on my face, everything turned out well. We all had a few laughs and I knew it was the start of a great internship. Whilst I should have known better than to fall for an office prank. I simultaneously felt honoured to have had this happen to me.

Watch it all here in the video:

During the next few weeks, I had the opportunity to work on many projects. These included developing the mechanism for some office processes. It was really a great insight into the working world.

Developing content for the newspaper as well as being involved behind the scenes in the launch of the “Do Good Volunteer” website, gave me the opportunity to attend meetings with the ‘big bosses’. The first-time intimidation soon wore off and I even surprised myself when I spoke up during some of the meetings, and expressed my point of view. The one thing that I absolutely loved about Leaderonomics and the internship there was that no one once treated me like an intern.

I was welcomed and I was one of them. Tons and tons of opportunities were laid out before me. All I had to do was make the call on whether to take it on or shy away from it. I’m glad that I made the right choices.

My take on internship

Internships are really not what you think. It is not about photocopying documents and making coffee (I did learn how to work the photocopy machine though). Internships are much more than that.

You will gain real world experience that is not available or taught in classrooms, as well as increase your sphere of influence through networking. Of significance is the fact that you will make yourself much more employable!
In fact, a study by Gardner, Chow and Hurst, revealed that more than 90% of direct-from college hires will go to those with internship experience on their resume!

Lastly and perhaps most importantly, you will also have the chance to discover yourself and explore your interests. Although my dream has never been to work in the corporate world, the knowledge and skills that I have acquired from being an intern at Leaderonomics will surely guide me through whatever path that I choose to take in the future.

What is there to lose? Small opportunities present themselves throughout life. Keep an open mind, seize them and make the best of these situations.

You never know what you’ll get until you try. If you are young and have not experienced an internship, do apply for one today. 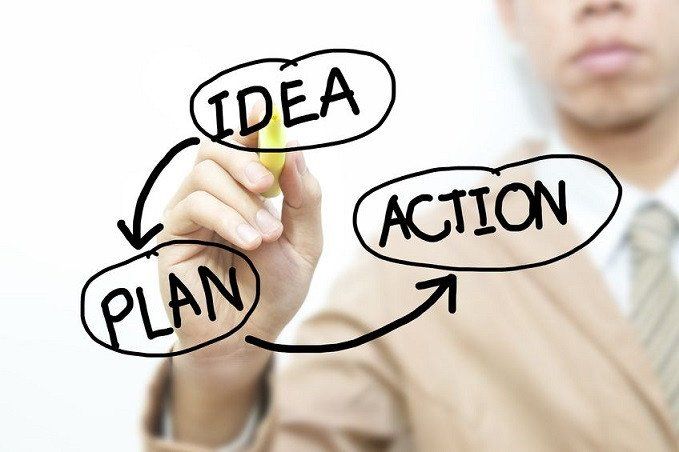 Vision And Execution Are Not Sequential