16 Ways To Create Your Own Happiness At Work 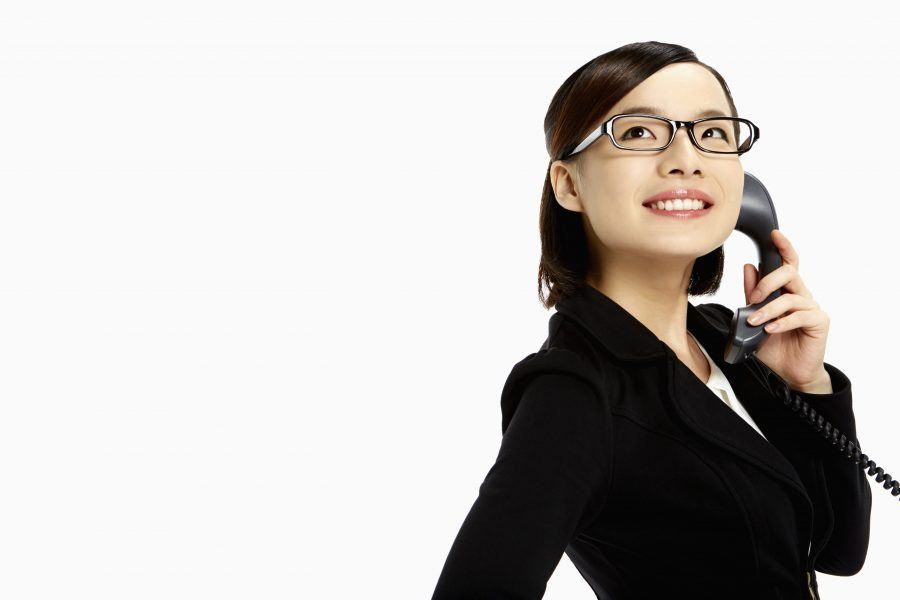 Let’s face it, happiness and work don’t usually go hand in hand. A 2013 Gallup study, which reported data from more than 180 million people, found that only 13% of us consider ourselves to be “happily engaged at work”.

Those who do rate themselves as happy are 36% more motivated, six times more energised, and twice as productive as their unhappy counterparts.

The good news is that just 50% of happiness is influenced by genetics – the rest is up to you.

A critical skill set that happy people tend to have in common is emotional intelligence (EQ). We’ve tested the EQs of more than a million people to know what makes high EQ people tick.

So, we went digging until we found 16 great ways that emotionally intelligent people create their own happiness at work.

1. Remember that you are in charge of your own happiness

You have two choices in any dead-end job: find another one or make the most of the one you have.

Either way, your happiness is up to you and no one else. Remind yourself of this anytime you’re feeling stuck.

It’s good to know how Greece’s economic troubles might affect the United States markets or that your company could merge with its largest competitor, but there’s a big difference between

understanding these larger forces and worrying about them.

Happy people are ready and informed, but they don’t allow themselves to fret over things that are beyond their pay grades.

3. Don’t compare yourself to other people

When your sense of satisfaction are derived from comparing yourself to others, you are no longer the master of your own happiness.

When you feel good about something that you’ve done, don’t allow anyone’s opinions or accomplishments to take that away from you.

That way, no matter what other people are thinking or doing, your self-worth comes from within.

Regardless of what people think of you at any particular moment, one thing is certain –you’re never as good or bad as they say you are.

Working hard is important, but never allowing yourself to take a break is detrimental to your happiness.

A study of radiologists found that they made more accurate diagnoses when they received small rewards prior to reviewing patients’ charts.

Rewards activate the pleasure pathway in your brain, even if they are self-induced. Effective rewards can be small things such as taking a walk down the hall or eating a snack.

5. Exercise during the work week

Getting your body moving for as little as 10 minutes releases GABA (gamma-amino butyric acid), a soothing neurotransmitter that also limits impulsivity.

A University of Bristol study showed that people who exercised on workdays reported improvements in time management, mood, and performance.

The benefits of exercise always outweigh the time lost in its pursuit.

Judging others and speaking poorly of them is a lot like overindulging in a decadent dessert; it feels good while you’re doing it, but afterwards, you feel guilty and sick.

When you’re tempted to speak of someone else in a way that might be negative, just ask yourself if you’d want someone saying the same about you.

Emotionally intelligent people know how important it is to live to fight another day.

In conflict, unchecked emotions make you dig your heels in and fight the kind of battle that can leave you severely damaged and unhappy for some time to come.

When you read and respond to your emotions, you’re able to choose your battles wisely and stand your ground when the time is right.

8. Stay true to yourself

Crossing moral boundaries in the name of success is a sure-fire path to unhappiness. Violating your personal standards creates feelings of regret, dissatisfaction, and demotivation.

Know when to stand your ground and express dissent when someone wants you to do something that you know you shouldn’t.

When you’re feeling confused, take some time to review your values and write them down. This will help you to locate your moral compass. 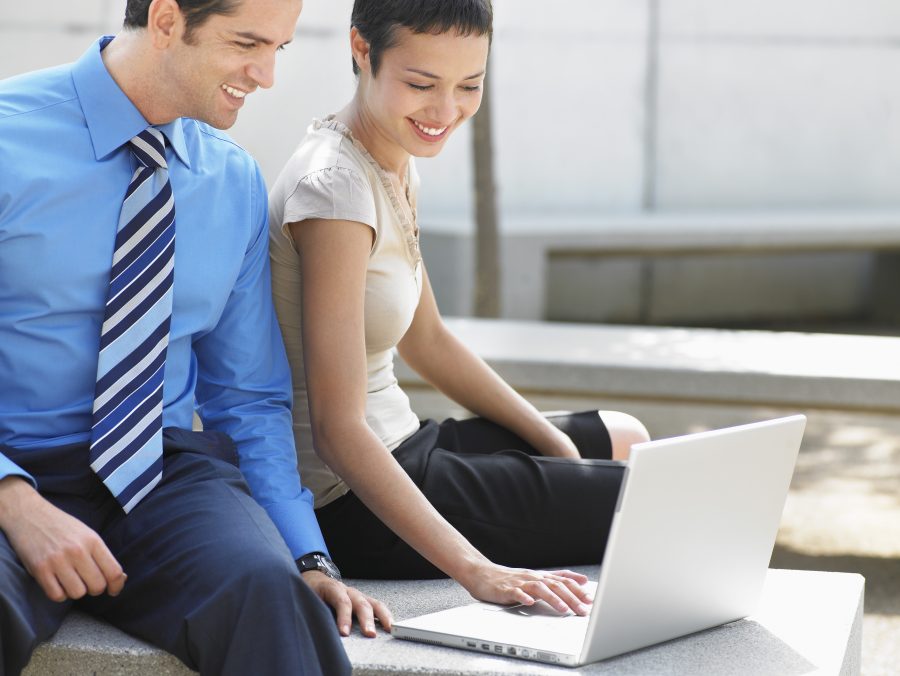 Take a good look at your workspace. You should create a space that’s soothing and uplifting.

Whether it’s a picture of your family, a plant, or an award that you’re proud of, display them prominently to keep them on your mind.

Get rid of the junk and clutter that hold no significance and do nothing positive for your mental state.

Taking the time to help your colleagues not only makes them happy, but it also makes you happy.

Helping other people gives you a surge of oxytocin, serotonin, and dopamine, all of which create good feelings.

The same study showed that people who consistently provided social support were the most likely to be happy during times of high stress.

As long as you make certain that you aren’t overcommitting yourself, helping others is sure to have a positive influence on your happiness.

A University of Chicago study of peak performance found that people who were able to reach an intense state of focus, called flow, reaped massive benefits.

Flow is the state of mind in which you find yourself completely engrossed in a project or task, and you lose awareness of the passage of time and other external distractions.

Flow is often described as an exhilarating state in which you feel euphoria and mastery simultaneously.

The result is not just happiness and productivity but also the development of new skills through a heightened state of learning.

The key to reaching flow lies in organising your tasks such that you have immediate and clear goals to pursue that play to your strengths.

As you begin working on these tasks, your focus increases along with your feelings of adequacy.

In time, you reach a flow state, in which productivity and happiness flourish.

Set clear goals each day and experiment with task order until you find the secret formula that gets you flowing.

A study at Mannheim University in Germany demonstrated that we can actually manipulate our emotions by changing our facial expressions.

One group of participants held a pen in their mouth horizontally, which forces a smile.

When asked to rate how funny a cartoon was, the participants holding pens in their mouths found the cartoons much funnier than participants without pens.

As the study shows, it doesn’t matter if your smile is genuine because your facial expression can precede the feeling.

If you find yourself in a negative spiral at work, slow down and smile or watch a funny video on YouTube. This mood boost can turn your day around.

13. Stay away from negative people

Complainers and negative people are bad news because they wallow in their problems and fail to focus on solutions.

People often feel pressured to listen to complainers because they don’t want to be seen as callous or rude, but there’s a fine line between lending a sympathetic ear and getting sucked into their

You can avoid getting drawn in only by setting limits and distancing yourself when necessary.

Think of it this way: If a person were smoking, would you sit there all afternoon inhaling the second-hand smoke? You’d distance yourself, and you should do the same with negative people.

A great way to set limits is to ask them how they intend to fix their problems. The complainer will then either quiet down or redirect the conversation in a productive direction.

When you take yourself too seriously at work, your happiness and performance suffer. Don’t be afraid to show a little vulnerability.

Something as simple as laughing at yourself draws people to you because it shows them that you’re humble and grounded (it also keeps them from laughing behind your back).

Happy people balance their self-confidence with a good sense of humour and humility.

15. Cultivate an attitude of gratitude

It’s all too easy to get caught up in things that could have been different or didn’t turn out the way you wanted them to.

Sometimes the best way to pull your mind away from negativity is to step back and contemplate what you’re grateful for.

Taking time to reflect on the good in your life improves your mood because it reduces the stress hormone, cortisol, by 23%.

Research conducted at the University of California found that people who worked daily to cultivate an attitude of gratitude experienced improved mood, energy, and physical wellbeing.

16. Believe the best is yet to come

Don’t just tell yourself that the best is yet to come – believe it.

Having a positive, optimistic outlook on the future doesn’t just make you happier; it also improves your performance by increasing your sense of self-efficacy.

The mind has a tendency to magnify past pleasures to such a great degree that the present pales in comparison.

This phenomenon can make you lose faith in the power of the future to outdo what you’ve already experienced. Don’t be fooled.

Believe in the great things the future has in store.

Applying these strategies won’t just improve your happiness at work; most of them will also improve your emotional intelligence.

Pick those that resonate with you and have fun with them!

Dr Travis Bradberry is the award-winning co-author of the #1 bestselling book, Emotional Intelligence 2.0 , and the cofounder of TalentSmart, the world’s leading provider of emotional intelligence tests and training, serving more than 75% of Fortune 500 companies. His bestselling books have been translated into 25 languages and are available in more than 150 countries. Dr. Bradberry has written for, or been covered by, Newsweek, BusinessWeek, Fortune, Forbes, Fast Company, Inc., USA Today, The Wall Street Journal, The Washington Post, and The Harvard Business Review. Email editor@leaderonomics.com to get in touch!

Is there a colleague who is feeling low due to unmet personal and professional expectations? Here are 10 things you can do to cheer him/her up. Check out this infographic:

Infographic: Top 10 Ways To Prepare Yourself For A Great Day At Work 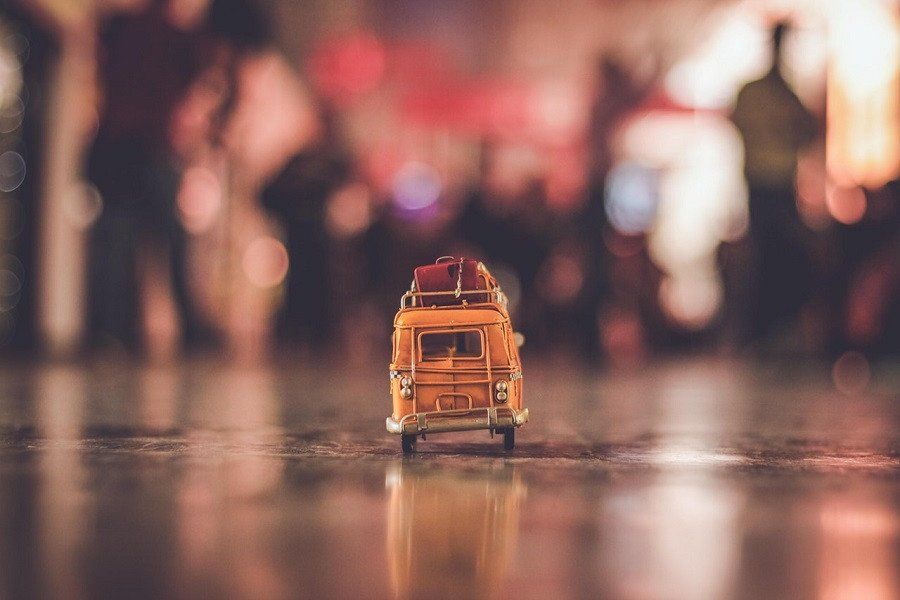 What We Can Learn From The Downfall Of Toys ‘R’ Us