Triggers That Enable You To Become A Great Leader 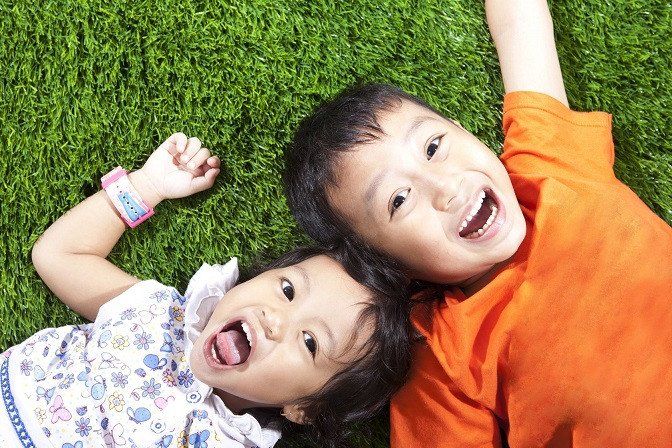 It Only Takes A Spark, To Get A Fire Going…

In 2008, I frequently visited the former home of our first Prime Minister, Tunku Abdul Rahman Putra Al-Haj at Bukit Tunku, Kuala Lumpur. The property was owned by the Star Media Group then, and many interesting discussions took place there.

I specifically remember the morning of Dec 6, 2008, as I walked through the estate, and was reminded that it was exactly 18 years since Tunku passed on.

I remember thinking about other great leaders like Mahatma Gandhi, Nelson Mandela and even business leaders like Jack Welch and Howard Schultz and started wondering when and what triggered their leadership success.

Where does leadership begin?

Almost every leader I have met and researched started their leadership journey early in their lives. Sir Richard Branson’s mother kickstarted his journey at the age of five by leaving him a few kilometres away from home and instructing him to find his own way back.

Welch’s mother played a huge role in his early leadership development. Even Tunku had his first leadership lessons sowed in his childhood.

A 2005 DDI study by a human resource research company found that 90% of chief executives and board-level directors had at least two leadership roles such as head student, prefect or sports captain in their school years.

An Institute of Leadership Management (ILM) study concluded that many future leaders marked themselves out from an early age through early leadership practice.

“this study shows that people learn leadership at a very early age. Activities, such as Scouts, Guides or playing on a school team actually furnish young people with skills like team ethos, ambition, goal setting and other qualities we associate with good leadership.”

The poll concluded that holding a position of responsibility at school was the most important indicator of a good future leader – and that academic qualification was overrated.

We can all agree that leadership lessons learnt during childhood help sow the first seeds of leadership ambition in every leader. Yet, what are the triggers of leadership?

There is still a lot to learn and explore on early childhood leadership development, but researchers like Angela Duckworth, David Levin and Dominic Randolph have started to postulate that a lot of successful leaders are where they are today because of how they developed their “character”.

Most of us will agree that developing a person’s leadership character, which includes their values, is critical. Yet, that cannot be the only reason for success.

We all know of many young adults with impeccable character traits, yet are unlikely to scale the heights of leadership greatness.

In fact, an insightful book entitled How Children Succeed by Paul Tough prescribes seven “performance” character values that are essential for success.

According to Tough, the two most important reasons why children succeed is because of the ability to develop grit and curiosity early on in their lives.

As we explore many business leaders, we do find that almost all of them developed a deep sense of curiosity early on in their childhood.

Most great leaders also developed a deep sense of perseverance early on in life. They were able to withstand pain to obtain their goals. In fact, in many cases, in spite of having no rewards, their conscientiousness shone.

Clearly, these performance character traits, when coupled with moral character, provide a powerful early trigger in the development of leadership.

Yet, there is one other element I believe that completes the trinity of early leadership triggers. This is an area that is a critical part of leadership – vision.

The trigger that creates the spark

Vision. Every great leader has a clear vision of change – being able to take their followers to a new place.

Many books have been written about how to develop vision but in most cases, the vision which they paint that energises their followers is something that does not come overnight to a leader but is something that is developed over a period of time.

Gandhi’s experiences in South Africa of being treated horribly set the tone for his vision for a free India. Schultz’s experience watching his father being mistreated by his employer enabled him to develop the vision for Starbucks.

You will find the same story for almost every entrepreneur and leader.

Their early experiences, especially the unpleasant ones, helped them develop a vision of change.

So, how do we learn to develop a vision?

Most leaders start their vision process when they endure specific “crucible” moments in their lives which leave them frustrated and searching for “answers” to their questions.

As they go around searching for answers, they usually spend some time alone or in solitude. During this time of solitude, their “vision” for their organisation is realised.

Steve Jobs spent a few years in India prior to starting Apple.

Likewise, leaders like Gandhi (and even “bad” leaders such as Adolf Hitler) spent time in solitude as they formed their vision.

Moral character is key too

Hilter learnt grit, self-control and curiosity. More importantly, he spent time in solitude (prison) and developed a clear vision for his nation.

Yet, the fact that he had no moral compass to guide him due to his lack of development of moral character resulted with Hitler being the example of bad leadership at its worst.

Just as it takes a village to raise a child, it takes a community to build a leader. Leadership begins at an early age.

Parents and teachers play a critical role in helping to instil not just moral character, but also reinforcing and enabling performance character to be developed early in life.

A great fact to remember is that 95% of who we are today is learnt. This means that regardless of age, who we are now can be changed.

We know for a fact that we can still keep growing with regards to our brain and leadership. This means that if we focus on developing our moral and performance character, we stand a shot at accumulating our experiences to develop vision.

Our vision for a better tomorrow will be the spark that triggers your leadership into action.

So, whether you are a parent, teacher or a corporate leader, you need to be involved in either the process of triggering sparks of change or enabling a young person to learn leadership.

Tiger Woods, Welch and Branson were sown the seeds of greatness by their parents. Helen Keller benefited from her teachers who helped develop her leadership.

Take time to “be a leader” or help others to fulfil their potential to be the leader they were meant to be.

What To Do During A Job Interview