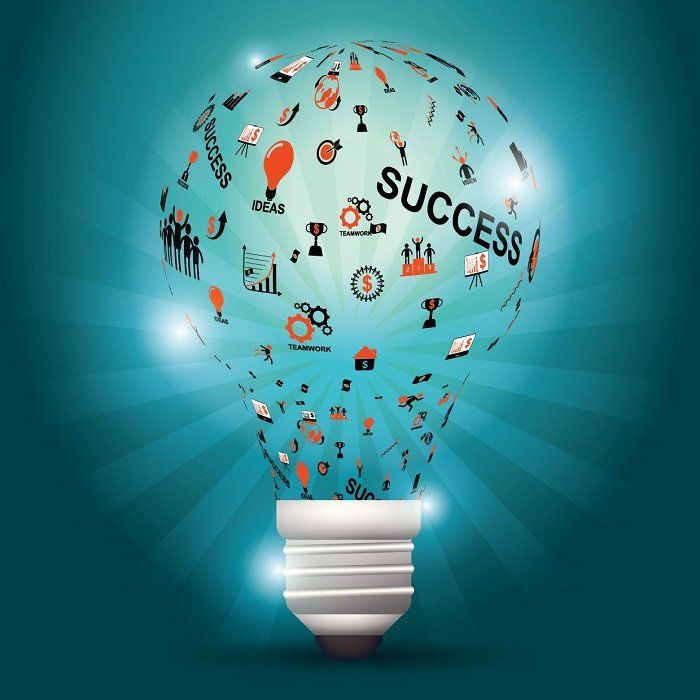 HEAR the name Thomas Edison, and you think “light bulb”.

What many do not realise is that Edison did not create the first light bulb (it was invented by English chemist Humphry Davy in 1809), but invented the first commercially practical incandescent light bulb.

What Edison did do was improve on Davy’s (as well others’ subsequent attempts) work and eventually, in 1878, discovered a carbon filament that could burn for up to 14 hours.

Edison’s success with the light bulb was but one of his many great innovations that revolutionised the world. His forward-thinking discoveries shook up numerous old industries and created almost as many new ones. Dubbed as a market disruptor in his time, the prolific American inventor holds over 1,000 patents in the United States alone.

What set Edison apart from his counterparts were not only his ingenuity, but also his gumption and perseverance. Many of Edison’s successes were achieved through imagination, patience and hard work. One of his famous quotes was, “Genius is 1% inspiration and 99% perspiration”.

Thomas Alva Edison was born on Feb 11, 1847 in Milan, Ohio and was the youngest of seven children. When he was seven, the family moved to Michigan, where he spent the rest of his childhood. “Al”, as he was called as a boy, was a poor student with little formal education. Even so, Al was inquisitive and loved to read, experiment and find out things for himself.

Edison lost almost all of his hearing when he was 12. This impairment did not discourage him as he treated it as an asset since it helped him concentrate better on his research and experiments.

Edison worked at an early age of 13, as many boys did at that time. He sold fruits, snacks and newspapers on the local train. At 16, he roamed the country as a telegrapher operator, using Morse Code to send messages over the telegraph. The second half of the 19th century was a milestone in the communication revolution, igniting a curiosity in Edison, where he decided to invent things himself.

INVENTING HIS OWN FUTURE

In 1868, Edison received a patent for his first invention on the electric vote recorder, a device meant for legislative bodies to speed up the voting process. However, it was deemed inefficient and was sent to the political graveyard.

The following year, Edison moved to New York City and got his big break when he improved the way the stock ticker machine worked. His improvisation allowed the machine to receive up-to-date stock price information from the stock exchange and displayed it at various locations.

The Gold and Stock Telegraph Company paid him US$40,000 for it, which Edison used to set up a small laboratory in Newark, New Jersey in 1871.

In 1874, after numerous attempts, Edison struck gold when he managed to greatly improve the telegraph. Hired by Western Union, he invented the quadruplex telegraph that could send up to four messages at once, two in each direction.

THE AGE OF EDISON

In 1876, Edison moved his work and family to Menlo Park and established a new facility with all the equipment necessary to work on any invention. This first-of-its-kind laboratory was often considered one of his greatest inventions and Edison was nicknamed the “Wizard of Menlo Park” as it was here that he changed the world, creating some of his greatest works.

In 1877, Edison invented the tin foil phonograph, the first machine that could record and reproduce sound. The phonograph played cylinders, rather than discs, and had two needles; one for recording and one for playback.

Edison’s first recorded words to himself were “Mary had a little lamb”. The phonograph brought the 30-year-old fame as he toured the country for demonstrations, including a visit to the White House to demonstrate the fascinating contraption to then President, Rutherford Hayes.

Following that, Edison did not slow down as he undertook his next greatest challenge; the development of a practical, electrical light. By then, the concept of electrical lighting was not new as several inventors and innovators alike have been working on it. However, there was nothing available that was practical for home use.

After about one and a half years of work, failing over 2,000 times, Edison finally perfected the concept of the incandescent light bulb, using a filament of carbonised sewing thread. His first public demonstration was in December 1879, when the Menlo Park laboratory complex was electrically lighted.

Within the next few years, Edison further developed the electric industry and even designed a system of power plants to provide light and power to households in a practical, safe and economical way.

Edison also envisioned a device that “does for the eye what the phonograph does for the ear”, and this was to become motion pictures. In 1891, he did just that, with the kinetoscope that made it possible to capture, reproduce and project moving pictures.

Edison always had an interest in automobiles and owned a number of them that were powered by gasoline, electricity and steam.

In the late 1890s, Edison embarked on a difficult project of developing an alkaline battery, which only came into fruition after about ten years.

Edison’s career was not without hiccups and hitches. Many of his inventions may have been useful, even up until today, but may not have been as popular or life-changing as some of his more famous discoveries.

Edison was the man behind the ancestor of the tattoo gun; the pneumatic stencil pen. He was also the mastermind behind the electric power metre (in his quest to revolutionise the electric system), the method of fruit preservation (while working with vacuum tubes in the development of the incandescent light bulb), the talking doll (placing a mini phonograph inside a doll’s chest), the carbon microphone used in telephones as well as concrete homes. In many ways, some of his ideas suffered the same problem; it was ahead of its time.

HOW EDISON TRANSFORMED THE WORLD

No doubt, Edison’s phonograph and motion pictures paved the way for the multibillion-dollar industry it is today. Prior to these, the only things used for recording history were the written word and paintings (or fixed images with the camera).

Edison allowed sights and sounds to be recorded, preserved and replayed. People no longer need to travel long distances for a show or concert. In addition, the subsequent introduction of records, discs and tapes allowed audiences around the world to enjoy entertainment, be it music or movies.

Let there be light

Edison’s incandescent light bulb was a giant leap forward for mankind, giving birth to the electric age. People suddenly had light available 24 hours a day and their activities were no longer dictated by the rising and setting of the sun. It also revolutionised the commercial and industrial sectors, with businesses all over being able to dramatically improve production with extended working hours.

A master of marketing

Edison invented an improved electrical storage battery, which he spent many years and money on. It turned out to be worth it, as this became Edison’s most profitable product, which was widely used to power electric cars and even submarines. The comeback of electric cars in the 21st century would not even be possible without Edison’s attempts in the first place.

A master of marketing

While Edison was arguable one of the best inventors ever lived, many of his principles and virtues prove to be profound marketing wisdom. Some of his famous sayings include “I have not failed (but) found 10,000 ways that won’t work”, “I never did (nor invented) anything by accident; they came by work”, and “Anything that won’t sell, I don’t want to invent; its sale is proof of utility, its utility is success”.

All these are testaments to his work ethic that promotes determination, passion, business acumen and good old hard work.

Edison was a true market disruptor although he may not have intended to be one. He was not afraid to think big and change the basic paradigms of industries. Many of his disruptive technologies were results of his entrepreneurial drive to bring new entities into the market for a profit. After all, Edison said it right; “I invent, so I can make money and keep on inventing”.