WHAT’S IT REALLY ABOUT

As I have ventured into conversations with a variety of people over the past weeks on the topic of toxic workplaces, it quickly became apparent to me by the frequently puzzled faces that gazed back at me, most are not familiar with the word “toxic” in relation to the climate of a workplace.

In fact, it became obvious that the image which comes to mind for many when they hear the phrase “toxic work place” is one of open vats of chemicals with poisonous vapours rising above them and employees labouring over or around them.

Although that image is also reflective of the atmosphere of a toxic workplace, linking that mental picture to the atmosphere that occurs in your place of work may not be a natural connection.

Sadly, however, it has become a harsh reality for increasing numbers of people over the past few years.

Toxicity in the workplace is much more common than is realised. It can exist on an isolated basis between individuals, within a team in a department, vary from team to team in places where there are large numbers of employees within that kind of hierarchical structure, or it can be widespread throughout an organisation.

There are toxic leaders, toxic managers, and toxic organisations (the later so labeled due to a pervasive toxic culture).

Moving back to those initial conversations, once we started to talk about what kinds of behaviours are seen in these types of environments, invariably everyone I spoke to knew someone who had been impacted or touched by a toxic workplace: a friend, colleague, spouse, partner, sister, mother, brother or father.

The purpose of this article is to provide you with some concrete, helpful information through a simple question and answer format that will inform, and assist you in identifying a toxic workplace.

What types of behaviours create a toxic workplace?

The most common one seen is that of bullying among employees. We’ve all heard of the unfortunate stories of this happening in schools and seen and heard of the negative impact it has had on our children.

Unfortunately it can and does also happen in the workplace: in the form of gossiping, the deliberate exclusion of people from their team, the office, and /or departmental network by peers or colleagues.

What are the behaviors displayed by a toxic leader/manager?

A toxic leader is one who typically thrives on controlling their surroundings, inclusive of the people that work for and with them. They tend to micro-manage all aspects of work within their locus of control, display a lack of trust and confidence in the abilities of others, fail to recognise the work of their subordinates, take credit for the work of their subordinates, and use disrespectful communication styles.

In some instances there can be an abuse of power as evidenced by the story shared with me by one individual whose supervisor ruled through fear.

This supervisor constantly set them up to fail by refusing to supply them with the resources they needed to do their work, attempting to discredit them at meetings by making snide comments covered up as jokes, the use of obviously disrespectful body language, making flippant comments about them to other leaders behind their back, and recruiting another person within their own department to replace them while they were still in their position.

When confronted with their actions, these types of leaders tend to display emotionally insensitive attitudes accompanied by a lack of insight into their behaviour ranging from denial and/or attempts to cover them up.

What is a toxic organisation?

This is an organisation in which toxic leaders and toxic managers are commonplace, they exist from the CEO level down to the frontline supervisors.

In this type of organisation rather than being terminated from their position the leader’s behaviour is ignored and may even be rewarded.

The work environment experienced by the employees is one of intense pressure, unrealistic demands, and ruthlessness.

Consequences to the organisation are significant as these high levels of employee stress lead to increased sick time, increased numbers of stress leave, and decreased employee engagement as people’s commitment to their work falters under the pressure.

Ultimately there in an increase in employee turnover as the negative emotions displayed by the leaders infiltrate at all levels.

Peter J. Frost, a leading authority on toxic work emotions in the workplace said it so eloquently:

“Emotions tend to be contagious, toxic ones leak out into the workplace affecting more than just the person afflicted. It can poison a team, a workplace, an organisation.”

What role does a leader play in the creation of a toxic work environment?

Max De Pree, strong and longtime proponent of Servant Leadership defines leadership as art “liberating people to do what is required of them in the most effective and humane way possible.”

He goes on to say: “the first responsibility of a leader is to define reality. The last is to say thank you. In between the two, the leader must become a servant and a debtor”, he goes on to add “leaders don’t inflict pain; they bear pain.”

Wow, that’s a pretty tall order in the complex, turbulent, and often chaotic workplace of today! Especially when some of the actions required of a leader have the inherent potential to cause toxicity for employees.

For example, the implementation of policies such as absenteeism programmes, those governing the use of social media in the workplace, and others which may be perceived as “thou shall not edicts” by the staff.

As leaders we are accountable and responsible for dealing with controversial issues as they arise but are often torn between the need to do what is expected of you by a number of sources such as the organisation, constraints of Collective Agreements, and the people who you are charged to lead. An acceptable solution to one person may be considered an unpalatable option to another.

One leader’s story is that of receiving a complaint lodged by an employee via the Human Resources (HR) department.

The complainant was working within an area where there was a large group of people from an ethnic community who spoke to each other in their own language at all times; using English only when addressed in it by an English speaking person.

The complainant who did not speak their language felt excluded and isolated and discriminated against. The leader was informed by the HR department that they must instruct all staff to speak only English while they were working (they were free to use whatever language they wished on their breaks).

Here are some specific skills that a leader can cultivate and use on a daily basis in their interactions with others to ensure that they are creating and maintaining a positive, supportive environment for others:

– Notice when someone is in distress or pain; read their cues and those of the people that surround them.

– Be aware of the potential effects of the distress. How will it spread to others? What damage can it do if not attended to?

– Empathise with them and show them that you care.

Meet your leadership responsibilities by staying the course, being accountable while dealing with the issue at hand, and interacting with everyone in the most humane way possible.

Marilynn Kendall is a certified executive coach whose focus is on supporting individuals in the development of their leadership skills. Her business, Endless Possibilities Executive Coaching and Consulting is located in the Vancouver area of British Columbia, Canada. Click here for more articles. 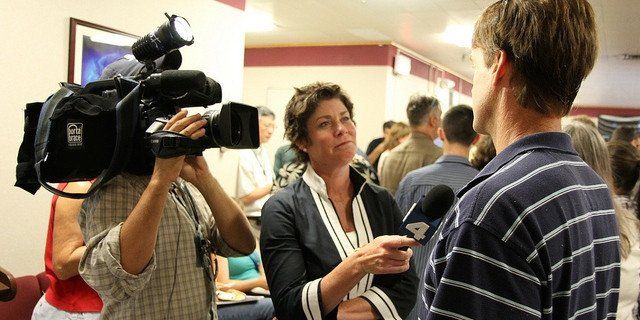