The Art of Effective and Ethical Leadership 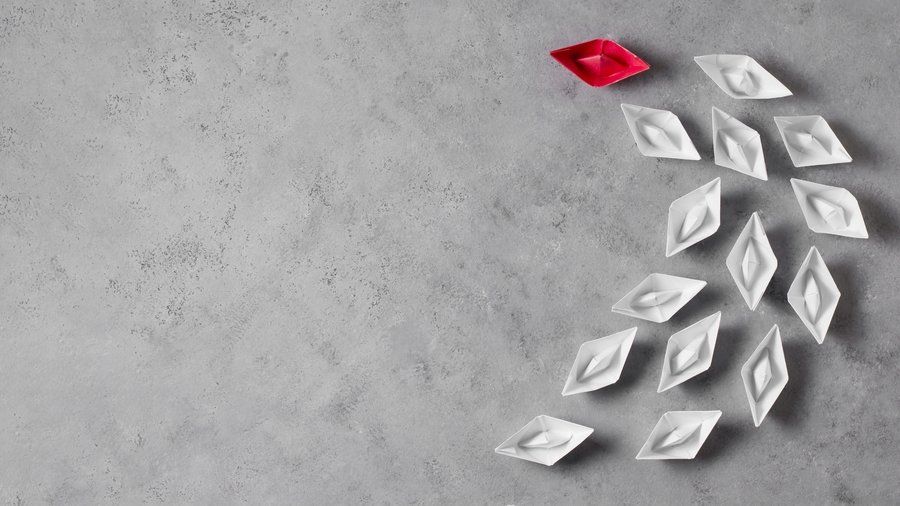 Leaders need followers. The bond between leaders and led ranges from the virtual relationship between social media influencers and followers to the authoritarian impact of toxic leaders[i], dictators and cult leaders.

There are two underlying styles of leadership, arising from evolutionary social development– dominance and prestige[1] – each has “contrasting expressions, functions, histories, and neural and developmental pathways” [2]. The styles are defined by the ways they deploy the five foundations of power.[ii] Leadership effectiveness depends on choosing a style that is contextually appropriate.

Two imperatives favour dominance over prestige leadership: the need to achieve scale; and the desire for continuity of bloodline. The founders of the Chinese Han and Ming dynasties and Napoleon all began as prestige leaders. Yet by the end of their histories, they had adopted dominance leadership.

Dominant and prestige leadership techniques are optimized by recognizing the importance of context. Effective leaders do not rely on a single style and recognize that different contexts demand different styles of leadership illustrated in Figure.1. 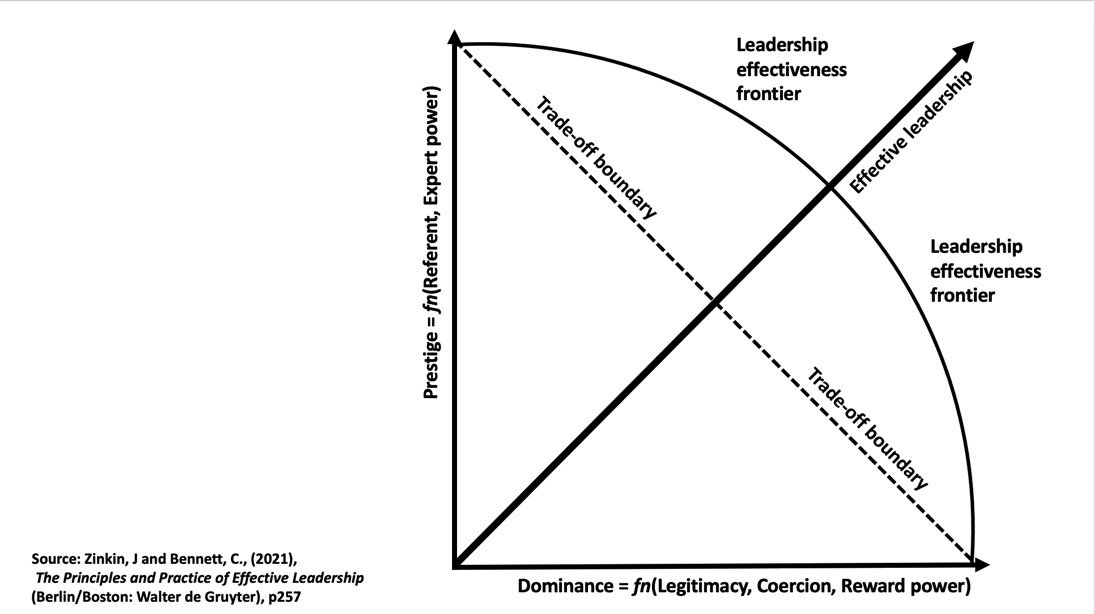 Figure.1: The Principles and Practice of Effective Leadership

In Figure 1, the vertical vector shows prestige leadership is a function of referent and expert power and tends to build over time. The further from the origin, the greater the power.

The horizontal vector shows how, over time, the effectiveness of dominant leadership increases with increasing legitimacy, coercion, and reward power. Legitimacy comes first, it allows individuals to use coercive power to achieve their goals, and deploy reward power. The further from the origin, the greater the dominance.

The dotted line represents the “trade-off boundary” that arises when prestige and dominant leadership are regarded as a binary choice.

The “effective leadership” vector recognises leadership as a “both and” activity. Effective leaders adopt contextually appropriate styles, allowing them to achieve superior outcomes beyond the “trade-off boundary” up to the “leadership effectiveness frontier”.

It seems to us, that there are generally accepted moral laws, regardless of culture, described by C.S. Lewis.[8] No leader, in our experience, says with pride, “I am a thief” or “I am corrupt” or “I damaged the environment”. They propose specious justifications; “If I didn’t do it, someone else would” or “It is the local cultural practice to give gifts”. When people behave ethically, such justifications are not required.

Our view of leadership does not mean that effective leaders who are ethical must abandon their objectives to make the world a better place. Instead, it requires them to recognize that to achieve their goals, they first must acquire the power to make things happen; settling for what is achievable at each stage of their journey towards their goals. Machiavelli was the first to explain the ethical dilemma; leaders who put the purity of their ideology first and are unwilling to make the compromises needed to achieve power end up being ineffective.

As Deng Xiao Ping, put it: “It doesn’t matter whether the cat is black or white, as long as it catches mice” or as Rishi Sunak, the UK Chancellor of the Exchequer, explained at the Conservative Party Conference on October 4 2021: “I care about what works, not about the purity of any dogma”. The message was the same during the Global Financial crisis, when Mario Draghi (Governor of the European Central Bank) declared “Within our mandate, the ECB is ready to do whatever it takes to preserve the euro. And believe me, it will be enough”[9].

Making decisions that are both ethical and effective requires consideration of six steps, each reflecting a different ethical approach:[iii][10]

1.The first step is to establish the opening balance in our “Moral Capital” account, which reflects our beliefs, values and purpose.[iv] The personal “Moral Capital” we accumulate can be represented in three circles, using the planet as an analogy.[v] Although the boundaries between the circles are drawn as fixed frontiers, in reality, they are porous, allowing influences from each of the circles to flow into each other. 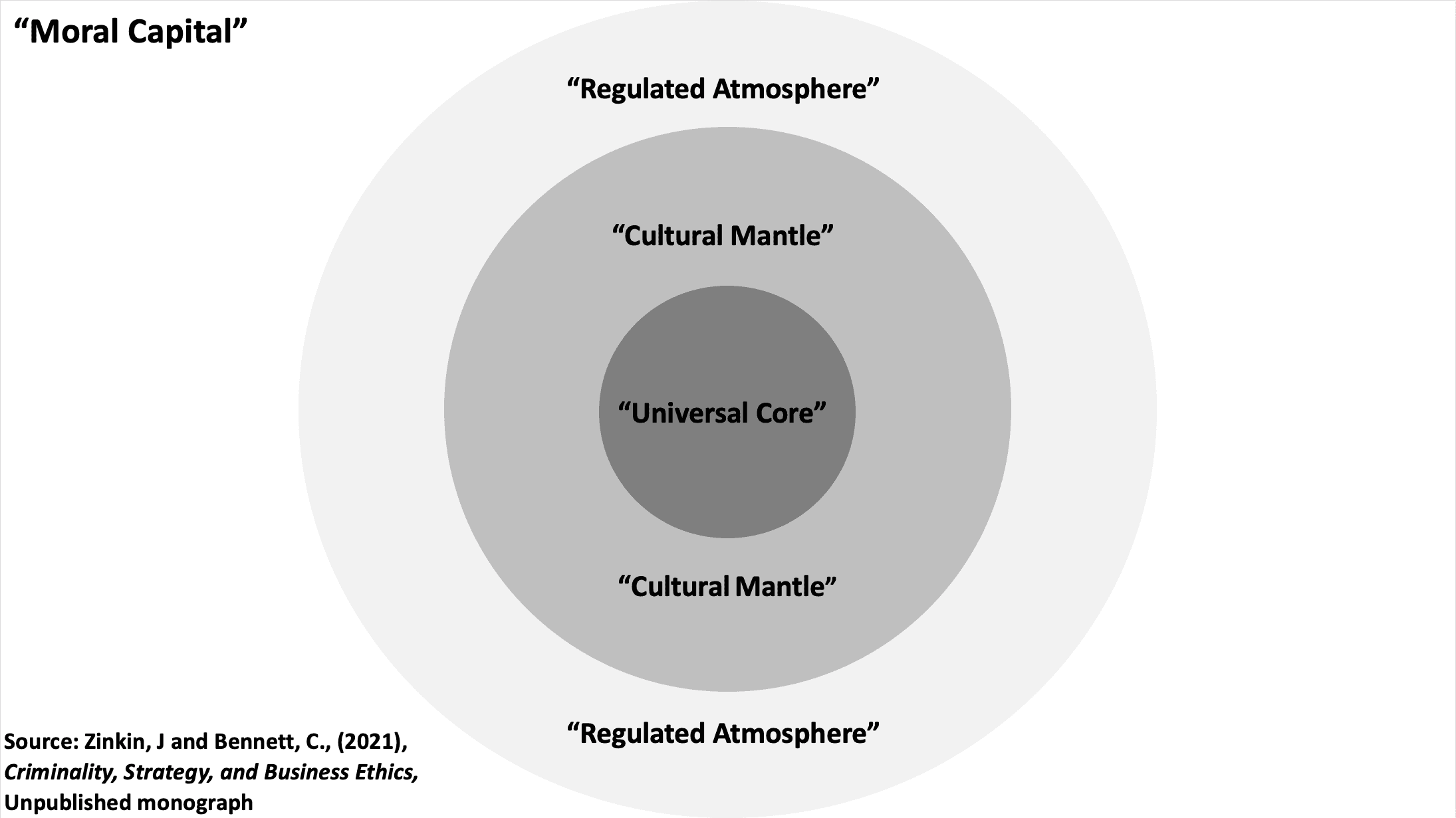 Figure 2” “Moral Capital” and Circles of Beliefs and Values

The circle at the centre of Figure 2 reflects Lewis’ moral laws; the “Universal Core” of beliefs and values that major faiths endorse, summarized in the “Golden Rule”.

Principles that are sometimes questioned or ignored belong in the second circle – the “Cultural Mantle”. The interaction of diverse cultures creates a world with more possibilities but also creates stresses and strains in polities and organisations. Differences in the “Cultural Mantle” have increasingly found expression in the “culture wars”, which appear to have broken the USA into four different “tribes”[11] whose desired destination for America have become increasingly incompatible. Boards, senior management and employees may belong to different cultures and experience dissonance and disengagement when conflicts arise. Conflicts between goals of groups are contextually conditional, making it hard to decide which set of values and beliefs has priority. What is right in one context may be wrong in another.

Once our initial “Moral Capital” has been established move to step 2.

2.Here we determine the effectiveness of proposed actions in achieving the purpose. Do the “ends justify the means”[vi]? Only once we have verified that proposed actions will deliver desired ends through a process of external and internal stakeholder engagement, should we move to step 3.

4.The fourth step is to apply the predictability test.[viii] Without this step, implementation of decisions is often contradictory and confusing. Only once we have checked that proposed actions align with other policies and procedures; should we move to step 5.

5.A critical step is to determine the utility of the decision; whether it delivers the maximum benefit for the maximum number of people affected by it. Once we have a reasonable belief that what we are proposing will deliver the greatest good for the greatest number, we should move to step 6.

6.Finally, we must decide whether we are personally comfortable with what we are proposing or what we are agreeing to, based on self-image ethics, considering the impact of our decisions on our “Universal Core”, “Cultural Mantle” and “Regulatory Atmosphere” beliefs and values. Does the balance in our “Moral Capital” account increase or diminish as a result of our actions?

An obstacle in moving to the next step at any step in the cycle shown in Figure 3, is a red flag; warning that the decision might be ineffective, unethical, or both. In such a case, we must re-examine our assumptions and reasoning; and then decide whether the risks are still worthwhile 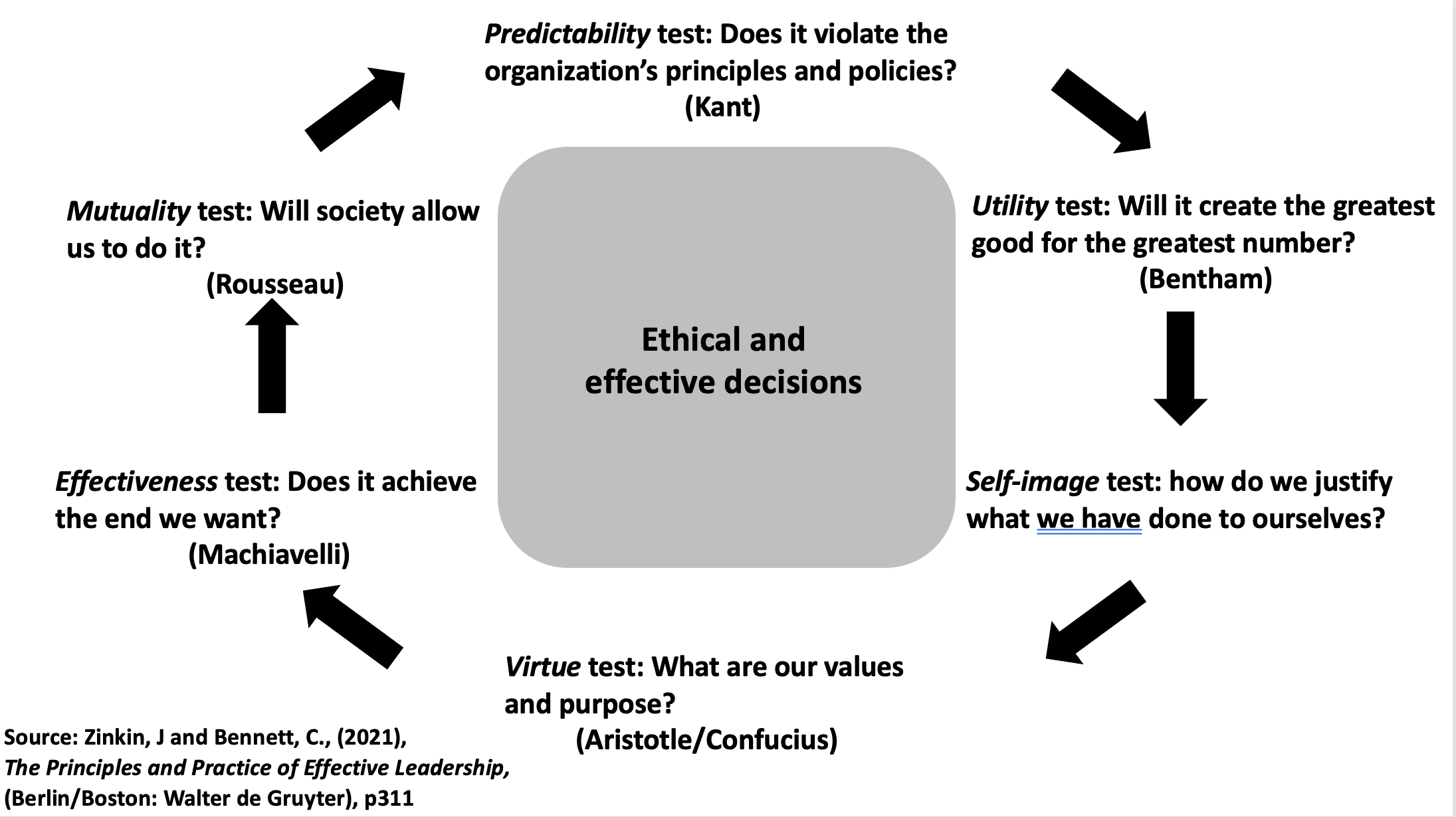 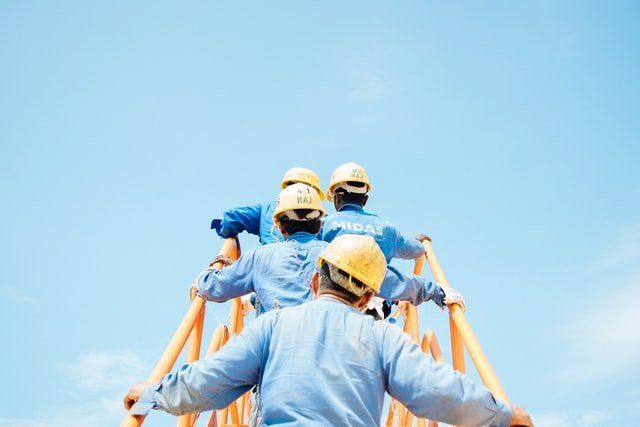 [i] Toxic leaders lack integrity and honesty, lie to bolster a compelling vision; put their personal glory above the well-being of others; are narcissists and arrogant fostering incompetence and corruption; intimidate, demoralize, demean and marginalize others; violate opponents’ and followers’ basic human rights; retain power by undermining potential successors and fail to nurture other leaders; feed followers’ illusions, misleading through untruths and misdiagnoses, based on fear; stifle constructive criticism, “shoot the messenger”, encouraging compliance; set constituents against one another, encouraging division; and subvert institutions, structures and processes intended to generate truth, justice and excellence.

Christopher Bennett
Chris is co-author of "The Principles and Practice of Effective Leadership". He is an experienced director, and senior executive with significant international exposure. He has held directorships for major British and American companies. Chris is now focused on research, writing, and facilitation/teaching. He has many published publications. His interests are centred around how corporate governance is impacted by human behaviour as it occurs in Boards and Top Management Teams, with a particular interest in how these factors manifest in different cultures, and in complex company groups.