R Gopalakrishnan or Gopal, as he is fondly known, has an impressive 45 years of experience in senior leadership positions under his belt and an illustrious academic history to boot.

His career began at Hindustan Unilever as a management trainee in 1967. From there, he worked his way up.

Twenty years later, he was appointed executive director of exports and chairman of Unilever Arabia in 1991 to establish and manage Unilever’s consumer products business in the Arab countries.

After three decades in Unilever, he subsequently joined Tata Sons, a holding company to The Tata Group, as executive director in 1998.

The essence of great leaders

When The Leaderonomics Show asks for his take on leadership, Gopal comments that “a leader is a person who can gain followers.”

“There is no leader without followers and no followers without a leader. And to get people attracted, a leader should touch hearts.

“A complete human being can be touched when you touch the mind and the heart of a person. Leaders who speak to the mind are many. But leaders who can touch your heart are fewer,” shares Gopal.

As for how leaders can touch the hearts of people, Gopal says that self-awareness is fundamental.

“The key issue is to become self-aware without becoming psychotic or a ‘God-man’. We are not talking about this category of people.”

Sharing his nuggets of wisdom on self-awareness, Gopal says that there are four stages in which our activities are carried out.

There is immersion (where you are focused on what you are doing), operation (when you perform the act of doing something), contemplation and reflection.

He calls it “A Route of Contemplation and Reflection”, and writes about it in his first book,The Case of the Bonsai Manager: Lessons for Managers on Intuition, published in 2007.

If you follow this cycle, says Gopal, you become increasingly aware of what effect you have on others.

“For example, if I am egoistic or a sharp-tongued leader (which all of us are capable of becoming in one way or another), if I sit back, reflect and contemplate, I may have a feeling that – Oh, I didn’t intend to be rude.

“But it turned out that he thought I was rude, so I must change the way I speak to him. That is the essence of self-awareness.”

“It comes from within you. Many leaders, especially those who are already successful, become self-obsessed and think they are moving the world. When you get into that mode, you cease to be self-aware.”

Another way to increase self-awareness is to get a life partner, he says. “If you want to buy one ticket for self-awareness, get married!” Gopal chuckles.

He calls it the “The Clementine Effect”. The story goes that one day during the Second World War, Clementine, Winston Churchill’s wife wrote a letter to her husband to express concern about how people disliked Winston’s way of talking.

She wrote: “My dear Winston, nothing in the world I love more than you. I don’t want bad people to say bad things about you. Would you please mend your ways?”

“So your husband or wife will always tell you what’s wrong with you!” Gopal laughs.

Gopal shares thoughts on what it takes to maintain balance and succeed in his book When the Penny Drops: Learning What’s Not Taught.

Published in 2010, Gopal delves into the three worlds of a manager – the inner world, the world of relationships and the world of getting things done.

In my world, I’ve got my own ambitions, dreams, hang-ups, concerns, anxieties and phobias. They are mine, they stay with me and never get expressed, though others may notice them.

2. The world of relationships with others

No human being is an island. Everybody has to relate and talk to someone, even if you are an unfriendly person. You have to get your food from somebody. There is a constant connection. Some people receive more messages, others receive less.

3.  A world of getting things done

There are seven billion people on this planet. All of us have to get something done to be economically useful. Those who don’t, don’t survive.

Even a sweeper has to get something done – to collect his/her broom and cleaning materials from the store.

Gopal explains that we are constantly moving from one world to another without being aware of time.

Each of us, regardless of our level of education, religion or colour of skin, move in and out of these worlds in a unique way. Each of our unique pathways account for our distinct personalities and determine our style of leadership.

According to Gopal, managers learn through the experiences of managing situations in each of the three worlds.

A company’s and an individual’s development depends on how well these lessons are learned and the balance maintained between them.

For leaders aspiring to be truly great, Gopal has a piece of advice: “It’s what you do and encounter that makes a leader, not how you are born. Your DNA has an influence, but it’s not the sole determining element,” he quips. “We are all born the same.”

“Of course, if I was born very poor, without access to education, school or health, it can be a severe disadvantage, but it is not the single biggest determining factor.

“When you go through life experiences, you are influenced by these experiences and that’s how you learn what nobody has taught you.”

Gopal likens it to getting the “Aha” feeling – when the penny drops and you finally understand. At the end of the day, these experiences and “penny drop” moments matter most in moulding a successful leader, he concludes. 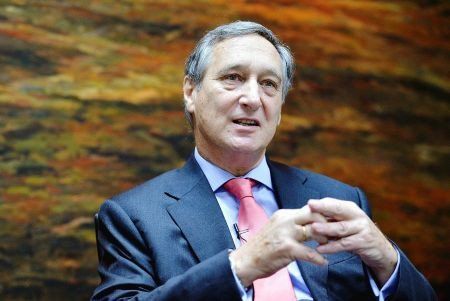 A Career That Stands The Test Of Time