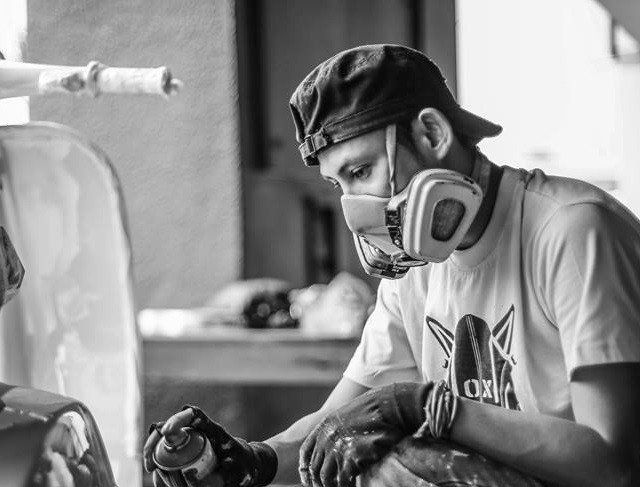 When I was little, there were times when mum and I would walk through back alleys from where she parked her car to go to our neighbourhood pasar malam because of limited parking spaces nearer to the market.

Along that back alley, I would frown looking at the images and ‘colourful’ languages sprayed across the poor walls.

Talk about the nuisance of graffiti.

On the contrary, in my school, we had colourful drawings and edifying words executed directly on the walls too; and we call it a mural.

While street art has been around in other parts of the world for decades, I’d say that the movement in Malaysia caught on after Ernest Zacharevic’s masterpieces were showcased in Penang.

Today, street art not only functions as tourist attraction, but as a mean to bring out the character (and soul) of a building or city.

I got hold of Mohd Zaki bin Nordin, or Eki, a muralist or graffiti artist who goes by his street name Escapeva, to share his creative and unique journey.

“I discovered my love for spray-painting by chance when I was painting with a friend,” says Eki, who has a diploma from Malaysian Institute of Art and a degree in graphic design from Kuala Lumpur Metropolitan University College.”

Prior to becoming a full-time muralist, Eki worked for a company as an event coordinator and a graphic designer, while he took on commissioned painting works in his available time.

“It came to a point where it was a real struggle juggling between the two responsibilities. I eventually took the plunge to quit my nine-to-five job and focus on fulfilling my heart’s calling.”

Eki’s work on a school mural

Staying true to his street name Escapeva, which stands for “escape visual art”, Eki describes his choice of career as being “free like a bird”, whereby he takes ownership of his own time and work.

Being in such liberty also means a lot of hardwork and self-discipline to ensure he can sustain himself financially, and not end up doing nothing.

“The flip side of being your own boss is that you need to work doubly hard than those who hold nine-to-five jobs since there is no steady stream of income.”

“Commissioned work doesn’t come very often. On a monthly basis, one to three commissioned wall works is already a good catch. And such work takes from one or two days to a week to complete, depending on its complexity,” says Eki when asked about the frequency of his commissioned work.

“From my travels to countries like Myanmar, the Philippines and Indonesia, finance and ‘survival-ability’ seem to be the common theme among artists like us.

“Perhaps it is not a bad thing because it pushes me to always look out for opportunities and slots of upcoming events through much reading and research, besides making new connections and promoting my works to the market out there,” continues Eki.

When Eki is not working on walls, he keeps himself occupied with non-commissioned works, live spray-painting demonstrations at events and personal projects.

On a daily basis, he sketches in his “black book”, a graffiti term used to denote an artist’s precious sketchbook where outlines and ideas to be executed are kept.

To feed his spray-paint “addiction”, Eki paints walls on the same spot or at new designated locations once a week as his form of improving and mastering his artistic skills. It is Eki’s playground for experimentation on some of his quirky ideas.

In Eki’s opinion, all you need to become a muralist is to explore the unlimited creativity and imaginative side of you, and not bound by what others think about your artwork. Above all, you need to love what you do.

The artist in his best element

“Remember that you are what you choose to be in your career. Do you want to remember yourself doing something you don’t enjoy in your current job? Or would you rather pursue your passion and give yourself some time to see if it works out?” ponders Eki, who actually gave himself 10 years when he first ventured into the unknown.

For his journey as a muralist thus far, Eki describes it as interesting and challenging at the same time: “It’s a love-hate relationship really. You do feel a sense of awkwardness when you witness others going through the ‘normal’ life cycle – you study, graduate, work, fall in love, settle down and live happily ever after.

“My life cycle is that of continuous learning, painting, studying and exploring. And there seems no end to it. Instead, it’s always a ‘to be continued’ mode. However, it greatly encourages me when people simply appreciate and recognise what I do. That is what keeps me going in my pursuit of escapism and freedom of expression,” beams Eki, who plans to have his own brand label of clothing lines and café in the near future.

I asked Eki what he hopes to achieve through his artwork on walls, and this is his response: “I like to add life to the surroundings. I don’t use walls as a propaganda tool, but to spread messages of fun, wonderment, humour, quirkiness and happiness.”

His concluding advice for aspiring artists or muralists out there?

To see the extensive work of Escapeva, check him out on Facebook at www.facebook.com/thegreatescapeva or Instagram @escapeva. On another note, do you love your job and would like to share your journey with us? Write to us at editor@leaderonomics.com. For more A Day in the Life articles, click here. 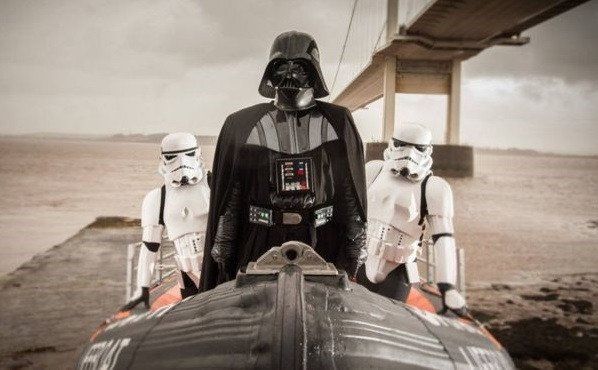