Start With The Man In The Mirror 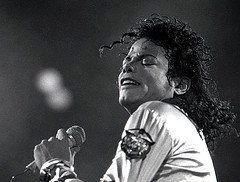 I’m starting with the man in the mirror, I’m asking him to change his ways; And no message could have been any clearer, If you wanna make the world a better place, Take a look at yourself, and then make a change
~ Man in the Mirror, Michael Jackson

On June 25, 2009, the demise of the King of Pop took centre stage days before he was to make his comeback act. When the news broke out, the entire world focused on the life and songs of Michael Jackson (MJ). I remember getting sucked in between feelings of excitement and sadness, to celebrate the life of such an interesting personality and to mourn his untimely passing.

I looked back and started reminiscing my favourite MJ songs, way back when little MJ sang the song Ben. In fact, I played Ben for my own little boy numerous times. However, one song always stood out for me – Man in the Mirror. Man in the Mirror was released in the “Bad” album in 1988 and has a timeless message. The message is simply that if you want to change the world, you have to start with yourself. The song urges us not to just look from afar and complain and lament, but to change who we are. All change begins with us. All change begins inside of us. All change starts with self-awareness

As I reflected on the song, I realised that therein lies the secret to leadership – introspection and self-awareness. What do these mean? I found these rather interesting definitions from Jane Purdue:

If you want a simpler definition, René Descartes described self-awareness as “I think, therefore I am” (Cogito ergo sum). Essentially, self-awareness is being conscious of what you are good at while acknowledging what you still have yet to learn. This includes admitting when you do not have the answer and owning up to mistakes. In our highly competitive world, this can seem counter-intuitive. In fact, many operate on the belief that we must appear to know everything all the time. We worry that people will question our capabilities, and this will lead to weakening our values as leaders.

The truth is completely an opposite. As MJ’s song aptly puts it, the man in the mirror we see once (or many times!) a day is seen all the time by others. So, everyone sees our strengths and weaknesses played out daily. Unless we take time to look in the mirror, we may not truly see ourselves as others do daily.

Check out Michael Jackson's Man in the Mirror Music Video

The benefits of self-awareness

Truly understanding what makes us who we are requires great introspection and time. We sometimes see the mirror reflecting “truths” about ourselves but we prefer to ignore them. It is so much easier to blame problems on others. Socrates, Benjamin Franklin and most great leaders believed that self-awareness leads to a productive and fulfilling life. Even Buddha adds in his two cents worth on self-awareness stating,
“All that we are is the result of what we have thought.”

In spite of all these self-awareness advocates, we need to truly believe the need to spend time getting to know ourselves. Why is this important? A 2010 study by Green Peak Partners and Cornell’s School of Industrial and Labor Relations cited that “self-awareness should be a top criterion. Interestingly, a high self-awareness score was the strongest predictor of overall success.

"This is not altogether surprising as executives who are aware of their weaknesses are often better able to hire subordinates who perform well in categories in which the leader lacks acumen.“

These leaders are also more able to entertain the idea that someone on their team may have an idea that is even better than their own.” As a leader of an organisation, pretending to know everything could create situations that can be challenging for you and your employees – loss of trust and issues of hiring the wrong talent arise.

On the other hand, when you take responsibility for what you do not know, your organisation benefits through increased credibility and trust and your effectiveness as a leader multiplies. As the study points out, you are more likely to look for answers or help from others in the organisation, enabling you to leverage the strengths of the entire company.

Must Read: Do You Know Who You Are

Self-awareness is also the foundation of emotional intelligence. Lack of self-awareness handicaps your ability to self-manage (how can you manage what you are not aware of?) and be socially aware. The higher your level of self-awareness, the smaller your blind spots are. Self-awareness helps you sell better and when you are self-aware, you are more likely to nail down that big interview, for example.

Philippe Rochat from Emory University believes there are five levels of self-awareness:

Which phase are you at in your self-awareness journey? Many of us may not realise that we are potentially stuck in Level 1 or 2 and continue to superficially believe myths we have created about ourselves.

Watch this great quick video from Roshan Thiran on self-awareness:

What should I be self-aware on?

The next question you will ask me is what you should be self-aware on. I suggest starting with the following areas:

In 1982, researchers videotaped two bowling teams playing several games. Members of each team then watched the recordings to improve. However, the videos received were edited differently with a team receiving a recording of only their mistakes while the other team’s video only highlighted their good performances.

After studying the videos, both teams improved their game, but the team that studied its successes improved its score twice as much as the one that studied their mistakes. This research concludes that focusing on yourself, regardless if you focus on your mistakes or strengths, yields improvement. But zooming in on your strengths was significantly more beneficial.

Read More: Why Self-Awareness in the Key to Great Leadership

I just took the entire Leaderonomics team on a “strengths retreat” a few weeks ago where all of us explored our strengths together. There were numerous “aha” moments for us during the retreat. If your organisation is not a strength-based organisation, work with your human resources leaders to become one.

2. Know how you learn

Learning is the cornerstone of growth. Learning is also a very painful process and many of us avoid “real” learning as it hurts. Do you know how best you learn? Are you a visual, auditory or kinetic learner? Once you are self-aware about your personal learning habits and style, you become a more effective learner and leader.

Peter Drucker wrote about a self-reflection process he termed as “feedback analysis”. He described it as follows:

“Whenever you make a decision or take a key decision, write down what you expect will happen. Nine or 12 months later, compare the results with what you expected.”

Leaders who practise this approach gain significant insights about themselves and become self-aware on their decision-making power. Warren Buffett never fails to write down the reasons why he is making an investment and checks back years later to see if it went right or wrong. Through this process, he learned more about himself.

Many people struggle to answer questions about themselves. Ask yourself these questions that follow. If you do not have a clear answer for them, keep asking yourself until you figure out what the answers would be:

New research by Korn Ferry analysts David Zes and Dana Landis confirms the direct relationship between leadership self-awareness and organisational financial performance. Zes and Landis wrote in their whitepaper, A Better Return on Self-Awareness, that “public companies with a higher rate of return (ROR) also employ professionals who exhibit higher levels of self-awareness.” Their research provides the following key arguments:

Stock performance was tracked over 30 months, from July 2010 through January 2013. During that period the companies with the greater percentage of self-aware employees consistently outperformed those with a lower percentage (Zes and Landis, 2013). Knowing this, we must realise that self-awareness is NOT a soft skill that is nice to have in organisations. It is a critical leadership competency that every leader in every organisation must strive to posess.

MJ’s last album Invincible was rather profound. To me, it was his self-awareness album. The 1997 album seems to be MJ’s way of apologising to the world for all his mistakes. He clearly seems to indicate that every action he took not only affected him but everyone around him. MJ seemed to have finally found himself.

“To thine own self be true, and it must follow as night the day: thou canst not then be false to any other man.”

I’m gonna make a change
For once in my life
It’s gonna feel real good
Gonna make a difference
Gonna make it right…
~ Man in the Mirror, Michael Jackson

Listen to this podcast by Roshan Thiran as he goes deeper into the "Man in the Mirror" topic in this exclusive:

Roshan Thiran is madly passionate about “changing the world”. However, he is making sure he is taking frequent breaks to “nosce teipsum” and changing himself first before he attempts to change the world. You can read more of his articles at https://www.roshanthiran.com/ or follow him on LinkedIn or Facebook. Another great way to learn directly from Roshan is via necole. Necole is a state of the art learning platform that curates personalised learning just for you. To find out more about necole, click here or email info@leaderonomics.com